← You Can’t Herd Cats, But They Will Hunt Together Mission Command: An Elusive Philosophy Whose Time Has Come →

The Map and The Territory: Complexity as Challenge and Opportunity

My blog this week is an extended version of a comment I made a couple of days ago on Adrian Wooldridge’s (the Schumpeter columnist) report on the 5th Drucker Forum in The Economist. It also picks up from last week’s blog, in which I reported on the project management panel in which I participated.

The overall theme of the 5th Drucker Forum was “Managing Complexity” and one of the inadvertent spins that title may have put on the sessions was that complexity was something to be coped with and reduced rather than a phenomenon that could also be embraced and explored. Thus one of the themes that emerged from a comment from the floor of the Forum was that while complexity is certainly a challenge, it is also an opportunity. 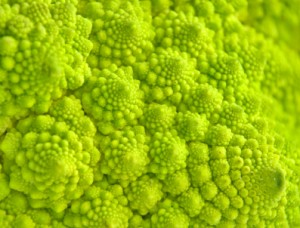 Fractal Complexity in Florets of Broccoli

A fundamental source of complexity not mentioned in the conference plenaries, but which was discussed on our project management panel, is fractal or scale complexity. Benoit Mandelbrot in his book, The Fractal Geometry of Nature, illustrated this kind of complexity by asking “How long is the coastline of Britain?” It turns out that the answer is scale-dependent – the length of the coastline depends upon the scale at which you measure it. For example, the CIA World Factbook records it 7,723 miles (no scale mentioned); the U.K. Ordnance Survey measures it at 11, 073 miles (scale 1:10,000). If one measured it with a micrometer, it would be much longer still. At the limit the length of the coastline zooms to infinity.

This is not just a geographical oddity; it applies in many areas. Consider the challenges of managing a modern car manufacturing process, where the tolerance of skin panels in the best plants is less than 0.5mm. Compare that with a British car manufacturing process from the 1950’s, where body tolerances of 0.5 inches were considered good going! The former is a much more complex, fine-grained process requiring a highly sensitive system that detects errors quickly, learns and responds rapidly. It has to stick as close to the root of the error as possible. The result is a lean production process of the kind pioneered by Toyota, which demands the engagement and attention of everyone on the shop floor. In the coarse-grained 1950s plant all it took was a worker with pot of molten tin at the end of the line to fill in the gaps! No learning on the shop floor was required…

The Map is Not The Territory

When it comes to projects, scale effects are everywhere. Typically projects are planned at fairly coarse-grained levels but they have to be executed “on the ground” at much finer resolutions. The gap between these two levels – between the “map” and the “territory” – often has dire effects as problems are encountered on the ground that could never have been seen from the air.  These effects are often compounded by the structures of incentives in a transaction. Both customers and contractors will often specify and bid their projects at very coarse-grained levels; the former to get their project approved within a tight budget and the latter to submit a low-ball price to get the job. Once the work begins, reality sets in and the change orders and extras start coming. This is how contractors make their money and how budgets, especially those on large, one-off projects, can exceed their original targets by many multiples.

Complexity is also an opportunity for businesses to excel. Every successful seller of so-called commodities (like steel) knows that the best way to decommodify anything is to “zoom” in tight to understand the customer’s use of the product or service at a much finer grain than the coarse-grained customer or product categories to which they are often assigned. Harvard’s Clayton Christensen (who is on the speakers’ list for next year’s Drucker Forum) calls this understanding “the job to be done” and its elucidation often yields stunning insights into how to add knowledge in the form of features of products and services that have never been thought of before. An ability to look at the world through different lenses is obviously helpful here and young organisms, both individuals and firms, often excel at it.

This need to manage (and learn) at finer and finer scales has been a feature of technological advance throughout the centuries and it shows no sign of slackening. Although technology advances can simplify procedures e.g. when the stents are used to clear arteries instead of open-heart surgery, the proliferation of diseases and treatments as we get into the molecular levels of diagnostics leads to much greater complexity. The development of deep siloes of knowledge and functional specialization has been a response to this. But, as Roger Martin pointed out, our ability to differentiate has not been matched by a corresponding ability to integrate, either organizationally or intellectually.

In his book, The Innovator’s Prescription, Christensen shows why general hospitals struggle because they try to integrate around too many different business models. He argues that the different models have to be unbundled and managed separately so that the various suppliers of health services can integrate around single models. The result will be an ever-changing tiered ecology of services as technology advances. Within existing organizations radical decentralization, the flattening of the hierarchies and the use of project teams can all help. At the individual level Tim Brown of IDEO has called for T-shaped thinkers – those with both a deep domain of specialization and broader, shallower experiences in other disparate fields that allows them to make novel connections.