← European Union: If You Have Them By Their Wallets, Will Their Hearts and Minds Follow? The Map and The Territory: Complexity as Challenge and Opportunity →

You Can’t Herd Cats, But They Will Hunt Together 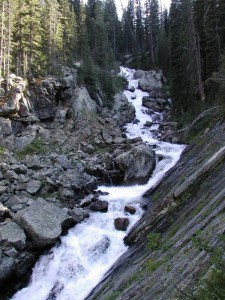 Over the weekend I got back from Vienna, where I attended the 5th Annual Peter Drucker Global Forum, the theme of which was “Managing Complexity”. Last year I attended my first of these extraordinary conferences on the strength of my prize-winning essay, which I had entered for the Peter Drucker Global Essay Challenge. This year I returned and a few weeks before the session was asked to be a panelist on the topic of “Project Management, Systems Thinking & COMPLEXITY”.

I must confess that my heart had sunk a little when I saw the words “project management”. Almost everything I have read about the topic over the years has depicted a process that seemed to flow like a Cartesian cascade in a hard-rock canyon. All the thinking appeared to be done by the folk at the top and all the work was done by those at the bottom, where their behaviour was constrained by a straightjacket of action plans and deadlines imposed from above. This impression had been matched by my experience in the companies I had worked for, where I came to think of “project management” as a tool for corporate oppression. “Stretch goals” were handed down from on high with arbitrary deadlines from which there was no appeal. “Administrative practices” were applied to get them done. Deviations from those action plans were likely to show up in one’s performance review. “Make it happen” was the corporate mantra.

Cats Will Hunt Together

We had discussed such issues in our pre-panel conference call and had agreed to go in and improvise round some themes. Johan Roos, our moderator, ran a brilliant process; he began by outlining his own experience as the dean of a business school and likened the management of academics to “herding cats”. Terry Cooke-Davies, the designated speaker, gave an excellent framing presentation, saying that he wanted to talk about projects and not project “management”. Then the process really got underway with project expert Philip Diab and I responding to Terry’s remarks, Johan asked the participants to discuss certain topics and all of us responded to their questions and comments. 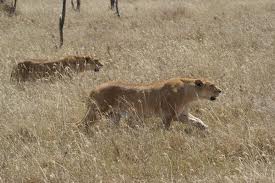 Lionesses hunting together: attention and coordination without central control

I began my comments with my corporate experiences and then told the participants of what happened when we were taken over in a leveraged buy-out (LBO) that went spectacularly wrong. We owed the bank so much money that it was their problem too, not just ours, and we found ourselves in a morass of complex issues. We formed a score of project teams, gave them all the information we could, and sent them off to find out “what the **** was going on”. We gave them a deadline to report back to us on what was happening, but made it clear that we trusted them to give us a speedy assessment and clear recommendations on what the corporation should do. In that process we found that projects could be a vehicle for personal growth and liberation. “You can’t herd cats” I said to the meeting, “but they will hunt together.” The key to effective projects is learning how to create the appropriate “hunting” contexts and then to “Let it happen.”

The essential difference between hunting and herding behavior is that the former is a “pull” dynamic, depending on trust and attraction, while the latter is a “push” model that relies on structural power and compulsion. The problem is that effective hunting dynamics require development over time to produce the virtuous habits and values that are critical to coordination without central control. There is no doubt that the hunting dynamic is much more effective in situations requiring exploration and learning, but it is difficult to scale. Herding behavior, on the other hand, can be quickly imposed top-down and is easily scaled; unfortunately it only works in situations requiring exploitation and repetition and, even then, not very well. The result is a tension between learning and performance that has to be addressed continually in large successful enterprises. Of particular relevance to this topic were John Hagel’s remarks in his plenary talk at the conference on the present need for “scalable learning” in organizations, as opposed to the “scalable efficiency” of the past.

After an hour and a quarter the panel ended with a group “huddle” as we came down off the speaking platform and interacted with the participants on the ground. Many of them said to me that it was one of the best panels of the conference and how much they had enjoyed the process. Over the next few weeks I will blog further on the conference and the other topics raised in the panel discussions.