← Breaking the Cake of Custom: A Cavalry Charge with Fresh Horses The Re-Enchantment of Management and The Renewal of Capitalism →

The Poverty of Economics: Capitalism Is Not Just About Competition 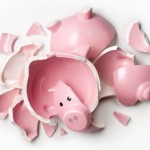 Last week David Brooks wrote a column titled “The Creative Monopoly” (New York Times, April 24). In it he told a story about Peter Thiel, the entrepreneur who founded PayPal and the course he is now teaching about entrepreneurial startups at Stanford University. One of Thiel’s students posted some remarkably coherent class notes on line and Brooks’ took his text from them.

Thiel questioned the assumption that capitalism was synonymous with markets and perfect competition. He argued that firms, especially startups, should not aim to be competitive but to find what Brooks called a “creative monopoly”, with a distinct market, niche and identity.

Throughout his column Brooks groped for an alternative way of framing the issue, but still wound up using the language of economics. His struggle underlines the poverty of narratives based on economics, especially in its neoclassical incarnation. Economics does not care where markets (or firms, for that matter) come from – they are just there and range from “perfect” markets, where all players have the same perfect information and all products are commodities, to imperfect markets where the risk of monopolies is ever present. Static, equilibrium-based neoclassical economics is all about the allocation of resources and the distribution of wealth. Without people, a plot, or progression, economics cannot tell compelling stories. And that matters for a story-telling species that looks for compelling narratives to make sense of cause-and-effect in their world.

The ecological perspective, on the other hand, is dynamic. It is all about the conception and birth of enterprises, about the process of finding resources and the creation of wealth. This is the essence of capitalism. The ecological narrative is much more powerful way of telling that story. New ventures are conceived in passion and founded in communities of trust. They begin their lives by serving the needs of a small community. As Peter Thiel points out, the Goldilocks principle applies; not too small and not too large. If the community is too small, it may not have any potential for growth. If it is too large, then it’s likely to be a competitive market already. If the community is just the right size to sustain the young venture, then it will have found a niche – a “creative monopoly”.

If that niche grows, then over time that niche community will become a market. Other suppliers will emerge to serve it, many of who may offer similar products or services. Only now does true competition break out and economics start to become relevant to understanding the process. Economics remains relevant as industries grow and, depending on many factors, some firms start to attain market power. If they try to do this by interfering with the workings of the market – colluding with competitors, for example – they will be defined as a monopoly and attract the wrath of the justice system.  The authorities should act to restore a competitive market and the equilibrium that flows from it. Here endeth the economics lesson. 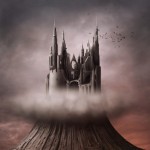 there are other more subtle ways of achieving market power. Regulated firms may be able to “capture” their regulators in the same way that Fannie Mae captured Congress during the run-up to the housing crash. Simon Johnson, former Chief Economist of the International Monetary Fund, has argued that over the years Wall Street has captured the Fed. To understand this phase of capitalism we have to turn back to an ecological framework again. It tells us that power will be used to preserve the status quo, to freeze organizations and institutions. Power will be used in many ways to keep things the way they are. In primitive political systems it will take the form of violence, as we saw in Tunisia and Libya and are seeing in Syria. A more widespread manifestation of power is in endemic bribery and corruption. Lobbying, a more subtle use of power still, can be hugely effective in getting favorable legislation. The most sophisticated use of power is to capture the narrative of an organization or institution. Johnson points out that over the decade leading up to the Crash of ’08, the belief in America grew that what was good for Wall Street was good for the country. This story was spread and reinforced – aided and abetted – by the revolving door between the financial services industry and government.

As people in organizations focus on the means to personal success and power, they forget about the collective ends. Firms focus on maximizing shareholder wealth, rather than delighting customers. Insensitive to what their customers (and potential customers) are doing, they will be the last to learn of significant change. Unable to adapt, their strengths will become weaknesses as circumstances change. Eventually this leads to crisis and destruction, unless the organizations or institutions can be renewed. The ecological perspective even gives us an indication of how this process of renewal happens. But that’s another story…