← Disrupting the Past: (Channeling David Brooks #2) The Poverty of Economics: Capitalism Is Not Just About Competition →

Breaking the Cake of Custom: A Cavalry Charge with Fresh Horses

Organizations have to do two things to survive in a sustainable fashion:

The current term for this ability of organizations to both “exploit” and “explore” is “ambidexterity”, but it has long been a concern for managers and students of management. The “father” of modern management, Peter Drucker (1910-2005), was constantly preoccupied with the tension between continuity and change. In this matter he identified most closely with Walter Bagehot (1826-1877), the founder of The Economist, who coined the term “the cake of custom”. Bagehot noted that while forming virtuous habits was a great achievement, breaking them in order to improve the system was even more difficult: “The great difficulty which history records is not that of the first step, but that of the second step. What is most evident is not the difficulty of getting a fixed law, but getting out of a fixed law; not of cementing … a cake of custom, but of breaking the cake of custom; not of making the first preservative habit, but of breaking through it, and reaching something better.” [Physics and Politics (1869) p.33]

Breaking the “cake of custom” is now the challenge faced by Western management practice and thought. The habits of the last fifty years served us well for a while, as we perfected the skills necessary to build large-scale repetitive businesses. Now the challenge has changed from repetition to one of creativity and innovation: we have to reinvent ourselves.

In its essence this concern for continuity and creativity is an ecological concern, for every viable ecosystem must continually reconcile the processes of growth with the processes of destruction. Thus it is also the central concern of The New Ecology of Leadership. In the book I use Alfred North Whitehead’s quote “The art of progress is to preserve order amid change and to preserve change amid order” to strike a keynote for Part I, which covers the dimensions of change. 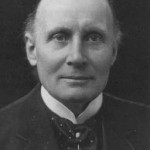 The difficulty of changing deeply embedded habits cannot be underestimated. Whitehead (1861-1947), whose career bridges the gap between Bagehot’s and Drucker’s, expressed it well:

“It is a profoundly erroneous truism, repeated by all copy-books and by eminent people when they are making speeches, that we should cultivate the habit of thinking of what we are doing. The precise opposite is the case. Civilization advances by extending the number of important operations (that) we can perform without thinking about them. Operations of thought are like cavalry charges in a battle — they are strictly limited in number, they require fresh horses, and must only be made at decisive moments.” 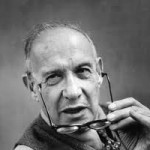 The New Ecology of Leadership brings “fresh horses” to the battle between habit and novelty. Peter Drucker always talked about our need to “think through” issues but I was never quite sure what he meant by “thinking”. Although he described himself as a “social ecologist”, my impression was that he accepted the academic separation of thought and action, whose roots go back at least as far as Plato. On the one occasion when I met him at a book signing I asked him if he was a Platonist to which he replied that he was a “mongrel Platonist”, which didn’t really help!

Thus the fresh horses that the book brings to the battle is the concept of an embodied mind that can think about the world in just as many ways as it can experience it. Thought and action are no longer separated and we can act our way into better ways of thinking just as easily as the other way around. Couple this with an ecological concern for context and the role of experience in learning becomes critical. When we think about how to reinvent ourselves and our organizations we should be asking; “What kind of immersive experiences do we need to act our way into better ways of thinking?” The answers will vary from organization to organization. In some nations a period of national service for every young adult can have a significant impact. For example, in their book, Start-Up Nation: The Story of Israel’s Economic Miracle, Dan Senor and Saul Singer identify the Israeli army and the networks and training that it provides for young soldiers during their national service as kick starting the entrepreneurial networks that many join after they are finished. Many Mormons describe their two-year mission in foreign countries as a formative experience that had a profound impact on them. In private sector organizations such immersive experiences need to be planned as part of the management development program. Those going through the program need to have access to mentors or coaches, who can help them on their journeys. I outline how this can be done in the book.

“A cavalry charge with fresh horses at the decisive moment”: I like that!