← The Poverty of Economics: Capitalism Is Not Just About Competition Sustaining Complex Systems: Fairways and Traps →

The Re-Enchantment of Management and The Renewal of Capitalism 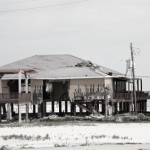 Recently the Harvard Business Review, McKinsey & Company and the Management Innovation eXchange (MIX) conducted a series of three competitions on “Reinventing Management”. The first was the The Management 2.0 Challenge, which characterized the existing version of management as version 1.0 and looked for something new. The second competition was The Beyond Bureaucracy Challenge, which encouraged entrants to come up with disruptive ideas that might allow organizations to manage without managers. The third and last contest, which closes at the end of this week, is The Long-Term Capitalism Challenge. The description reads: “It’s time to radically revise the deeply-etched beliefs about what business is for, whose interests it serves, and how it creates value.”

Yesterday I submitted an entry based upon The New Ecology of Leadership. You can read it here: The Re-Enchantment of Management and The Renewal of Capitalism. In it I argue that the house of management is sitting on sand: it has to revisit the philosophical foundations upon which it has been based these past fifty years. That is, it has to revisit its ontology (what reality is), its epistemology (how we know about reality) and its methodology (how do we go about exploring what can be known).

In the late ‘50s the management academy was reformed along what were then regarded as scientific lines. The philosophical approach in vogue was a variety of positivism, which had proliferated because of its apparent success in the hard sciences, like physics. The social science that best demonstrated what the management scientists were trying to do was economics. Positivism believes in a hard reality that exists independently of us. We know it by creating representations of it in our minds and use rules of logic and probability to manipulate those ideas and then to implement our conclusions in the form of action. This is the root of the separation of mind from body, concepts from percepts and reason from emotion. It follows from this perspective that the only way to do know about the world is to do controlled experiments that follow the scientific method and excluded the influences of body, perception and emotion!

This approach functions well in the inanimate hard sciences but does not work in the humanities and social sciences, especially in management. Here (perhaps fortunately) controlled experiments are not possible. The best that management scientists could do was to extract “principles” from apparently successful organizations and suggest that management “apply” them in their own organizations. Although this approach appeared to work for a while, recent results have been less than satisfactory. There has been a progressive “financialization” of society and its institutions and all sectors of society have not shared in capitalism’s benefits. The belief in the workings of free, unfettered markets has become an article of faith among many. The means have run away with our ends; we have become obsessed with “how” and forgotten about “why”.

In short, this approach has created a dismal, misanthropic form of capitalism. At the same time, it has led to the progressive disenchantment of management. After decades of perfecting our means, we need to revisit our ends, our mission and purpose as individuals, as communities, as societies and perhaps even as a species.

The critical questions that need to be continually asked at all levels are as follows:
1. What’s the situation?
2. Where are we going?
3. Who benefits or loses and by what mechanisms of power?
4. Is this development desirable?
5. What, if anything, should we do about it?
6. Who am I? Who are we?
7. What do people like me/us do in situations like this?
8. What’s the situation….

The answers to such questions may require a good deal of analysis but the overall form in which they are given has to be a compelling narrative. This is a point that I have made in several of my blogs and is featured in my submission. Capitalism is about much more than competition in free markets. Capitalism is about the nurture and release of human potential and the sharing of the benefits with all, in ways in which the dynamic is sustained. That implies the sustenance of many systems, not least of which is the planetary ecosystem upon which we all depend. It is a human story with “big muscle movements” – desire and passion, obstacles and challenges, struggle and persistence. In short, it is a story that narratives based upon neoclassical economics cannot tell. That’s why we need to revisit management’s intellectual foundations.