← Communities of Faith and The Spirit of Capitalism Drucker Forum: Capitalism 2.0 – New Horizons for Managers: Asking the Right Questions →

Management in China: The Problem of Trust 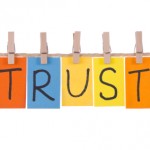 The Problem of Trust

Some weeks back New York Times columnist Tom Friedman wrote an article about China and its perceived lack of ability to innovate. Some say that innovation is not in the Chinese DNA and that their rote education system inhibits their ability to think and act in novel ways. Friedman disagreed with this diagnosis, but argued that they lacked something even more basic: trust. He went on to suggest that the Chinese are caught between two modes of living; the rural society of farms and families where there is trust and an urban society that ought to be governed by the rule of law, but isn’t. This latter mode has not yet developed and indeed some argue that the Communist Party and its monopoly on power have stalled progress.

Friedman held out hope that network innovations like Alibaba.com, which functions rather like eBay and PayPal but on an industrial scale, would introduce a modicum of trust into the society. If this happens, he suggested, we are going to see a lot more innovation coming out of China.

I am not so sure about that. Markets, like the law, economize on virtue and the minimal amounts of trust required to run them are not enough to create an innovative society. And the society has a long way to go. The fact is that the Chinese culture, whether on the Mainland or in the overseas diaspora, is intensely family-centric when it comes to trust. As S. Gordon Redding points out in his fine book The Spirit of Chinese Capitalism,the foundations of the family lie in Confucian political philosophy and values instilled over generations. The family is the only institution that has survived China’s tumultuous history and it has developed powerful dynamics that reinforce trust within the family and deny it to outsiders. I experienced these dynamics firsthand when I worked on the design and delivery of management development programs in Chinese Family Businesses (CFBs) in Hong Kong and China.

Chinese Family Businesses and Their Dynamics

CFBs, with their strong work ethic, their history of migration and insecurity, and their emphasis on portable skills are famously entrepreneurial. They are entrepreneurial in the elemental sense of traders who act as intermediaries; they love to spot opportunities and do deals. This entrepreneurial flair is coupled with a strong need for control and power. The result is paternalistic, top-down organizations that actively discourage all dissent, let alone innovation, from employees. Chinese entrepreneurs tend to focus on technically simple businesses that can grow to considerable size without demanding complex management structures e.g. real estate, shipping and textiles. In the case of my clients, however, their businesses had become large and were technically complex, with factories and offices spread around the world. They needed a cadre of managers and they needed to develop both their “high potentials” as well as a number of loyal retainers, who had been with them a long time but were now being called upon to do much bigger jobs. In the West members of this latter group would probably be quietly “retired” but not so in a CFB where they perform an essential role as the “eyes” and “ears” of the family. As one might imagine, however, this was hugely disruptive of any corporate structure.

The Role of Expatriates

As CFBs grow in size they usually hire a number of gwailo (foreigners) – managers with extensive Western corporate experience – into what appear to be senior positions. They came in as expatriates on three to five year contracts and are typically paid more than they could earn in their old jobs. That, together with Hong Kong’s minimal taxes, makes it a lucrative proposition. Although there were organization charts and job descriptions, budgets and plans, these were on paper rather than in practice. One of the firms, a public company but controlled by the family, had recently moved from a functional organization to multidivisional structure, but neither captured the real workings of the organization. Underlying all the paper structures and processes was the original CFB network that linked the father (the son of the founder), who was CEO, his wife who was “treasurer” and his son, who had recently entered the business. This is a traditional CFB arrangement, where the men make the strategy while the women control the purse strings. The son was clearly the heir to the business: nepotism is endemic in CFBs and is regarded as perfectly natural, given the centrality of the family and its survival. Thus the network of family and loyal retainers within the corporation is the real information and decision-making system, no matter what the formal organization charts say or the titles convey.

The assumption made in hiring the gwailo in the first place seemed to be that their knowledge was explicit and something could be relatively easily transferred over a three to five year period. This of course is not the case – a good deal of management know-how is tacit and performance is a function of the organizational context in which managers find themselves. Good organizations can make ordinary managers look like stars; bad organizations can make them look ineffectual. Many of the gwailo coming to Asia for the first time are stunned to find that the shiny organizational “levers” were not actually connected to anything. In addition, the deferential attitude of their employees and the power of the CFB network make decision-making very different from anything they are familiar with. In the West the move is away from autocratic modes of operation to more democratic ones that encourage innovation. In China, however, many of the gwailo told me that they had had to become much more autocratic to get anything done. In addition they had to make sure that the CFB network was onside; otherwise they might find their orders ignored and spending on even small “budgeted and approved” projects denied.

The situation was not helped by the fact that few family members of the CFB aspired to be corporate managers – they wanted to stay entrepreneurs and do deals! So many of these CFBs were stuck – the family members couldn’t go back to being entrepreneurs without stepping away from the large-scale corporation they had created, but they didn’t trust outside professionals to run the organization for them. It’s a classic Catch 22 or social trap that CFBs may have trouble extricating themselves from.

I have no experience of the former Chinese state-run organizations but everything I read about them suggests that they are even more lacking in trust than CFBs. They are even less likely to be either entrepreneurial or truly innovative.