← The Spirit of Capitalism: the Quakers and the First Industrial Revolution Seeing The World With New Eyes →

Catch 22: The Anatomy of a Social Trap 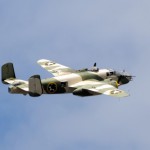 Joseph Heller’s best-selling, satirical novel, Catch-22, gets it name from the self-contradicting circular logic that the book’s protagonist, Captain John Youssarian encounters while on active service as a B-25 bombardier during World War II. This was the logic that prevented anyone from avoiding combat missions. As the narrator in the book puts it:

“There was only one catch and that was Catch-22, which specified that a concern for one’s safety in the face of dangers that were real and immediate was the process of a rational mind. Orr was crazy and could be grounded. All he had to do was ask; and as soon as he did, he would no longer be crazy and would have to fly more missions. Orr would be crazy to fly more missions and sane if he didn’t, but if he were sane he had to fly them. If he flew them he was crazy and didn’t have to; but if he didn’t want to he was sane and had to. Yossarian was moved very deeply by the absolute simplicity of this clause of Catch-22 and let out a respectful whistle.” (p. 56, ch. 5) (thanks Wikipedia)

Catch 22 is, of course a variation on the ancient liar’s paradox, the written assertion that “this statement is false”. If the statement is true it’s false and if it’s false it is really true. One ends up in an endless loop. A more complex dynamic is what Gregory Bateson called a “double-bind”’ in which a person or a group gets two or more messages that contradict one another. Typically the messages are at different levels so that a text is contradicted by the context. A correct response at one level is wrong at the other level and vice versa. You are “damned if you do and damned if you don’t”. The concept of the double bind was first used to understand the dynamics of schizophrenia but double binds are now seen in many forms of control.

In The New Ecology of Leadership I describe social traps, where individuals, firms and institutions can get stuck in spiral dynamic, where the short-term rewards are positive but the long run results are damaging. The situation tends to worsen over time until a crisis of some kind blows up the trap. Recently I found a neat example of this reported in The New York Times.

Most American public pension funds continue to assume future annual returns of 7% to 8% in what others have described as a “world of 3%”. Almost all of their plans are currently severely underfunded. A recent report from the Center for Retirement Research shows that funding in 2001 averaged 101.9%, with 59 out of the 123 funds measured over 100%. The projections for 2011 show an average of 74.8% with only 10 out of 126 funds above the 100% level. Yet despite warnings that the assumptions are indefensible there is a huge reluctance to change them. Why?

It turns out that several of the major players are in spiral traps, where the short-term payoffs are either positive or at least not negative. Trustees of the funds with political connections don’t want to drop the rates because that means raising property taxes, which means that incumbent politicians may not get re-elected. The public-sector unions don’t want to see the rates drop either, because that will spur attempts to cut the benefits that they negotiated in better times. Presumably union leaders that acquiesced to that would not be re-elected either!

Pension fund trustees are trying hard to cut liabilities by suspending cost of living allowances, increasing contributions from employees and reducing benefits for new hires. Unfortunately these small tweaks would be swamped by any downward changes in the return assumptions. The lowering of the return assumption from 8% to 7% in New York City’s five pension funds would increase the annual contribution required by $1.3 billion!

In the past, growth of various kinds was the universal solvent for such problems at all levels of society.  In the high-growth era following World War II the population increased, individuals went shopping, firms grew and government tax revenues increased. As growth slowed everybody – individuals, corporations and governments – borrowed to continue their spending habits. Now, with the prospects for real, robust growth in the Western World looking slim, we may be in for an unpleasant dose of reality and a new appreciation of the frugal, virtuous habits in which capitalism first took root. (See last week’s blog)

This entry was posted in Change, General and tagged complex systems, fund returns, pension funds, public service, social traps, sustainability. Bookmark the permalink. ← The Spirit of Capitalism: the Quakers and the First Industrial Revolution Seeing The World With New Eyes →