← Drucker Forum: Capitalism 2.0 – New Horizons for Managers: Asking the Right Questions The Ecology of Health Care: in Sickness and in Health →

“Horses for Courses”: Changing the Guard at Citibank 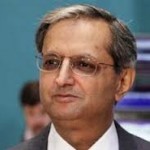 This week Vikram S. Pandit resigned suddenly as CEO of Citibank, together with his longtime lieutenant and business partner, John Havens, who was President and COO. Although Pandit claimed that he left voluntarily, it is clear that he and Havens were pushed by nonexecutive Chairman, Michael O’Neill. The separation of Chairman and CEO offices is still not the norm on Wall Street but advocates of it say that it is situations like this that underline its value. O’Neill, a career banker himself, appointed longtime Citi executive, Michael L. Corbat, as the new CEO. “There is a British saying about horses for courses,” O’Neill said, “and Mike Corbat has a sort of single-minded data approach that is right for the job today.”

“Horses for Courses”; how does one judge “horses” and “courses” in a business enterprise? It’s instructive to look at the context and review how Pandit and Havens were hired in the first place. As Joe Hagan tells it in his comprehensive article in New York magazine, the pair were brought into the bank by Robert Rubin, who acquired their hedge fund for $800 million in 2007. This was a staggering amount, considering the fund had performed poorly in that year, earning less then a money market account. But Rubin saw in Pandit something of himself. Indeed observers say that Vikram Pandit was an “Indian version” of Robert Rubin – an incredibly smart financial engineer but awkward with people and impatient with glad-handling of any kind. This is where John Havens came in; Havens was Pandit’s alter-ego – Mr. Outside to Mr. Inside. He was WASP, born to wealth, married to an heiress and a trader, adept at selling the complex securities that Pandit would construct. They made a dynamic duo.

In any event Rubin argued that by acquiring their hedge fund Citi would get the benefit of Pandit’s formidable intellect and a future of CEO. When the former lawyer, Chuck Prince, stepped down as Citi’s CEO in the wake of billions of subprime losses, Rubin lobbied hard to have Pandit replace him and eventually he had his way. Pandit came into the job as “the smartest guy in the room.”

The central concept in The New Ecology of Leadership is that of the “sweet zone”. Organizations are seen not just as complex systems but also as ecological processes – movements. They are conceived in passion, born in communities of trust and practice, grow through the application of reason and mature in power. Power then tends to ‘freeze’ them, restricting their ability to sense and respond to changes in their environment. This can lead to crisis and destruction. The idea of the sweet zone is for the organization to move between the domains of trust and power using the twin logics of leadership and management to stay out of the twin traps of too much stability (the success trap), on the one hand, and too much change (the failure trap) on the other: 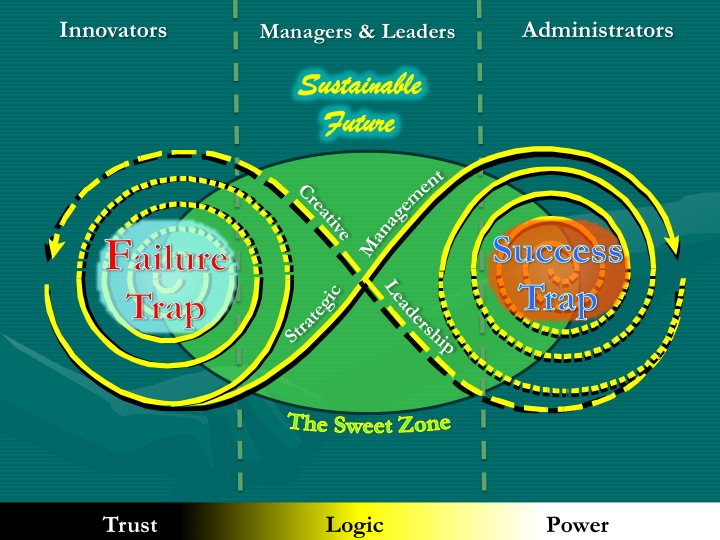 The ecocyle with the sweet zone and twin traps

If one can locate the organization on the ecocycle and use it to understand the current dynamics, then one can decide what kind of management and leadership is needed for the next stage in the organization’s development. Giant synthetic enterprises like Citigroup are typically in a stability or success trap. There is little trust in such organizations, which often consist of several powerful fiefdoms engaged in the organizational equivalent of a civil war.

Uncomfortable with people and disliking confrontation, Vikram Pandit brought his own team into the bank to help him navigate the challenges and play the power game; they become known as the “Gang of Five”. This arrangement probably made Pandit comfortable, because it allowed him to cogitate for hours in his office, cut down on his direct reports and use trusted intermediaries as his go-betweens. The effect of this arrangement on other senior executives, however, was less benign; it encouraged perceptions of cronyism and of a distant, inaccessible CEO who did not listen to or trust his senior people.

A Return to “Traditional” Banking? 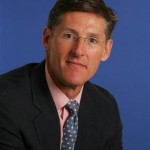 So now Pandit and Havens are gone and presumably the rest of the “gang” are on their way out.  Exactly what a “single-minded data approach” means is unclear. It sounds like a classical operational turnaround. In some ways Corbat seems to resemble Michael O’Neill himself, who had built a reputation for rehabilitating troubled banks by taking the tough hands-on action to slim down the institutions to their essentials. If any two people can do it, Corbat and O’Neill, traditional bankers both, may be just the duo to hack a path through the sprawling financial supermarket that Citigroup became, focus on the profitable businesses, sell off the “non-core” assets and get back to the basic business of taking in deposits and making loans. At the same time, however, the approach had better include people as well as data. Citigroup’s culture is widely described as either a “swamp” or a “snakepit”. Super-smart people like Vikram Pandit may try to delegate their people problems but traditional bankers have always understood that relationships are key and that the CEO ignores them at his or her peril.

For students of management the next few months should be a real treat.