← Shareholder Value Part III: A New Narrative for Capitalism The “Comeback Kid” Comes Through and the Perils of Improv →

“Go Ahead: Make Our Day” – What Clint Eastwood Might Have Said 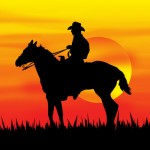 Cowboy in the Sunset

The unintended highlight of the Republican National Convention (RNC) last week was Clint Eastwood’s rambling address on Thursday that consumed 13 minutes of precious prime time, delaying Mitt Romney’s acceptance speech. Scheduled for only five minutes in the rigidly scripted program, his improvised question-and-answer session with an imaginary President Obama was baffling rather than inspiring.

What were the organizers thinking? Eastwood had already endorsed the governor in a fundraiser in Sun Valley, Idaho during the summer. Perhaps they believed that Clint could reprise his “Halftime in America” performance in February’s Superbowl advertisement for Chrysler, but in a conservative rather than a commercial cause. There, in two minutes, he had delivered a powerful narrative of passion, challenge and hope. What could he have done in five minutes? The overwhelming need at the RNC was for the party’s speakers to reach out to the undecided voters (the faithful have nowhere else to go). As a fiscal conservative and a social liberal, Eastwood was well positioned to play that role

I have no vote in America, so I do not have to agonize over choices among candidates, but I am a student of leadership. For the Republicans this was a “decisive moment”, when small acts of leadership can make a profound difference, for better or for worse. I let my imagination run free over what Clint might have said:

Clint: “I know something about stories. I have been a storyteller all my life, first as an actor and then as a writer, director and producer in an industry whose mission it is to tell compelling stories. I know how important stories are to the story-telling animals that we are. Entertainment is one thing, but a good story is much more than that. A good story helps us make sense of why things happen in the complex, sometimes chaotic world in which we live. The stories that we tell ourselves create our center of gravity, our very identity. The stories that organizations, communities and societies tell themselves do the same for them.

I am here tonight because I fear that we in America are losing our stories. Our stories used to tell us who we were and why we were here; they gave us a sense of mission and purpose that informed everything we did and how we did it. Now we are losing that sense of who and why and have become preoccupied with the what and the how. The result has been a profound loss of meaning in what we do. For too many Americans, especially our 23 million (this is the figure Clint used but the official number is 12.8 million) who are unemployed, the only emotion they feel now is not hope but despair; instead of challenges they see nothing but obstacles. Passion has been replaced by apathy. Many of our institutions, especially those in government, are no better. They are going through the motions but have long lost their sense of direction – where they are going and why. The same could be said of our political parties – the “what” and the “how” of getting elected have overwhelmed the “who” and the “why” of serving in government in the first place.

We need a new story of passion, of challenge and of hope. We can no longer ignore the serious problems that face this country but we need to reframe them in a way that turns dangers into opportunities. This has always been the American Way. It is the very essence of American Exceptionalism; to take a daunting situation and to triumph over it against all the odds. A lot of the characters I have played in the movies do that. They face uncaring bureaucracies and scheming politicians or gangs of assorted criminals and bad guys. They take on tough situations and they do what they must do to fix them. Yet, the characters I play all have a strong sense of values about what is right and wrong and what is best for the community as a whole. I may be a cowboy, but my heart is always in the right place.

This is what my heart tells me. We need to go back to our roots. The pioneers who built this great country had a very clear sense of both their individuality and their community. In the past what attracted many people to the Republican Party was its concern for both the individual and community. I know that is what drew me to the party when I first became politically aware. We must not forget that. Yes, we need capitalism but no individual can be successful in a vacuum, without support and without a network – we need strong, vibrant communities too. We need strong, vibrant, thriving communities of capitalists.

Who better to lead us on this mission than a man who combines the best of both the individual and the community? He is a man whose faith informs his belief in the power and importance of community, while his career has proven to him how capitalism can release individual creativity and innovation. Mitt Romney is a man of action whose heart also in the right place. He is the man to lead us on this new journey, this new mission that will revitalize the American dream and give us a new story that will turn despair to hope, obstacles into challenges and apathy into passion!

Go ahead; and let’s make our day, a new day for America!

Of course, such a speech would have appealed only to the undecided voters. It would have had no traction in the convention hall at all. Over the past few years the moderate Republican Party that could embrace the tension between the individual and community has moved sharply to the right, as if there were a simple tradeoff between the two. It’s unlikely that Mitt Romney is going to be able to bring the party back to the centre. In addition, many voters see him as a man without a heart; to them he comes across as a cold, emotionally repressed calculator.

Four years ago Barack Obama delivered a compelling narrative of hope and change that lead to an electoral landslide. The uncertain economic recovery since then has made that story a lot less persuasive. It will be interesting to see how the Democrats handle the situation in their convention this coming week in Charlotte, North Carolina. One can be sure that no gunslingers will be invited to speak!

2 Responses to “Go Ahead: Make Our Day” – What Clint Eastwood Might Have Said