← “Go Ahead: Make Our Day” – What Clint Eastwood Might Have Said Essay Based on The New Ecology of Leadership Wins a Top Prize in the Drucker Global Challenge Essay Contest 2012 →

The “Comeback Kid” Comes Through and the Perils of Improv 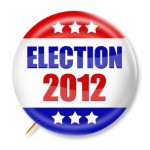 Last week I wrote about Clint Eastwood’s unintended highlight speech at the Republican National Convention (RNC) and this week my topic is the Democratic National Convention (DNC). Clint Eastwood has since revealed what he was thinking when he gave his speech. He had refused to be scripted because “I don’t know what I’m going to say”, and got the idea of using the empty chair as a prop when he saw it ten minutes before he addressed the meeting. The risks were huge for, as improv experts will tell you, only a fraction of the ideas in a new improvisation actually work. That is why you want to experiment in front of small, forgiving audiences, where it is safe to fail, and not on national television in a high-stakes moment!

The DNC was quite different from the RNC. Firstly, it was infused with positive emotion for the party’s various causes and united in its support for its candidate. At the RNC, on the other hand, the only shared emotion seemed to be a visceral antipathy toward Barack Obama, with their own candidate leaving them feeling tepid. Secondly, the DNC seemed better organized. Michelle Obama told a compelling story about her marriage to Barack and her concerns about him running for the Presidency. These down-to earth sentiments seemed to resonate broadly and painted her husband as a family man with concerns for “people like us”. Most commentators of whatever stripe admired the speech, except for Charles Krauthammer, the conservative writer for The Washington Post, who described it as “brilliantly cynical”.

The star of the show, however, was Bill Clinton. The self-described “Comeback Kid” showed how effective it can be to have a pre-written speech that allows small-scale real-time improv as events unfold. And unfold they did. After a few minutes into his delivery, I found myself thinking of anthropologist Lorna Marshall’s description of a community as being in “vibrant response” to each other. She was describing a small hunter-gatherer community talking round their campfire with their contrapuntal “ehs” being spoken in response to everything a speaker says. There was something of the same dynamic going on in the DNC, but on a much larger scale. I counted from the transcript about 130 bursts of applause, laughter or verbal responses during the roughly fifty minute address – that’s about one every 23 seconds!

A quote attributed to William James says that “humor is the shortest distance between two people” and the sparks of humor really flew between Clinton and the delegates. There were some lovely moments. He neatly skewered the Senate Republican leader, Mitch McConnell, for saying that the party’s highest priority was to make Obama a one-term president. He summarized the Republican argument against the president’s re-election as follows: “We left him a total mess. He hasn’t cleaned it up fast enough, so fire him and put us back in.” The emotional energy in the room seemed to build with every crack and jibe.

All the while Clinton was dispensing “facts” (with the usual political spins on them) and explaining complex situations. He reminded the undecided voters how he had worked with the reasonable Republicans from earlier eras and underlined his understanding of the situation from his personal experience: “I get it. I know it. I’ve been there.” He used short, crisp sentences without any propositions from Wittgenstein. “Let me ask you this…” he queried the audience, and “you be the judge”. The phrases were catchy; the Republican’s policy was to “double-down on trickle-down” and it was a “winner-take-all-you’re-on-your-own society” versus “we’re-in-this-together”.

It was a master politician, still at his peak, practicing his craft expertly. The result was akin to an old-fashioned religious revival that rallied the faithful, charged them with their purpose and sent them forth on their mission “to build a more perfect union.”

All but the most staunchly opposed to the DNC and their presidential candidate must have found it difficult not to say “Amen” to that.