← From Machines to Plants: Wandering in The Gardens of Democracy “Go Ahead: Make Our Day” – What Clint Eastwood Might Have Said → 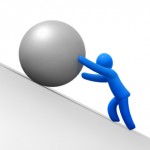 The ripples from Joe Nocera’s August 10 column in The New York Times, “Down With Shareholder Value” continue to radiate throughout the blogosphere. This past week I came across Miguel Padró’s Yahoo blog, “Is ‘Maximizing Shareholder Value’ No Longer the Goal”. In it he outlined the current efforts of the Business and Society Program at The Aspen Institute to “rethink our current narrative of the corporation in society”. Certainly the corporate narrative needs rethinking. For the past thirty years it has been a tale told by economists, who frankly make lacklustre storytellers. Maximizing shareholder value is a Sisyphean task, with no passion and no development. It is a sentence to an eternity of hard labor.

Unfortunately many of the other management writers of the 20th Century didn’t do much better telling the story of the corporation. Their tendency was toward triumphalist accounts of the evolutionary victory of the multidivisional corporate form over lesser modes of organizations like family businesses, partnership, co-operatives and so on. These latter forms of organization were often dismissed as relics of a bygone era: the corporation would conquer all. And for a time it seemed that those forecasts were correct. By 1967, John Kenneth Galbraith was sure that we were living in The New Industrial State, where large firms were concerned only with their maintenance and survival, not with maximizing anything, for that would involve too much risk. According to Galbraith, the outlook for the future was more of the same, and society had to protect itself accordingly, through the use of countervailing power. He was wrong, however, for it was exactly this situation that created the platform for the next stage in the process; the overthrow of managerial capitalism by shareholder capitalism. And overthrow it, it did. Miguel Padró cites an excellent article by Professor Gerald Davis, entitled “The Twilight of the Berle and Means Corporation”, that reveals how much the corporate structure in America has changed over the past decades. For the last twenty years the public corporation in America has been in decline.

While it is true that the joint-stock company did emerge in response to the inability of family businesses and partnerships to handle burgeoning scale during the Industrial Revolution, there is no reason to think it reflected purely evolutionary dynamics. There were surely ecological processes at work as well. The multidivisional corporation could certainly handle large-scale operations more efficiently, but it was not necessarily “fitter” than its predecessors in all circumstances, any more than a mature oak tree is “fitter” than an oak seedling. The mature oak is bigger, stronger and more developed than a seedling, but it is not more highly evolved. They are different in an ecological way, not in an evolutionary sense.

That’s fortunate, because the context-free evolutionary processes of variation, selection and retention don’t make for riveting narratives either. Ecological stories, on the other hand, with real people operating in space and time, do make for compelling narratives. Only a nonlinear, ecological perspective can see how firms are conceived in passion, born in communities of trust, grow through the application of reason and mature in power. Only an ecological perspective can grasp the role of crisis and destruction in the renewal of an ecosystem and resonate with our own experience that learning and success often come through struggle and failure. And that’s really useful, because it is not just the narrative for the corporation that needs rethinking. It’s the narrative for capitalism itself that has to be revisited.

The Power of Narrative 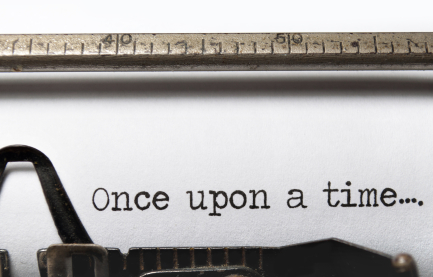 Narratives are not just nice; they are essential for the life of humankind. We are story-telling mammals that make sense of our lives and those of our institutions through compelling stories. Stories allow us to tease out chains of cause-and-effect over time from the complex systems in which we live. Ever since we sat together around our hunting-gathering campfires, we have been telling stories about who we are, where we came from and where we are headed. Every social entity has a narrative “center of gravity” that constitutes its identity. If that narrative is either lost or becomes less engaging, then the identity of the institution as well as its sense of purpose diminish accordingly. One of the central roles of leadership in renewing an organization or institution is to bring its narrative back to life.

So what is the new narrative of capitalism going to look like? It’s still too early to tell, but an ecological perspective suggests that that there has to be a return to its smaller-scale roots in community. The word “capitalism” was coined only in the mid-19th Century; the virtuous habits of industry and thrift that allowed capital to accumulate in the first place can be traced back to at least two centuries earlier. They can be seen most clearly in the beliefs and behaviors of the English Nonconformist religions that emerged after the civil war (1642-1651). It was the political benefits of similar habits that Alexis de Toqueville observed in America a century and a half later. If those patterns of behavior are to be repeated, modern communities are going to have to take back many of the services and products that they have outsourced to the global marketplace and giant corporations. They will have to re-localize them as family, cooperative, mutual, and state-owned enterprises, for which there are many models from the past.

An essential catalyst for this move will be recognizing the true costs of all the “savings” that we as consumers have been making via globalization. Apart from fixing the system of national accounts so that, for example, they stop focusing on quantity and ignoring quality, we need to track all the costs of our consumption back to their sources. As Umair Haque pointed out in The New Capitalist Manifesto, if the $3 hamburger was actually charged back with the subsidies it received, and burdened with the externalities it created, it would probably cost well over $30! Once we understand the true costs of the way we live now, the new narrative of capitalism will help us understand how we can live better in the future. It will begin perhaps something like this: “One upon a time there was a small community of trust and practice whose members wanted to change the world…”

One Response to Shareholder Value Part III: A New Narrative for Capitalism