Evolution is Smarter than We Are

The essence of an ecological perspective on organizations and their challenges is that one looks to nature and evolution to understand the workings of complex systems and how these problems have been solved in other contexts. From there one can use systems thinking to apply the lessons to the new situations. The role of ecological analogies in this is to help one understand complex webs of cause-and-effect.

A few days ago a colleague of mine referred me to the work of Zimbabwean biologist Allan Savory who has been restoring arid “desertified” landscapes using an approach that mimics nature’s. The traditional reasons given for desertification are over-population and over-grazing that exceed the carrying capacity of the land. Climate change is usually mentioned in the same breath. It turns out that this rather static view of ecosystems is incorrect – even when land is rested by removing both animals and people, it show little signs of healing.

Allan Savory suggests what he calls a more holistic approach to the problem, invoking the name of the famous South African soldier and statesman, Jan Christiaan Smuts. In 1926 Smuts coined the word in his book, Holism and Evolution, where he contended that matter, life and mind, far from being disparate “things”, were “a more or less connected progressive series of the same great Process.”

Smuts’ book was a work of philosophy rather than science but he anticipated the emergence of systems science and decried the tendency, still widespread today, to “spread Nature on a sort of Procrustes bed of our concepts and cut off here and there what appears surplus or unnecessary or even nonexistent to our subjective standards.” Similarly Savory identifies the four principles of “holistic management” of land as: 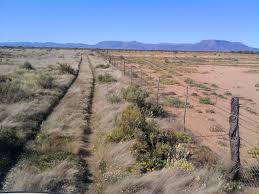 One suspects that these principles emerged retrospectively from Savory’s experiments in which he has achieved some startling results. The contrasting landscapes from South Africa’s Karoo semi-desert region show holistically managed land (on the left) compared with traditionally managed land (on the right). Savory uses livestock “bunched and moving” to mimic the behavior of wild herds, which bunch together as protection against the pack hunters like lions and hyenas and keep moving to find new tastier grasses to eat. The livestock break soil crusts, allowing the soil to breathe and absorb water, they compact it for good seed to soil contact and fertilize it with their urine and their dung. And then they move on, giving the patch an extended rest.

From this experience Savory argues that the three landscape management tools are “animals, fire and rest” used in their prehistoric ways to create sustainable ecosystems.

Despite the power of the “before and after” pictures, Savory’s approach has attracted a number of criticisms and scientists searching for rigour find that they can’t replicate his results. Savory’s response is that every situation is different in important ways and even plans for the same landscape will vary significantly from year to year – what worked last year won’t necessarily work next year. Controlled experiments that try to replicate the effects of 2,000 head of cattle on 1,000 acres by using two heifers on one acre are unlikely to prove successful!

In many ways this discussion reminds me of the ongoing arguments in management about our inability to conduct controlled experiments and the difficulty of practising “evidence-based management”. In The Innovator’s Prescription, HBS’ Professor Clay Christensen describes how it used to be thought that leukemia was a single disease but it is now understood to be a set of symptoms resulting from any of thirty-eight blood cancers, with more still to be discovered. These different diseases use many different molecular pathways and treatments that are effective against one may ineffective against others. Until we have diagnostics that can differentiate every variety of disease that presents itself as “leukemia” we are unlikely to get clear evidence on which treatments work and which don’t.

So what advice does one give to practitioners in these situations? Snarky criticisms like “the plural of anecdote is not data” aren’t helpful. Practitioners have to act (or not act) in the here and now. The first injunction is “Do no harm”. But in the absence of established theory and solid data, helpful mental models and stories are all we have to go on. Philosopher Karl Popper understood this very well. In Appendix 1 of Objective Knowledge he described the “searchlight theory of the mind”, contrasting it with the traditional “bucket theory” that knowledge accumulated in the mind drop by drop. “At every instant of our… development we are living in what I call a ‘horizon of expectations’…in all cases this horizon of expectations plays the role of a frame of reference: only their setting on this frame confers meaning or significance on our experiences, actions and observations…Science never starts from scratch; it can never be described a free of assumptions…Today’s science is based upon yesterdays’ science…And the oldest scientific theories are based on pre-scientific myths. “

Allan Savory and his colleagues are at least out there in the field, trying something different and learning as they go. So, based on their experience, our advice might be:

One Response to Evolution is Smarter than We Are