← The Re-Enchantment of Management and The Renewal of Capitalism Bain or Bane? Private-Equity and Creative Destruction → 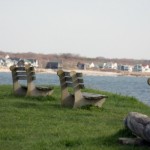 This past Sunday’s New York Times contained another cautionary tale about complex systems and the people who live in them. It is the story of the seaside town of Matunuck on the southern coastline of Rhode Island. The entire region is exposed to powerful northeaster storms and the beaches are constantly eroding. In Matunuck the shoreline has shrunk some twenty feet over the last dozen years. Pubs and cottages are threatened as well as the road that serves this small settlement. The community has three choices:

The folk who live in Matunuck want to protect the shoreline with seawalls and buy some time until technology comes up with a permanent fix (they hope). No one likes the third option, not even the environmentalists and scientists who recommend it. But the latter groups understand how complex systems work and how postponing difficult decisions can make the eventual costs much higher. The problem is that waves bounce off seawalls, accelerating the removal of sand from the beaches. Stability is bought in the short-term, but at the cost of much more severe change in the longer run.

In The New Ecology of Leadership I use several examples of natural systems as helpful analogies to understand human organizations. One is that of the suburbs of San Diego, which encroach increasingly on the fire-dependent California wilderness. When the wilderness burns, as it has evolved to do, people’s residences burn along with it. Yet the attraction of living on the edge of the “unspoiled” wilderness remains powerful. Another example I use is that of the barrier islands off the coasts of the Carolinas. The islands themselves are constantly on the move under the influence of wind and wave. Their movement disrupts the lives of people, who want to live safely on the edge of changeable systems, but without understanding the true nature of the complex processes at work.

As long as the processes of change are slow and their effects local, it probably doesn’t hurt to take the short-term “fix”. The few people involved can get out of the way before anything bad happens. But when processes get fast, like the fires in San Diego, or effects are larger than local, then it makes sense to take a longer view with the appropriate precautions. This approach applies to larger organizations like corporations as well as nations. A “run” on a financial institution can be just as quick and lethal as a forest fire and regulation and “prescribed burns” in the form of stress tests seem appropriate.

If short-term fixes are applied on a large scale, very large bills can accumulate; one can see this happening in America’s infrastructure, where roads, bridges, railways, levees and pipelines are crumbling. No real money has been spent on the roads since the Highway Program of the 1950s and the annual maintenance budgets have been squeezed as funds have become scarcer. America now spends less than 2% of GNP on infrastructure vs. 9% in China! Obviously China is building new infrastructure, but equally obviously under 2% of GNP is not enough to maintain America’s existing systems. Three years ago it was estimated that the cost of fixing the system would be over two trillion dollars!

What’s does it take to address the long-term issues in complex systems – to keep out of the short-term traps and stay on the “fairway”? The short, context-free answer is “leadership”. Leadership, it is said, is concerned with the important issues that address sustainability, as opposed to management, which deals with the urgent and the expedient. Unfortunately this response is true but not very helpful. Once we put it in the American political context, one can understand why. Most of the Founding Fathers rejected parties as disruptive and in contrast with a parliamentary system, Americans vote for people not parties. In fact the system depends upon having rather weak parties that allow plenty of cross-party alliances. The thinking was that these temporary coalitions would enable action to be taken for the good of the country as a whole. And for a long time the system worked.

Unfortunately the situation has now changed. These days so much money is required to run for political office, that appeals to the general interest can no longer get candidates elected; they must address special interests to get the funds they need. Election campaigns are now perpetual at all levels of office. 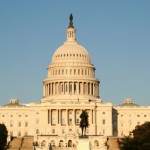 The Capitol Building in Washington

Even in the Senate, which has the longest terms of office, senators are spending so much time in their home constituencies that the feeling of community and solidarity in that body has broken down. The Senate has become as partisan as the House of Representatives. The need to appeal to special interests has resulted in much more polarized parties that remind one of those found in parliamentary rather than presidential systems. Without a powerful prime minister, however, whose party controls the legislature the way it does, for example, in the United Kingdom, the stage is set for gridlock.

Thus the very strengths of the American political system seem to have become weaknesses as circumstances changed. Major actions to remedy the situation are required and many have been proposed; term limits for all politicians is one idea. But it will probably take multiple crises before anything gets done. Back in Matunuck the Coastal Resources Management Council has approved the town’s application to shore up the road with a sheet-pile wall. The beach-dwellers fret that the backwash from the wall will destroy their buildings and, with its road protected, the town will have no incentive to save them. Others have concerns that this ruling will create a precedent for towns up and down the coast to pursue quick fixes. Over time this could turn a small local problem into a much larger, regional one.  And so we muddle on…. One begins to understand why Standard & Poor reduced America’s credit rating, saying that the decision “highlights what we see as America’s governance and policymaking becoming less stable, less effective, and less predictable than what we previously believed.”

This entry was posted in Change, General and tagged American politics, complex systems, decision-making, expedient, important, quick fix, Senate, sustainability, urgent. Bookmark the permalink. ← The Re-Enchantment of Management and The Renewal of Capitalism Bain or Bane? Private-Equity and Creative Destruction →