← Sustaining Complex Systems: Fairways and Traps The Spirit of Capitalism: the Quakers and the First Industrial Revolution → 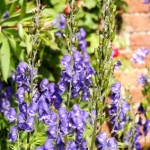 With Mitt Romney now the inevitable Republican Presidential candidate, renewed attention is being focused on his incredibly lucrative years running Bain Capital. In that private-equity firm he and his colleagues played key roles, mostly as the turnaround managers of mature organizations, but also in the support of business start-ups as venture capitalists. One of principal questions raised by pundits has been: Are Bain’s activities and those of private-equity a desirable feature of capitalism?

Earlier in the year The Economist weighed in with an excellent article on the subject. They reviewed two charges, firstly that private-equity plunders companies, and secondly that their executives do not pay enough tax. They cited evidence that the former charge is not true – average employment declines only 1% two years after a buy-out – and they argued that to the extent that the firms can improve productivity and hurry along the process of “creative destruction” that is “all to the good.” They agreed however that the U.S. tax code encouraged executives to pile too much debt onto the target companies. The proceeds of the debt are usually paid out in the form of dividends, which are treated as “carried interest” and taxed at a rate of 15%. The Economist argued that it should be regarded as ordinary income and taxed at a higher rate. In addition, they questioned whether private-equity actually generates superior returns for shareholder after its outsize fees are taken into account.

It’s helpful to look at the creative destruction dynamic of capitalism from an ecological perspective, based on the development of complex systems; a forest is a good example. In a forest creation and destruction take place on widely different scales at different times, with each creating the conditions for the other. Without creation there can be nothing to eventually destroy and without destruction in a mature forest there is neither space nor the fine-grained resources for anything to grow. Creation takes time, as organisms take root and grow in scale; destruction is always much faster. Trees grow slowly and a forest that takes decades to reach maturity can be reduced to ashes in a few days. A chainsaw is even quicker and more destructive, in that it leaves no nutrients behind for the next generation of growth.

The forest analogy has immediate application: The development of the American economy can be thought of as being like that of forest, whose growth began in the 17th century in small patches on the Eastern Seaboard. By the end of the 18th century it had spread over much of the eastern third of the country and by the end of the 19th it spanned the country from sea to sea. The emergence of large-scale businesses (big trees in our analogy), especially manufacturing, began in earnest in the 1870s with the coming of mass markets and the advent of technologies like the railroad. For the next century management was all about the management of growth and scale and the emergence of a prosperous middle class. This lasted until the mid-1970s, when growth began to fade. Other advanced economies rebuilt their war-ravaged industries and American imports began to grow, upsetting the balance of trade; the forces of destruction on domestic businesses became stronger. It was about this time that the shareholder value model of management came into prominence, focusing attention on purely financial aspects of business and excluding their implications for societies as a whole.

Every System Needs Predators and Scavengers 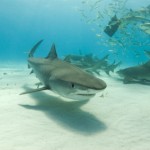 Tiger shark with lemon sharks feeding behind her

From an ecological perspective it makes no sense to accuse Bain and private-equity firms of being “vulture capitalists”. So what? All ecosystems need predators and scavengers and they perform a valuable function. The bigger question for policy-makers is: How valuable? Why does American economic policy place such powerful incentives on the fastest part of the process – destruction – and pay so little attention to the long, slow process of creation and the conditions required to nurture creativity and innovation? Compared with other countries, in America there are many inducements to destruction over and above the tax benefits pointed out by The Economist. There is minimal protection for stakeholders in the corporation, other than the majority owners. Employees can be dismissed with shockingly short notice and little severance pay; their medical coverage may be cut off and their pension plans left underfunded. All of this hampers their ability to adjust to their new circumstances, let alone join the creative side of creative destruction. Additional subsidies from tax-payers are often required as the government bails out insolvent pensions funds, hospitals absorb the cost of failed medical coverages and polluted industrial sites have to be remediated. By externalizing all these costs, buyout artists have been able to make more money in a few short years than successful entrepreneurs can make in a lifetime. As a result we have a huge distortion in the allocation of our human resources with significant numbers of the best and the brightest heading for either consulting or financial services. Add to this the shareholder value model and the emphasis it places on Return-on-Investment (ROI) metrics and it proves to be a great recipe for liquidation of businesses and even entire industries.

Thus the The Economist article (as well as David Brooks in today’s column) fail to make this distinction between the scales of creation and destruction. When they argue that the hurrying along of the processes of destruction by private-equity is “all to the good”, they are really arguing for speeding up what is already the fastest part of the process. Without corresponding actions to accelerate the much slower, diffuse processes of innovation and growth, this is a formula for severe disruption of the economy. It is especially damaging when many of the mature firms work with human-scale technologies and employ large numbers of blue-collar workers. The new digital technologies offer far fewer jobs and most of them demand skills that older workers do not possess. In short, the buy-out activities of private-equity can aggravate society’s structural problems of adjustment to change, but we have no one to blame but ourselves and our exclusively economic perspectives on how complex systems work. Wolfsbane anyone?