← The Counsel of Desirable Outcomes: Actions versus Achievements Addicted to Heroes: The Struggle to Improve America’s Schools →

The essence of an ecological perspective on human behavior is that our minds are rational, but in an ecological way. That is we automatically take into account myriad aspects of our environment using all our senses and adjust our behavior accordingly. When the context changes, our behavior often changes, without necessarily reaching the level of consciousness – we are unaware that we “changed our minds”. 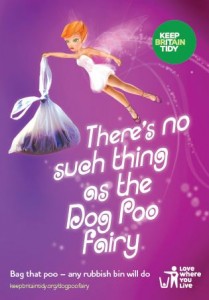 Poster from a London Park

A few weeks ago I wrote about the Stockholm congestion charge and how Swedish motorists had changed their driving habits once that had been exposed to the behavioural reality of the road tolls. In many cases they were unaware that they had changed their minds. This week I came across another neat example of behavior change created by changing the context rather than by appealing to people’s intellect. The problem being addressed was the annoying one of dog poop in public spaces. In Canada local municipalities usually put up signs that read something like “Clean Up After Your Dog” to encourage pet owners to do the right thing. When I was in a London park recently I came across the British equivalent, which, in typical British fashion, uses humour to make its point. I liked the poster but wondered how effective it really was. Then I read about the Spanish approach.

A Gift For You by Special Delivery

In the Madrid suburb of Brunete the mayor approached the persistent problem of getting dog owners to clean up after their pets by having an army of volunteers bag and box the poop and send it back to its “owners”. Their modus operandi was to patrol the parks and note whose pets relieved themselves without being cleaned up afterward. They then went up to the dog and patted it admiringly and enquired as to his or her breed and name. That was enough information for them to be able to search the City Hall register and snag a name and address. The offending poop was then bagged and placed in white boxes and returned to its “owners” under the town seal.

The strategy seems to have been very successful. Several months after the 147 boxes were delivered people walking their pets were all, without exception, carrying plastic bags with them. Although some were wary of strangers coming up to them and admiring their animals!

The Power of Context

The power of this contextual approach stems from its creation of an ad hoc community to focus on the issue, which had been a constant complaint in the community-at-large. But until the attention of the community was focused and pointed out in a visceral way to the negligent offenders no behaviour change was possible. The story reminds me of John Kotter’s description in The Heart of Change of how someone seeking ways to cut costs in a diversified manufacturing concern was struggling to get the cooperation of divisional purchasing managers in making shared buys of standard factory supplies. Everyone could all see numbers on the P&L and the scope for savings but that was too abstract a message to move them to action. Eventually he commissioned a student to collect a sample of every kind of factory glove purchased by the seven manufacturing divisions, together with their individual price tags. He then placed all 484 pairs of gloves on the boardroom table and invited the purchasing managers in to inspect them. The sight of all those gloves, together with the wide ranges of prices paid for them finally spurred action. Kotter calls the process see-feel-change. In the light of the Spanish experience with their dog poop perhaps we could add a sense and call it see-feel-smell-change!