← The Great Transformation: a Historical Perspective Can Management Advance in This Way? A Question from the Global Drucker Forum 2014 →

Oppressive Bureaucracies Are a Symptom Not a Cause: Part I

This week I am off to Austria for two conferences. I am a keynote speaker at the Innovation Congress in Villach on November 13, where I will be talking about “The Ecology of Innovation” and I will then travel to Vienna to take part in the 6th Global Drucker Forum, where I am chairing a panel. I will be reporting on both meetings in future blogs. 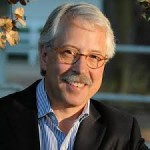 Gary Hamel will be speaking at the 6th Drucker Forum

In the meantime the buildup to the Drucker Forum continues, with HBR blogs from several of the management gurus who are going to be present. Gary Hamel is one of those blogging; he published “The Core Incompetencies of the Organization” on October 31 and followed it up with the dramatically titled “Bureaucracy Must Die!” on November 4.

I replied to the first blog as follows:

“Your blog is descriptive of large organizations but does not explain how they got that way. All today’s large organizations started off small and earlier in their lives many of them were seen as pioneers of management practice. Standard Oil (ExxonMobil), US Steel, General Motors, Sears, Roebuck, Kodak, Xerox and Nokia (among others) were all held up as exemplary at one time or another. The “hero to zero” phenomenon is so pervasive in the corporate world that the explanations for it must go well beyond “hubris”, management “myopia” and “clueless” leadership. No doubt such conditions exist but, like oppressive bureaucracies, they may be symptoms rather than causes: unintended consequences of strategies pursued in contexts we don’t even acknowledge, let alone understand. The true causes must be complex mixes of the ecological and the evolutionary – a combination of the developmental dynamics whereby supple saplings become rigid trees and the evolutionary processes that allowed small mammals to replace large reptiles as the planet’s dominant species.

The virtual absence of these ecological and evolutionary concepts from the current management canon and the widespread use of structural and engineering analogies makes us insensitive to the roles of emergence and constraint in the lives of organizations. It leads to notions of managers as detached, rational strategists, scanning “the” environment, looking at their organizations objectively, implementing practices and applying “principles” by issuing crisp, actionable instructions. The firm itself is seen as a passive, command-and-control machine, waiting for orders to execute and strategies to implement. Thus mechanical analogies leave linear notions of cause-and-effect intact and they blame unintended consequences on inept managers, poor analysis and faulty implementation. It’s a self-sealing system, a hall of mirrors.

You are right that we need to go much deeper; much, much deeper. We need to assimilate the emerging evidence that humans are rational but in an ecological, rather than in a logical way. And that’s O.K. Our minds are embodied, not just “embrained”. “Thinking” is not just the conscious manipulation of abstract symbols: we can “think” about the world in just as many ways as we experience it. Immerse a collection of those kinds of minds in an ecological and evolutionary context, where causality is nonlinear, emergence matters and constraints are ubiquitous. Only then can one start to appreciate the complexity of the issues that we are dealing with, as well as the combinations of judgement and reason – wisdom – required to navigate them. It leaves one in something close to a state of awe for those practitioners who can.”

Bureaucracy Was a Discovery, Not an “Invention”

In his second blog, “Bureaucracy Must Die!” Hamel describes bureaucracy as an “invention”. If this is the case, he argues, all that is needed is for us to invent a benign substitute for it; “We must find a way to reap the blessings of bureaucracy – precision, consistency, and predictability – while at the same time killing it. Bureaucracy, both architecturally and ideologically, is incompatible with the demands of the 21st century.” 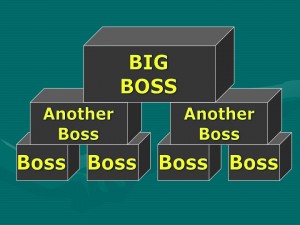 The Classic Bureaucracy – a Discovery, not an Invention

There is one problem: bureaucracy is not an invention; it is a discovery. It was made about ten thousand years ago when humankind started working with concentrated resources that required scale and specialization to exploit them. Prior to that they had lived in small, nomadic, hunter-gatherer bands that were ideally suited to exploring for and exploiting resources that were mobile and ephemeral. These bands of up to 150 people, divided in small, egalitarian groups, were in a constant state of motion. They were coordinated via a shared narrative, personal relationships, generalist skills and self-discipline. Their actions were determined by their shared understanding of the situation they faced. But when humans encountered concentrated resources like the flood-fed lands of the Nile Delta and the salmon-dependent ecosystems of the American North-West they had to cope with much larger numbers of people and the need for specialization. Store-houses needed to be built, with scribes to keep the count of what was in them and a security force to protect the resources from being stolen. Time became important as one had to be ready for the annual flood or the salmon run. Even very primitive technologies led to the emergence of functional silos and very different appreciations of situations that were difficult to share. Bureaucracy and hierarchy were needed to control these larger-scale organizations because they could no longer rely on face-to-face coordination in the way the hunter-gatherers had.

From an ecological/systems perspective, enabling bureaucracies and the hierarchies that accompanied them were (and still are) a solution to the problems of scale and specialization. They become oppressive and coercive when they were combined with an unhealthy lust for power over others on the part of those who rise to the top of organizations. When this happens, people in organizations change from being ends-in-themselves to becoming means to the purposes of others; they become tools and instruments. (Canadians will be very familiar with the recent case of the star radio-host Jian Ghomeshi, who seems to have had problems along these lines). As I explained in The New Ecology of Leadership:

“Large-scale organizations attract people with a need for power and success. Such individuals can deliver tremendous organizational performance because of their ability to articulate a vision, rally followers around them, and challenge the rules about how things are done. Unfortunately, large organizations sometimes appeal to high-functioning but unhealthy, narcissistic individuals with excessive needs for attention and recognition.When success confirms and reinforces these behaviors, they can become overblown.

In their extreme manifestations such behaviors can take the pathological form of the so-called dramatic, emotional, and erratic personality disorders.A vision coupled with success can lead to grandiosity and illusions of invincibility. Poor listening skills and a fundamental lack of empathy can result in a thin-skinned, hypersensitivity to criticism and the encouragement of followers to become submissive yes-people. A history of rule breaking without negative sanctions can create beliefs that such restrictions do not apply to them. The very real sacrifices that such managers make as they climb the career ladder and pursue power can lead to a powerful sense of entitlement once they achieve it.

This means that over time the productive hierarchy essential to running the repetitive operations of a large-scale, commercial organization can start to take on the trappings of a dominance hierarchy, whose priority is not to create wealth but to distribute it—among its own members.”

In short, the pathologies of bureaucracy have to be understood as the product of an interaction between humans, with their ecologically rational, embodied minds and an organizational form that has been around for only 10,000 years or so, which is not very long in evolutionary terms. We cannot discard bureaucracy; we have to understand its dynamics and its limitations and how to use it in combination with “hunting dynamics” of the hunter-gatherers. Only then can we get more of its benefits and less of its liabilities. That will be the subject of a future blog.