← To Kill a Zombie: Ending Shareholder Primacy Oppressive Bureaucracies Are a Symptom Not a Cause: Part I →

The Great Transformation: a Historical Perspective 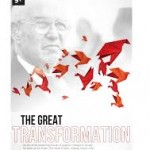 The sixth annual Drucker Forum takes place in Vienna from November 13 to 14. The theme is the “The Great Transformation: Managing Our Way to Prosperity” and the forum features a pantheon of the ABCs (academics, business people, and consultants) of management. It showcases some of the leading management thinkers from around the world including Harvard’s Clayton Christensen and gurus Gary Hamel, Rita McGrath and Roger Martin. Top journalists are going to be there in the form of Andrew Hill and Martin Wolf of the Financial Times, Adrian Wooldridge of the Economist and Adi Ignatius, editor of the Harvard Business Review. For me the most exciting thing about the meeting is that it attracts people with a very wide range of ideas, interests and experiences. Almost everyone is there for the duration and you get to interact with them all in numerous informal sessions and breaks. 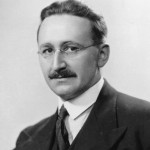 One of the most interesting background aspects of this meeting, with its provocative theme, is that 2014 is the 70th anniversary of the publication of two key books by Austrian writers that have greatly influenced management and political thinking. The first is Friedrich Hayek’s Road to Serfdom and the second is Karl Polanyi’s The Great Transformation. Hayek’s book warned of the tyrannical perils of central planning. In his adopted country of Britain it was aimed at the many left-wing British academics, who saw fascism as a capitalist reaction against socialism. Hayek argued that fascism and communism were both totalitarian philosophies with their roots in central planning and state control. Hayek saw important roles for the state, however, and was opposed to laissez-faire capitalism. In the United States, on the other hand, Road to Serfdom, was picked up by the right wing, and championed by prominent economists like Milton Friedman. In the Cold War atmosphere it was often interpreted as a paean to free markets and a condemnation of government intervention. In short, it was (and often still is) an “either/or” interpretation – markets “ennoble” society – they turn private vice into public virtue, everywhere and always. 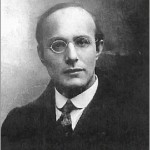 Karl Polanyi’s message in The Great Transformation was almost diametrically opposed to Hayek’s. He sympathized with the British intellectuals and their views on Nazism. He contended that the spread of free markets throughout much of the 19th Century had created a “market society” that had undermined community; Gesellschaft had overwhelmed Gemeinschaft. He claimed that in the past humanity had relied to a much greater extent on reciprocity and the redistribution of resources than it had on markets. Means had become ends, he argued; economics had become ideology that created man in its own vision as a rational egotist. Markets had corrupted society, turning private virtue into public vice. Indeed, it’s a little-known fact that Polanyi had initially titled his book Freedom from Economics! 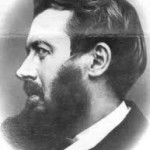 The argument between Hayek and Polanyi was familiar in Vienna, where the role of the economy in society had been debated for decades. Peter Drucker would have been exposed to it at an early age and throughout his long life there is no doubt that he favoured Hayek’s side of the argument. But he never adopted an “either/or” stance that embraced only one side of what he would have described as an existential tension. He writes in The Ecological Vision; “…I know what (Walter) Bagehot meant when he said that he saw himself sometimes as a liberal Conservative and sometimes as a conservative Liberal but never a ‘conservative Conservative’ or a ‘liberal Liberal’.”

So it is important to ask where Drucker would stand on the issue today. I think that he would probably still agree with Hayek, but would have much greater sympathy for Polanyi. Perhaps he would quote Hayek from The Fatal Conceit to show that, while he (Hayek) had recognized the problem, he had found no way to deal with it:

“Part of our present difficulty is that we must constantly adjust our lives, our thoughts and our emotions, in order to live simultaneously within different kinds of orders according to different kinds of rules. If we were to apply the unmodified, uncurbed rules of the . . . small band or troop, or . . . our families . . . to . . . our wider civilization [the extended order of markets], as our instincts and sentimental yearnings often make us wish to do, we would destroy it. Yet if we were to always apply the rules of the extended order to our more intimate groupings, we would crush them.”(Hayek 1988:18; italics in the original)

At this stage perhaps Drucker would turn to Polyani with his vision of a new society that could integrate the sense of community of old with the universalism, egalitarianism and democracy of the new. He would agree that, while appropriately regulated markets make excellent servants, unregulated markets make poor masters. He would say that the question that both Hayek and Polany struggled with endures: How do we live and grow as humans in the existential tension between community and economy, especially (Drucker would add) in formal organizations, where the tension between the two orders is felt most keenly?

In short, I suspect that Drucker would have switched from being a “liberal conservative” on the issue to that of a “conservative liberal”. I think he would have agreed that over the last fifty years we in the West, especially in the United States, have placed rather too much faith in unfettered markets to solve social issues and that Polanyi was right to have pointed this out. Drucker himself struggled with the challenge throughout his long life. He realized early in his career that government could not replace community and he turned to the private sector to create what he called “plant communities”. When the corporate world showed no interest in this endeavor, he focused on the social sector, nongovernmental organizations, as society’s last, best hope to build community and a sense of citizenship to deal with the social challenges of the knowledge society. They are making a small difference, but on the edges of society, rather than in the core. The task of addressing these issues here, in the centres of Western Capitalism, remains. Although the Drucker Forum focuses at the level of the organization, rather than that of society as a whole, perhaps it will generate some new insights into how to frame and respond to the challenge on both levels.