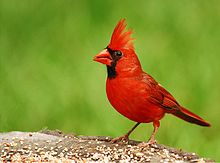 It’s spring in the Northern Hemisphere, or at least the calendar says it ought to be. But it has been cold and grey with a gusty wind here in Southern Ontario as we wobble our way back to the sun. Snow is still crusty on the ground and the destructive debris of winter lies all about the garden. But the clocks have changed and the sun is starting to develop some real warmth. The prospect of longer days and the rebirth of nature is no less thrilling than it always has been.

Birth, life, death and renewal are the essence of compelling stories and compelling stories create resilience in human groups. Research on strong families that stay together in times of stress shows that children that have the deepest knowledge of their family histories have a stronger sense of control over their lives and a belief that their families function more effectively.  It is the single best predictor of children’s emotional health and happiness

Psychologists have identified three kinds of unifying narratives. The first is the ascending narrative, the rags to riches, Horatio Alger story that so captivated American minds in the late 19th and early 20th centuries. The second storyline is the opposite of the first; it’s a descending tale of how we once had it all and then we lost it. The archetypal version of this might by the story of our expulsion from the Garden of Eden. The third unifying narrative is the combination of the first two; it is the oscillating account of how we had it, lost it and then got it back again. When it comes to boys getting and losing girls, it’s a Hollywood’s favourite. The oscillating story has an ecological dynamic and, not surprisingly, it turns out to be healthiest story of the three when it comes to creating resilient families. Children with such stories have a strong sense of their identity, of their “intergenerational self”. This is their role in following the traditions and living up to the standards of those who have gone before them and passing something of value onto those who follow. 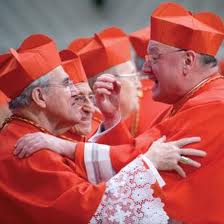 Another kind of male cardinal

Compelling stories create organizational identities as well as individual ones. Thus it is no wonder that many, perhaps most, religions have significant festivals associated with spring and the return of heat and light. This week is Passover for the Jews and it leads up to Easter for Christians. The essence of these festivals is the ritual that allows believers to experience on some small, fractal scale the circumstances that led to the original stories. The Jewish Haggadah text is read at the ritual dinner on the first night of Passover in fulfillment of the commandment to “tell your son” of the Jewish liberation from slavery in Egypt. The Christian Easter vigil that lasts from Holy Saturday night to the pre-dawn hours of Easter Sunday recreates the emotional roller-coaster that the disciples must have ridden between the Crucifixion on Good Friday and the Resurrection on Easter Sunday. Both of these oscillating narratives are constitutive of the very identity of their respective religions.

The Narrative Centre of Gravity

Similar criteria apply to corporate narratives. Tales of seamless success rarely generate commitment. In The New Ecology of Leadership I place a good deal of emphasis on what philosopher Daniel Dennett’s calls our “narrative centre of gravity”. Here is what he has to say about the process:

“We . . . are almost constantly engaged in presenting ourselves to others, and to ourselves, and hence representing ourselves—in language and gesture, external and internal. . . . Our fundamental tactic of self-protection, self-control and self-definition is . . . telling stories, and more particularly concocting and controlling the story we tell others—and ourselves—about who we are. . . . Our tales are spun, but for the most part we don’t spin them; they spin us. Our human consciousness . . . is their product, not their source.”

In short, as Dennett suggests, through the telling of stories to ourselves and to others we create a narrative “center of gravity.” A physical center of gravity allows complex physical objects to be represented as points. A narrative center of gravity allows complex storytelling organisms to be represented as individuals. It creates the unity that we experience as a sense of “self,” as well as the continuity and individuality that we see in others. The same process takes place within organizations for the same purposes.

Thus, by telling stories, leaders nurture and sustain their organization’s narrative center of gravity. Through the use of stories, effective leaders create, between vision and history, a present that is characterized by a sense of growth, challenge and progress. It provides a space in time that can become full of meaning for the people in the organization—a sense of permanence in a pattern of change…

Gotta’ get outside; I just saw the red flash of a cardinal (the bird, not the elector of Popes) out of the corner of my eye and the lawn needs raking…Happy Spring! Happy New Beginnings!

2 Responses to New Beginnings: Stories of Resilience and Renewal