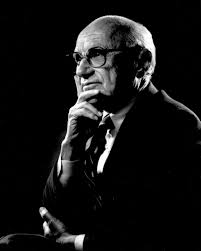 2020 marks the 50th  anniversary of Chicago economist Milton Friedman’s famous (or infamous, depending on your point-of-view) claim that the only social purpose of business is to increase profits. This doctrine proved immensely popular among corporate managers but has been increasingly challenged as being harmful to society. McGill management professor, Henry Mintzberg was an early critic and has been a consistent advocate of a broader approach to social purpose.

Victorian political commentator Walter Bagehot (1826-1877) once wrote “The whole history of civilization is strewn with creeds and institutions which were invaluable at first, and deadly afterwards.” That describes Milton Friedman’s work – very helpful in the beginning but a hindrance subsequently.

I graduated from Chicago’s MBA program in 1972, imbued with the idea that management was all about the allocation of resources, as assessed by the Capital Asset Pricing Model (CAPM). I had majored in finance, studying with Gene Fama his newly-developed Efficient Market Hypothesis that was shaking up the world of finance. I was ready to change the world of management….

I soon found that practicing managers weren’t using theory to tell them what to do – they were using it to rationalize what they already wanted to do. Back then it was clear to young managers like me that the great post-war boom in economic activity was slackening and that the large corporations had accumulated a great deal of fat and were guided by a fuzzy sense of purpose that supported a relaxed ‘country-club’ approach by managers. We young Turks wanted to change that and make corporations more efficient. Fama and Friedman’s perspectives and theories proved invaluable in cutting through tired old stories with a powerful counter-narrative. The era of conglomerates, leveraged buyouts and private equity was launched on this new logic.

At first this new approach seemed very successful. Conglomerates thrived and their founders like “Tex” Thornton of Litton Industries, Hal Geneen of ITT and Jim Slater of Slater Walker (in the UK) became business folk heroes. The exploits of LBO firms like Kohlberg Kravis and Roberts (KKR), fueled by junk bonds, were celebrated in the press and their billionaire principals regarded as geniuses. But it didn’t last: monolithic concepts taken to their (il)logical conclusions never do. One has to take time, change and people into account: nothing lasts unless it is incessantly renewed.

It seems that enterprises (and both democracy and capitalism can be thought of as giant enterprises) are conceived in passion, born in communities of trust, grow through the application of reason and mature in power.  The young become old and success is followed by excess. Gradually control of the corporation was taken over by elites, who used concepts like Friedman’s to rationalize their actions. Ideas once used to challenge outdated attitudes were now used to justify the new, emergent status quo. In recent times in Anglo-American business the result has been the steady liquidation of productive enterprises, the creation of oligopolies and the emergence of a bloated financial sector. Value extraction has replaced value creation.

Deadly indeed, but we know the enemy and it’s not Milton Friedman: it’s us.