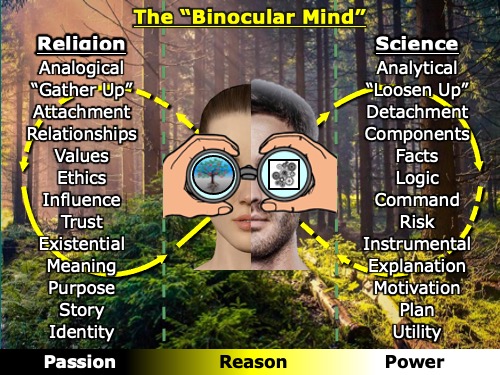 “And twofold always… May God us keep

From single vision and Newton’s sleep!” 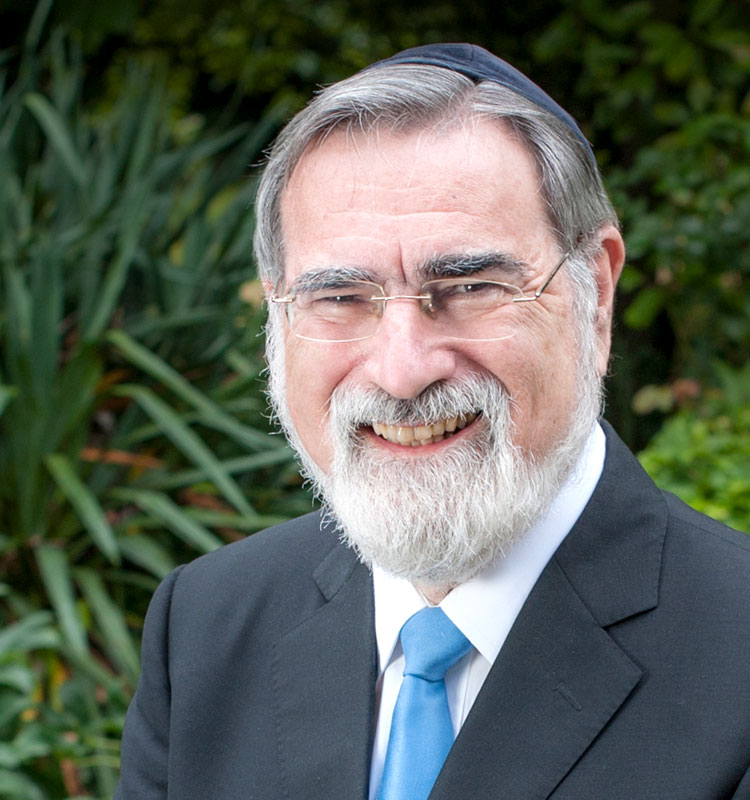 I read with great sadness of Rabbi Lord Sacks’ sudden, untimely passing on November 7. His writings have been a source of inspiration and really helpful ideas to me. I discovered them only a few years ago, while continuing to work on my ecological perspective on management. Sacks’ thoughts on the moral and social ecologies that underpin the ability of human beings to cooperate and work together have been especially useful. They apply at the organizational level but have been even more helpful in extending the ecological framework “up” a few systems levels from there to that of society and the state – the level that Sacks was most interested in.

Sack’s writing reaffirmed for me the dual nature of human beings in society and the benefit of a binocular mind, like that suggested by an ecological/evolutionary perspective. (The New Ecology of Leadership (2012).

A central tension in life is between our existence as individuals and our lives as social animals, between ‘Me’ and ‘We’. Sacks’ favourite quote was from the Jewish sage, Hillel the Elder (BCE 110-10 CE), “If I am not for myself, who will be for me? And being only for myself, what am ‘I’?”. Hillel’s observation anticipates by over two thousand years the views of the sociobiologists and their mantra, “Selfishness beats altruism within groups. Altruistic groups beat selfish groups.” (Wilson, D.S. & Wilson, E.O., Survival of the Selfless, 2007). The resulting tension between competition and cooperation is experienced at every level of living, in families, in corporations and in societies.

Sacks is best known, of course, for his argument for the central role of faith in our lives. In The Great Partnership: God, Science and the Search for Meaning (2011) he contrasted science and religion as a necessary duality. Scientific methodologies take things apart to produce mechanical explanations about how they work, while religious narratives put things together, integrating them organically to help us see what they mean. Both dynamics are essential: societies without faiths tend not to last very long.

In management this tension echoes our instrumental need to answer questions like “What do I/we want?” (motivation) and “How do I/we get it?” (utility) and our existential hunger to know “Who am I/we?” (identity), “Why am I/we here?” (purpose) “How shall I/we live? (ethics and meaning).  I learned from Rabbi Sacks that this echoes a distinction made in the first two chapters of Genesis. Chapter 1 tells us about Adam I/Eve I, who seek success and live by the logic of economics – self-interest and maximizing utility.  In Chapter 2 Adam II/Eve II, strive for charity, love and redemption. They live in a different moral universe, where giving matters more than receiving, and the role of leaders is to serve, not to be served. (The Lonely Man of Faith) The modern concept of servant-leadership may have emerged from Quaker traditions, but its Western roots are Judaic.

Sacks drew the analogy between these tensions and the left brain/right brain modes of being-in-the-world developed by Iain McGilchrist in The Master and His Emissary (2009). McGilchrist contends that the two hemispheres of the brain are two distinct modes of perception that are in creative tension with one another. One way (left hemisphere) is concerned with the familiar, the other (right hemisphere) with the novel, the one with what’s probable, the other what’s possible, the one with what is the known, fixed, static, decontextualized and explicit, the other with the unknown, variable, dynamic, embedded and implicit. The result is a range of perspectives that have to be integrated in the process of living, as we oscillate between the extremes, without ever quite abandoning either end of the spectrum.

Sacks goes on to make the fascinating argument that although all cultures embrace both poles to some extent, Greek and Judaic religious thinking start from opposing poles and work in opposite directions. In addition, their understanding of the relationship between the dualities is different: the Greek default is to “either/or”, while Judaic thinking is anchored in “both…and”. Thus, in Sacks’ view, Greek religious thought is left-brained and tends to focus on the universal and the abstract. This leads to a preoccupation with philosophy and science. As a result, the Greek concept of God is one of a transcendent being beyond space and time. Judaic religious thinking, on the other hand, is right-brained and emphasizes the personal and the particular. Relationships and narrative are key: God is here and now.

The corollary to this is that the advance of modern science, with its mechanical explanations of how the world works, has been much more damaging to religions in cultures tuned to left-brained, Greek thinking than it has to religions based on right-brained, Judaic thinking. The result has been a profound and continuing loss of meaning in many modern societies. We may work for money, but we live for story.

More generally, Judaism’s dual intellectual structure makes the distinction between, in Sack’s words, “the universal human condition and the particularity of systems of meaning”.  For Sacks was both a philosopher interested in universals and a rabbi, immersed in the particularities of Jewish faith. Thus there are two kinds of knowledge. The one is the universal wisdom, the ways of knowing and doing available to all, that we can acquire through our shared humanity.  The other is the particular wisdom – the ways of being and modes of inquiry – that we inherit and gain through our membership of groups – families, communities and as a species.

Universal wisdom is the domain of science, the analysis of the truth of systems. Particular wisdom is the focus of the arts and the humanities with their roots in nature and religion. They deal with analogical inquiry into the narrative truth of stories. Understanding this duality and their necessary unity requires a binocular mind.

In biology binocular vision gives us a wider field of view, precise depth perception, the ability to break the camouflage of creatures hiding in plain sight and an enhanced discernment of faint objects. When it comes to people, a binocular mind gives us analogous benefits. A wider field of view helps us understand the importance of context in behaviour and the role of history and narrative in how we frame our worlds. A binocular capability helps us grasp the importance of figure/ground relationships and how, as contexts change, they can switch from one to the other.

Minds are systems that abstract and classify, creating compact maps of an infinitely complex reality. Pattern recognition is a critical component of human judgement, helping us know which maps to use and when to change them – to ask better questions of reality. A binocular mind, on the one hand, enhances our peripheral vision, increasing our sensitivity to those straws-in-the-wind on the edge of our maps that presage great change. Artists are often at the forefront of this process. As Wyndham Lewis said, artists are always engaged in writing a detailed history of the future, because they are the only persons who understand the true nature of the present. For an example, see the story of Lyn Nottage’s Pulitzer prize-winning play Sweat, which in 2015 spoke to America’s political condition long before many realized what had happened.  A binocular mind also enhances our ability to zoom in on a particular pattern and focus on the fine-grained details, so that we can interpret our experiences and those of others. All of these capabilities help us take the actions necessary to change our condition.

It was Jonathan Sacks too who first made me aware of the work of Carol Gilligan and her book, In a Different Voice: Psychological Theory and Women’s Development (1993), where she contends that men and women use different styles of moral reasoning. Men, she argued, in general and on average, find their identities through relationship to things, through detachment and separation. Women, on the other hand, in general and on average, find their identities through relationships to people, through attachment and immersion. This suggests that, through the separation of the sexes, each with their own mode of being-in-the-world, evolution may have equipped humans and many other species to live and thrive in a complex world with built-in binoculars at many systems levels.

Toward the end of The Home We Build Together (2007) Sacks wrote, “When a king dies, his power ends. When a prophet dies, his influence begins.” One suspects that with his passing Jonathan Sacks’ influence is about to grow dramatically.