← Capitalism as an Ecological Process For Innovation – Think Small – Like a Mindful Mollusk! →

Changing Our Models of Change: Nothing Lasts Unless It Is Incessantly Renewed” 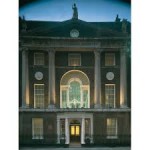 In a blog last year, Matthew Taylor, Chief Executive of the Royal Society of the Arts wrote “Ideas about social and economic reform are only as useful as the model of change that goes with them.” I agree completely. We need to look at our current models of change and develop more useful ones. But we have to probe the foundations of our mental models much more deeply.

A review of our mainstream models of change (at least those in the private sector in the West) would reveal that, for the most part, they are firmly embedded in a modernist, utilitarian view of organizations and work. Often underpinned by assumptions from mainstream economics, individuals are seen as rational actors, making rational choices to maximize individual utilities. The change agent himself (these are usually masculine models) stands outside the system, diagnosing the conditions of those within and then acts top-down to arrange rewards and sanctions to obtain the desired behaviours.

Our mainstream models of change are overwhelmingly instrumental; the logic is one of engineering efficiency, searching for new ways and means to reach given ends that are set externally (e.g. “maximizing shareholder value”). Mechanical and architectural metaphors abound: the organization is a “smooth-running machine” based on “blueprints” or a “well-designed structure” made up of “building blocks”. The challenge is to overcome “inertia” and “resistance to change”. From this perspective, stability is the norm and change is the problem. Think of the change mantra, attributed (wrongly) to Kurt Lewin: unfreeze-change-refreeze. Change from this perspective is accomplished by the formulation and implementation of new context-free policies and principles that will act as “roadmaps”. Management is seen as a value-free technical practice.

Now these mechanical models have their uses but they are very limited in their scope because their assumptions about people, organizations and work are so restrictive. In human organizations the notion of a detached, disinterested, “objective” observer is especially problematic. This perspective may work well in the scientific study of the world of things but in a social system it is fundamentally manipulative. As the adage goes, people don’t resist change; they resist being changed. The feelings of being a cog-in-the-machine or a pawn-in-the-game are a direct product of these instrumental models of change. In social systems rationality can be used to cloak will and preference; when this happens people become servants of power. It is a power that works by controlling the deep assumptions and intellectual premises upon which agendas are based and decisions are made.

All this is clearer if we use a meta-model of change based on an eco-logic of “both…and” that embraces and contains the dominant economic logic of “either/or”. The metaphors are organic: the organization is seen as a complex adaptive system, a dynamic in space and time. Humans are social animals concerned with identity and meaning. Contexts matter. Human minds, as psychologist Jonathan Haidt suggests, are not logic processors but story processors: narratives matter. In such systems causality is non-linear and path-dependent; history matters. From this perspective change is the norm and understanding stability is the challenge.

The ecological model or grand narrative is inspired by the trajectories of self-renewing ecosystems like the fire-dependent, lodge-pole pine forests of western North-America. As they mature these forests depend on fire to sweep away decadent structures and clear the space into which novelty can come and communities of small organisms can flourish. Attempts to suppress fire may yield short-term benefits (for humans), but build fuel on the ground, which leads to larger fires that can compromise the ecosystem’s ability to renew itself. Today forestry departments in these regions use “prescribed burns” to mimic nature and keep the forest healthy.

When adjusted to handle human intention, this ecological meta-model suggests that social enterprises are conceived in passion, born in communities of trust, grow through the application of reason and mature in structures of power. Here they tend to get stuck in what have been variously described as competency, rigidity or success “traps”, self-sealing halls of mirrors that reflect back the images that the firms have projected of themselves. Their executives live in echo chambers, the walls of which are papered with organizational “selfies”. This renders them insensitive to changes in the environment to which they have become adapted, which sets them up for crisis and destruction but with the possibility of renewal.

Following the ecosystem analogy, managers in firms have to create systems that are capable of constantly renewing themselves, “burning” decadent structures and recycling their components to create the communities in space and time where new elements can come into the system and small-scale experimentation is possible. Managers, like all human beings, dwell in a field of existential tensions. These are the tension between calculation and judgement, discipline and freedom, performance and learning, detachment and immersion, things and people, communalism and individualism. In the study of organizations this has been labelled as the tension between exploitation and exploration. These are the different logics of discovery that philosopher Alfred North Whitehead described as “the gathering of detail within assigned pattern and the discovery of novel pattern with its emphasis on novel detail.” Politically the tension is between Right and Left, the party of continuity and order and the party of reform and movement.

What Do We Mean by “Balance”? 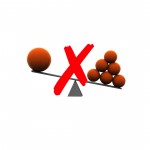 The quest for any manager and organization is to find the appropriate relationship between these antinomies without falling into the traps that lie at the extremes. And the right relationship will vary from situation to situation. The word “balance” is often used to describe a desirable outcome but our mainstream models of change have little say about what that entails. Our default seesaw, teeter-totter images don’t help at all. An ecological balance, on the other hand, gives us plenty of clues. An ecological balance plays out only in space and time as long, slow processes of creation and growth are counter-poised against brief intervals of rapid destruction. The core of an ecosystem, like a forest, is choked with large hierarchical structures that hog the resources. Innovation can take place only on the edges and in open patches, where there is easy access to these resources and freedom to act. When there are no spaces for innovation, like fire in a forest, a crisis may be the essential ingredient for their creation. In human organizations the ethical implications of this perspective loom large. It means that management is inherently a moral practice, not just a technical one.

The mantra of an ecological model of change is “Nothing lasts unless it is incessantly renewed”. At a macro-level this is clearly the systemic advantage of both capitalism and democracy over other systems – they promote the constant renewal of both the economy and society. However this ecological perspective comes with a caution. If both capitalism and democracy function like ecological systems, then they are not exempt from the same processes of ecological succession and change. They run the same risks of being caught in social traps and frozen in structures of power, which sets them up for crisis and destruction and in urgent need of renewal….