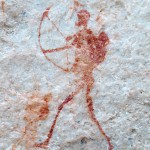 Last week I travelled to Ottawa to take part in “Public Sector Transformation 2012: Navigating the Perfect Storm” a two-day session put on by the Conference Board of Canada. The meeting kicked off with a presentation by Jordan Peterson, Professor of Psychology at the University of Toronto and a most interesting and exciting speaker. He is best known perhaps for his work on “self-authoring” – his belief that writing about one’s past, present and future can improve one’s mental and physical health and increase productivity. The world, he contends, is not made of matter or things but of “what matters” or meaning. This perspective is highly compatible with ecological rationality and the emphasis I place on narrative in The New Ecology of Leadership. I believe that the same process of meaning-making is at work in organizations, which is why learning from their past and understanding the present helps them and their people create their future.

Peterson’s opening session was followed by a series of presentations, many from the public sector, dealing with their own efforts at change and transformation. What struck me about most of these was their use of text-only slides and their compulsion to have an abstract set of principles to talk to. The emphasis was on the logic of their approaches, the set of policies, principles or rules they used, rather than how they actually went about creating real change. I felt as though I was listening to conversations between groups of middle managers and their conservative, risk-averse, mistrustful bosses, who needed to see formal plans before they would give their permission for anything to be “implemented”. Apparently this was a group of people that privileged thought over action and believed that effective action should always be preceded by deliberate, conscious thought. And the assumption seemed to be that the more refined the thought, then the more effective the action would be…

I modified my presentation slightly overnight and when my turn to present came on the morning of the second day I tackled this assumption directly. I argued that, in practices like management, the evidence is clear that we act our ways into better ways of thinking far more readily than the other way around. Contexts matter, history matters and narrative matters. The title of my talk was “Hunter Gatherers and Social Media – A New Approach to Leadership and Change” so after a few visuals demonstrating the importance of context to behaviour, it was off to Africa to understand what evolutionary psychologists Tooby and Cosmides have dubbed the “environment of evolutionary adaptiveness” (EEA). This is the context in which the species homo sapiens first emerged and to which our brains and bodies are adapted. I took the participants off to look at the hunter-gatherers of the Kalahari Desert in South-western Africa and how they organized themselves to survive in an environment where nothing is certain and resources are both mobile and ephemeral. I argued that their mobile, network organization, with its “fission-fusion” dynamics and egalitarian values, is both our default condition when our world falls apart as well as the forerunner of modern entrepreneurial behaviour everywhere. Here I visited Sandy Pentland’s work at the MIT Human Dynamics Laboratory and showed how he could predict outcomes of team projects purely on the quality of their interactions and body language and without reference to the content of their work. I suggested that the social media allows us to create these “hunting dynamics” rather more easily than in the past and that in the future they will be a powerful source of new ideas.

The essence of hunting dynamics is that, like entrepreneurs everywhere, you act first before thinking abstractly about principles, processes etc. You make a whole lot of small-scale experiments to see what works and how. It’s not a random process; it’s an ecological process guided by your passion or intent. Sometimes it involves visiting others to see what they are doing. We know that in ecosystems change does not come from the core, it comes from the edges and open patches where small-scale experimentation is possible. Innovation often takes place in “edge” communities rather than in wealthy ones, where there are no easy choices and resources are scarce. These constraints often foster creativity.

So it was with some sense of relief that I listened to the last presentation of the conference from the National Film Board of Canada, a government-funded agency created to be Canada’s storyteller. They told the story of how they had converted from chemical film to digital media with very few resources at their disposal. They did not begin by “formulating” a strategy or constructing a “roadmap”. Instead they went “hunting”, pulling together teams of their creative people and brainstorming what the change involved. It had implications for everything they did. Although they had few financial resources, over the years they had developed a sterling reputation and a huge network of practitioners.  Now they turned to this network, which included the big film studios, to see what they were doing in the conversion from one medium to the other. Although they did not have anywhere near their resources, they were able to learn from their experience, avoid the pitfalls and come up with their own cheaper workarounds. They took action and the logic followed.

The results of the change initiative seem to have been successful; you can now download the NFB app for your mobile phone as well as huge swathes of their content. Our personal favourite is the “The Cat Came Back” – a cartoon that our grandchildren love. It’s another tribute to the power of story to capture the imaginations of young and old alike.