From Machines to Plants: Wandering in The Gardens of Democracy 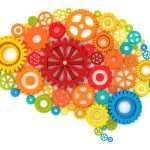 In The New Ecology of Leadership I draw an extended, disciplined analogy between the cycle of an ecosystem (my favourite is a fire-dependent, lodge-pole pine forest) and the trajectories that organizations follow as they go through their lives. The objective is not to predict what will happen to any particular organization but to help managers anticipate what might happen, so that they can take effective action.

The replacement of machine by organic analogies can be a fruitful (pun intended) exercise and recently I was reading The Gardens of Democracy: A New American Story of Citizenship, the Economy, and the Role of Government by Eric Liu and Nick Hanauer. Liu is an author, who used to be a speechwriter and senior domestic policy advisor to Bill Clinton, while Hanauer is a Seattle-based entrepreneur and venture capitalist. Together they have written a short, insightful book that replaces what they call “Machinebrain” with “Gardenbrain” in thinking about politics, economics and government. Their call is for a new mode of “public imagination”.

To the paraphrase the authors, their basic thesis is that Machinebrain sees the world and democracy as a series of mechanisms; efficient and self-correcting, with the possible, very occasional need for regulation. “Gardenbrain, on the other hand sees the world and democracy as an entwined set of ecosystems – sinks and sources of trust and social capital, webs of economic growth, networks of behavioral contagion.” From this perspective the economy is effective only if well-constructed and well-tended. Tending is what a garden needs, if nature’s powerful forces are not to run rampant and destroy the purposes for which the garden was built in the first place. 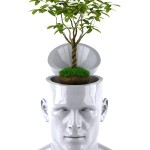 The opposition of Machinebrain and Gardenbrain make for a natural dialectic throughout the book. In the first chapter they contend that Machinebrain regards people as cogs in the system – votes to be collected, consumers to be manipulated and employees to be plugged in to the organization. From a Gardenbrain perspective, people are independent creators of a dynamic world; they are emotional, social animals and the choices they make have real consequences for society. Gardenbrain, they write, “Changes everything.”

In the next four chapters they deal with self-interest, great citizenship, true capitalism and self-government, bringing the Gardenbrain view to each. Self-interest, they argue has wrongly been conflated with selfishness. They say that a Second Enlightenment is now underway, in which self-interest will be seen as coincident with mutual interest. They invoke over a dozen polarities of the “from…to” variety arguing, for example, that we are shifting from simple to complex, from linear to non-linear, from competition to cooperation, and so on.

Citizenship, they assert, has been replaced by mere consumerism, as Walmart has destroyed Main Street. People no longer have multiple roles as neighbors, parishioners and members of communities, but have been reduced to their lowest common denominator as consumers. They call for the creation of “civic contagions” that bring out the “pro-social” side of our natures and treat civic participation from an epidemiological perspective. Just how this will happen, however, is unclear. At the same time, markets need “seeding, weeding and feeding”. If markets are not inherently rational, efficient and moral, then they will often get things wrong. Sometimes, due to the vagaries of space and time, bad ideas will catch on and good ones will be neglected. What markets present us with, is not always good for us. And when that happens we need to step in and deal with the problem. Just because hedge-funds flourish “like dandelions” doesn’t mean that they benefit society…

Liu and Hanauer close with what they call their “big what, small how” “affirming” view of the role of government. By this they mean that government should set big goals, but play a much smaller role in how they are achieved collectively. In other words, government needs to be informed by a much more sophisticated theory of cause-and-effect in complex systems and to realize that there are many different ways in which to accomplish its goals. The authors contrast their “big what, small how” perspective with the “big what, big how” of liberalism, the “small what, small how” of conservatism and the “no what, no how” of the libertarians!

So what is one to make of Liu and Hanauer’s call for the replacement of Machinebrain by Gardenbrain? There is no doubt that The Gardens of Democracy makes a powerful, accessible case for the benefits of more organic analogies in capturing the realities of complex human systems. There is no contest here; the insight that such systems are inherently unstable and will run to ruin without care, is critical. Two things are missing, however: Firstly, there is little understanding of how organizations begin their lives as organic entities and steadily become more mechanical as they grow in size and complexity. People begin as ends in themselves but, over time, they become means – instruments to the purposes of others.

Unfortunately this is what tends to happen in large-scale organizations. We know that the tasks in large-scale systems must be organized in modular fashion – people must specialize – and that such systems must be organized in layers i.e. hierarchically. This is why and how they become like machines and the people within them become tools. Secondly, there is no hint of a way in which large, machine-like systems may become more organic again, of how communities of trust and practice can emerge within a machine-like structure. Without an understanding of the dynamics of destruction and creation in complex systems, the authors’ recommendations may come across as pious hopes, rather than as real options. In short, all that this book lacks is the ecological perspective on change put forward in The New Ecology of Leadership!