← False Wizards: Why I Don’t Believe in Management Gurus Why Conscious Capitalism is Not a New Paradigm → 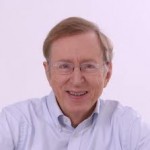 The English economist John Kay contends that the word “paradigm” is “the most overworked and abused term in the study of management.” I agree with him completely and must confess that I cringe every time I see the latest management book or idea trumpeted as a “new paradigm” or as a “paradigm shift”. So you can imagine my reaction to Steve Denning’s recent blog in Forbes “The New Management Paradigm and John Mackey’s Whole Foods” in which he reviewed a new book, Conscious Capitalism: Liberating The Heroic Spirit of Business by John Mackey, the founder of Whole Foods and Raj Sisodia a professor of marketing at Bentley College. Denning hails it as “the emerging paradigm of management” which “is as transformational as the shift from the medieval view that the sun revolves around the earth to the view that the earth and the other planets revolve around the sun. It is a fundamental transition in world-view. Once you make the shift, everything is different.”

In the past there seems to have been a tacit agreement among management gurus not to criticize each other. Everyone was very polite. Management luminaries like Tom Peters and Michael Hammer would hold forth with widely divergent messages and no one pointed out the differences or the contradictions. With the rise of the internet that seems to be changing, and although I like much of what Steve Denning has to say (especially his writing on the importance of narrative), I thought that I would call him (politely) on the paradigm question. What follows is our exchange on Forbes.

Which CEO said (and when): “There are four parties to any business – the customer, the employee, the community and the stockholder and the management of the business should preserve the interests of each. I have named them in what I regard as their order of importance. The customer comes first…”

The answer: General Robert E. Wood, CEO of Sears, Roebuck 1939-1954. He said it in 1950, when Sears was universally admired as the greatest retailer that the world had ever known.

Steve, why oh why do you keep on representing phases in organizational life cycles as “paradigm shifts”? Almost every organization goes through phases like Whole Foods, Costco etc, are going through but few (none?) remain in it over their life times. You seem to think that organizations can “implement new principles” by acts of will and conscious thought rather than discover them through arduous processes of guided trial-and-error.

Don’t get me wrong, I think that the “principles” of conscious capitalism make for desirable goals but describing them as a new paradigm simply gets in the way of understanding how enterprises are conceived in passion, born in communities of trust, grow through the application of reason and mature in power. Reason cuts trust and power blunts reason. Trust can replace power but only after painful crises and the destruction (or surrender) of that power. It ain’t simple…

Thanks for your heartfelt comments.

I agree that you can point to forerunners of what is happening today. Mary Parker Follett was talking about this in the 1920s, long before Robert E. Wood.

You write: “Steve, why oh why do you keep on representing phases in organizational life cycles as ‘paradigm shifts’?”

There are a number of reasons. Perhaps the most important is that the marketplace has changed fundamentally from even 20 years ago. The customer is now in charge. Innovation, which used to be an option, is now a condition of survival. This requires a fundamentally different mindset for dealing with the world, not very much different from the shift from a geocentric to a heliocentric view of the universe.

You write: “Almost every organization goes through phases like Whole Foods, Costco etc, are going through but few (none?) remain in it over their over their life times.”

This is to see these firms as in some kind of startup phase, which will inevitably shift to traditional bureaucracy, senescence and death. What the paradigm shift is about is recognizing that the transition from enthusiastic startup to grinding bureaucracy is a choice, not a necessity. We now know how to do things differently.

Steve, Well you seem to agree that the ecological/aging process exists.

I raised the Sears example as a cautionary tale. One can trace this philosophy much further back to the origins of Anglo-Saxon capitalism in the Quaker and Nonconformists sects of the 17th and 18th centuries. For example, the reason all the major chocolate makers in England (Cadbury, Rowntree, Fry) were Quaker is that that they saw chocolate as wholesome alternative to hard liquor which was (and perhaps still is!) the scourge of the country.

What happened to the Quakers, however, is instructive as they encountered success and scale. The bigger and richer they grew the harder it was for them to retain their egalitarian values and plain styles of living. After 150 years the community had either retreated from business or converted to establishment religions.

The shift to some form of bureaucracy is not inevitable but the number of firms that have avoided it is vanishingly small. One of the ways that this fate might be postponed is to restrict growth, especially if it involves products that likely to become commodities. W.L. Gore is said to do this. But the test is multi-generational, not decades.

Thanks for your further comment. Actually I think we agree on most things. :-}

You write: “The shift to some form of bureaucracy is not inevitable but the number of firms that have avoided it is vanishingly small. One of the ways that this fate might be postponed is to restrict growth…”

Why is the number of firms that have avoided the disease of bureaucracy vanishingly small?

One obvious reason is that traditional management, which is bureaucratic through and through, isn’t identified as a disease. Instead it’s celebrated in business journals, promulgated by the major consulting firms, and systematically taught in business schools as something to be emulated. So is it any wonder that most of the Global 1000 continue to practice it?

Rather than a regulatory solution (restrict growth), I believe it will be better and more effective to get to the root cause, identify the disease as a disease and set about curing it. Happily the cure is known. It’s a matter of implementation.

Alas Steve, I think that we have reached the nub of our disagreement over the practicality of being able to “implement” the “principles” of conscious capitalism. Like so many management principles from the “old” paradigm, they are really desirable outcomes. And the problem with desirable outcomes is always one of “implementation”.

A true paradigm shift in management would involve revisiting the basic assumptions about human nature that underpin the current paradigm. These are what Jonathan Haidt calls in his book, The Righteous Mind, the “rationalist delusion”. In his evocative image of the human mind as a rider (reason) on an elephant (intuition), he shows that there is a spectrum of views from rider (reason) in charge to the elephant (intuition). The former is the rationalist delusion and has been the dominant view in management ever since the reform of the business schools in the 1950s. The rational choice model of the economists is the most obvious example.

The evidence is growing that this view is wrong; elephants rule. You seem still to be talking to the riders; I think that we have to understand the elephants a whole lot better! If one can build an approach to organizations based on changing elephant behaviour in desirable ways, then that just might be a paradigm shift.

Thanks for your further comments. I sense that you are disagreeing with views that I don’t hold and so we have probably come to the end of what we can accomplish by way of conversation in this space. So let’s agree to disagree for the moment. I hope we can find another space and time to continue the conversation.

2 Responses to False Wizards Part II: A Plague of Paradigms