← A Theory and a Hammer: Managing with Incentives (Part I) Disrupting Disruption Theory [Part I]: Storm in a Modernist Teacup →

A Theory and a Hammer: Managing With Incentives (Part II) 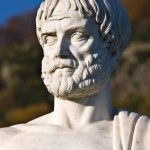 I spent the past week teaching a leadership class at the Kenneth Levene Graduate School of Business at the University of Regina. At the same time my HBR blog “Is Management Due For a Renaissance” has been attracting continuing comment and during the week I was hard put to keep up with the responses. Management writer Steve Denning and I ended up discussing the role of purpose in organizations and would-be professions like management. Steve emphasized the importance that Aristotle placed on telos, or the purpose of a profession. He wrote:

“I am wondering whether the biggest shortfall in management today in  terms of practical wisdom is having the wrong telos. The conventional wisdom in big business is that the purpose–or telos–of an organization is to maximize shareholder value, a notion that even Jack Welch has called ‘the dumbest idea in the world.’ Should we not be getting back to what Peter Drucker said was the only valid purpose of a private sector firm: to create a customer? If we have the wrong telos, can even the best practical wisdom save us?”

The Role of Purpose

My reply to Steve read in part; “In Western thought the role and importance of telos or purpose is dominated by the rationalist assumption that we should think before  we act and that therefore it is important to have the right goals to guide our choice of actions. In situations where cause-and-effect is well understood this is obvious. If I am hanging kitchen cabinets on the wall I will need screws and anchors; if it’s just a picture, a nail will do.

In complex situations, where cause-and-effect relationships have  to be discovered through a process of trial-and-error, purpose cannot play the same role. In such situations we often act our way into better ways of thinking; sense is made of action retrospectively and “purposes” are used after the fact to rationalize and justify these successful actions.

I think that debates about the purpose of the firm fall mostly  into this second category; they are more about rationalizations of actions than guides to action. Thus proclaiming that the purpose of the firm is to “maximize shareholder value” is akin to telling a professional golfer that his purpose is to minimize the number of shots he takes over four rounds. It’s true; there is overwhelming evidence that those who do shoot low scores earn much more money than those who don’t. But “maximizing SHV” is as helpful as a guide to action for a manager as “minimize strokes” is for a golfer i.e. hardly any.

Drucker’s “insider” view of the purpose of the firm to create a customer is a better guide to action than SHV – general enough to be widely applicable but narrow enough to exclude some of the actions we see justified by the shareholder value model.”

I used the golf analogy only to demonstrate how in a complex activity, a clearly measurable outcome, used instrumentally, might be a very poor guide to the actions necessary to produce that outcome. This is, of course, the same situation I discussed last week in the Veterans Affairs Hospital Network (VAH). Minimal delay in getting treatment is a desirable outcome of an effective health system, and it is relatively easy to measure and incentivize. Unfortunately it does not provide a clear guide to action. As I suggested last week, wait times in complex organizations like hospitals are usually the result of complexity, lack of resources and broken work processes; they cannot be fixed systemically by incentive schemes.

When I was beginning my management career the Lincoln Electric case was one of the most popular offerings from Harvard Business School. It told the story of the world largest manufacturer of welding equipment, their unique culture and the incentive-based pay scheme that was part of it. The case was often interpreted as a generalizable proof of the power of incentives. Today we realize that the situation is not quite so simple. Lincoln experienced enormous problems when they tried to export their system to other countries and disasters like those experienced by Sears, Roebuck & Co. in their auto repair division have made us realize that contexts really do matter. In their book, Hard Facts, Dangerous Half-Truths and Total Nonsense academics Pfeffer and Sutton concluded incentives have three potential effects – motivation, information, and selection. But if performance is not controllable by individuals and their efforts don’t make a difference, then incentives can produce results that are the opposite of those intended. Alfie Kohn, a long-time critic of incentives makes the case that, when it comes to innovation, the evidence is clear; financial incentives destroy the intrinsic motivation so essential to creativity. Creativity requires intrinsic motivation and the best context for that is an organization that regards people as ends-in-themselves, not as instruments to be “motivated” through incentives.