← Seeing The World With New Eyes In Praise of Ecological Rationality: The Return of Practical Wisdom to Management →

Obama and Romney: Prisoners of the System? 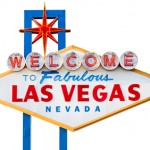 I spent Thursday and Friday of last week at a conference in Las Vegas where I was speaking. The meeting was put on by the Applied Finance Group (AFG), a financial consulting company who create sophisticated corporate valuation models for their customers. Their clients consist of some of the smartest users of financial models in the USA. Most of them are financial advisors but some are consultants, who help corporate executives understand how the financial markets look at their firms and what the keys to valuation are.

The presentations ranged from the political to the highly technical. My topic was “Creative Destruction: an Ecological Perspective” and it was very well received. A speaker of libertarian persuasions had gone before me and proclaimed that “The best way to create jobs is to destroy them!” so my ecological take was a helpful examination of the process. I showed how fast destruction is and how slow and diffuse the processes of creation are. The result is that the incentives in the American economy are lop-sided, favouring destruction over creation. In addition, the new digital technologies don’t create many jobs. Instagram, for which Facebook just paid $1 Billion has a dozen employees! Where are the future jobs going to come from?

The most interesting aspect of the conference, however, was the political perspective. As one might expect, the political views of the participants leaned to the right and several speakers referred to the blessed memories of St. Ronald (Reagan) and Milton Friedman. Expressed attitudes toward Obama ranged from negative to vitriolic, but even those toward Mitt Romney were lukewarm at best. “Anyone but Obama” seemed to be the mantra, coupled with a pessimism that “anyone” could do anything constructive once elected.

Prisoners of the System

I have just finished reading Lawrence Lessig’s highly insightful book, Republic, Lost: How Money Corrupts Congress – and a Plan to Stop It. It is an exploration of how the American political process has become systematically corrupted by money. This is not corruption in the form of outright bribery, although there is some of that. It is what Lessig calls dependency corruption that, like all addictions, grows over time. In The New Ecology of Leadership I describe these dynamics as social traps, in which the short-term results benefit individuals but in the long run lower the welfare of the community as a whole. 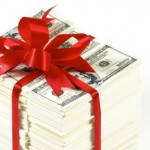 In between 1974 and 2008 the average amount it took to run for election to the House of Representatives went from $56,000 to $1.3 Million. In 1974 all candidates for Congress (House and Senate) spent a total of $77 million. In 2010 they spent $1.8 Billion – well over twenty times more! The result is that fund raising has become a constant preoccupation for politicians. And the biggest source of these funds is special interest groups represented by their lobbyists. This dependency of politicians on special interests and lobbyists has many effects. Lessig calls it a “gift economy” that runs on reciprocity rather than exchange: “I scratch your back and you scratch mine.” Congress’ agenda is distorted, focusing on issues that concern special interest, not necessarily those of the people. Indeed the best sources of campaign funds are issues that special interests care a lot about, but the people don’t.

Another perverse consequence of this gift economy is that Congress has an interest in perpetuating complexity.  A flat tax system without loopholes would be a disaster for politicians who need to raise campaign money. They would be unable to offer any quid pro quo to special interests (and their advisors) who depend on loopholes. The same would be true of deregulation. Thus politicians need contested issues. Sunset clauses are a good example of this. In theory sunset clauses sound great, permitting regular review of legislation that otherwise would default into permanency. However in a system corrupted by money, regular sunset reviews allow the regular extraction of what economists would call “rents” in the form of campaign donations. The need to raise funds also encourages the taking of extreme positions, as those with extreme views on issues are usually the most ready to pay.

Can “Anyone” Do Anything?

Lessig is a liberal and was a supporter of Barack Obama in 2008. He is now highly critical of him, writing that he ran on a platform “to change the way Washington works” and then, once elected, behaved as a Clinton-style incrementalist. Yet as a pragmatist Lessig realizes that the system may not be fixable from the inside – it can no longer reform itself. Many markets in America are concentrated, which means that the special interests are monolithic and strong, which in turn allows coordinated political action. Money defeats fundamental change from both the left and the right.

Lessig proposes several strategies from outside the current political system to create fundamental reform. These range from every voter getting a $50 voucher from government to support candidates of their choice to holding an Article V Constitutional Convention to make the necessary changes. Citing Thoreau he suggests that we must not “hack at the branches of evil” but “strike at the roots”. In this connection his book would have benefitted from a more comprehensive ecological perspective. As I told the conference in Las Vegas, nature does not require large trees to reinvent themselves. It sweeps them away with wind and fire, flood and pestilence and recycles their elements as nutrients for the next generation. In America things must likely get worse before they can get better.

Our only health is the disease

If we obey the dying nurse

Whose constant care is not to please

But to remind of our, and Adam’s curse,

And that, to be restored, our sickness must grow worse.