← When Means Become Ends: Have our institutions lost their sense of purpose? Bad Apples or Bad Barrels? An ecological perspective on ethics in management → 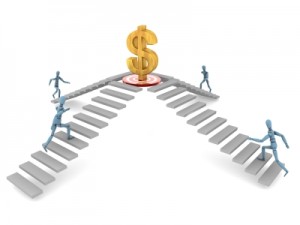 My last blog suggested that many North American institutions have steadily lost their sense of purpose, as means have become ends-in-themselves. This weekend’s New York Times offered some more interesting examples of the many different ways in which the process works and the corrupting impact it can have on the institutions concerned.

The headline story in Sunday’s Times was entitled “Mangled Horses, Maimed Jockeys”. It chronicled the sorry state of horse-racing and revealed that 24 horses die each week on American racetracks as a result of an industry mired in a culture of drugs and lax regulation. The situation seems to have been made worse by the casinos and gambling activities that have become part of most racetracks. Higher purses encourage trainers to race unfit horses and to mask their injuries and defects with large doses of drugs of all kinds. With no significant consequences for drug use, the vicious spiral continues. In England, where all and any drug use is banned, the breakdown rate is half that in the United States.

A second interesting example of the means running away with the ends was a discussion of “cramming”, a corrupt practice of phone companies that we fortunately don’t seem to experience (yet?) in Canada. In the U.S. people can receive text messages on their phones, inviting them to subscribe to short message services. They delete the messages, with no intention to subscribe, only to find that the default is of the opt-in variety. Unless you actually opt out you will be enrolled and billed a monthly fee on your phone bill! Many people don’t even realize that they are paying a fee. Although the phone companies were reticent to comment, it seems that they were getting as much as 30% of the billed amount – hence the opt-in default. Among them was A.T. & T.: Theodore Vail, who founded the company on the motto of “Our mission is service”, must be spinning in his grave…

The Unintended Consequences of Outsourcing

One of the very best ways of ensuring that means become ends is outsourcing supply to jurisdictions that do not share your values. There is a horrifying story in the Monday March 26 edition of the Times reporting on the causes of a building crane collapse in May 2008 that killed two workers. When a critical turntable assembly needed replacement, the company turned to a Chinese supplier that one of its workers found on the Internet. The assembly failed, hurling the operator 20 floors to his death and killing another worker on the ground. The crane company owner is now charged with manslaughter for putting profits ahead of safety. The incompetent Chinese supplier was, of course, much cheaper than the American sources.

Another outsourcing project that is fraught with risk is the privatization of prisons. The purposes of prisons have always been multiple and conflicting. Is it punishment, deterrence, incapacitation or rehabilitation? Or all of the above? Privatization ensures one thing – the perpetuation of prisons and prisoners. For private companies will work diligently to create markets for their services and ensure that incarceration will continue as a punishment. Their methods are direct campaign contributions, lobbying and the use of relationships and associations. Markets are a means to an end and if one keeps outsourcing such services to organizations who do not share the same ends, then it is inevitable that the purposes of the institution will become increasing compromised. 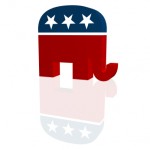 The last and most interesting example of outsourcing as the cause of means to personal success and power subverting the ends of an organization is that of the Republican Party. In an article entitled “The Outsourced Party”, author and journalist, Kevin Baker, describes how more and more individuals have been empowered to use the Republican Party as a means to their own personal ends and really don’t care whether the party wins the election or not.  Rush Limbaugh is an obvious example – what matters to him is his radio show and some argue that his audience would grow more if the Republicans lost than if they won! Similarly, long-shot candidates for the Presidential office, like Michelle Bachman, Herman Cain, Mike Huckabee and Sarah Palin, are more interested in enhancing their personal brands than in making the party successful. Baker contends that the success of the Republicans in bringing outside financing into election campaigns means that these marginal contenders can continue their campaigns for much longer than in the past, sustaining the barrage of conflicting messages given to voters…. As he points out, when everyone speaks for the Party, then no one does.

This entry was posted in Change, General and tagged institutional purpose, means and ends, outsourcing, privatization, Republican Party. Bookmark the permalink. ← When Means Become Ends: Have our institutions lost their sense of purpose? Bad Apples or Bad Barrels? An ecological perspective on ethics in management →