← The Ecocycle: A Mental Model for Understanding Complex Systems When Means Become Ends: Part II – the unintended consequences of outsourcing →

When Means Become Ends: Have our institutions lost their sense of purpose? 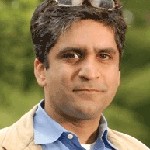 Forty years ago going to business school in the Western World, with a view to becoming a manager, was seen as an honorable endeavor. Back then we believed that management was a calling; a practice that had the potential to become a profession. How the world has changed since then! Today, as the Dilbert cartoons constantly remind us, those high aspirations have been lost. In the words of HBS Professor, Rakesh Khurana, we have gone from “higher aims” to “hired hands”, where the objective of getting an MBA is to land a well-paid job and a ticket to personal success and power. What counts now are the exclusivity of the institution one attends (and thus the rigor of its selection process) and the social networks one assembles there; everything else is secondary.

Khurana’s fine book, From Higher Aims to Hired Hands is quite excellent and a must-read for any student of management or management education. I have made use of his research in The New Ecology of Leadership. In today’s blog I want to suggest that the process of decline that Khurana outlines in the American business schools can be detected in many other North American institutions, including its corporations. This organizational decline takes the form of the steady replacement of the essential dialogue within the organization between ends and means, with a focus on means alone. As the institution loses its sense of mission and purpose, its people and processes become steadily fixed on the means to personal success and power at the expense of the original aims that lead to the organization’s founding.

Our corporations are an obvious example. Over the last thirty years the shareholder value model (SHV), which contends that the sole purpose of a firm is to maximize the returns to it shareholders, has become the dominant business framework. A century ago this notion would have been ludicrous. Corporate purposes then were as diverse as the businesses they were in. Some were building railroads and dams; others were improving the nation’s distribution system or making automobiles. Raising capital was a means to an end, not an end in itself. In that era the only ones manifestly “maximizing returns to shareholders” were the monopolies and the trusts, and then only to a few select shareholders… 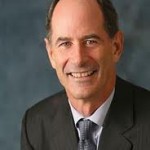 At the corporate level maximizing shareholder wealth sets the cart before the horse and turns a means into an end in itself. The result, as Roger Martin pointed out in his recent book, Fixing the Game, is that senior managers focus on gaming the system and manipulating the numbers, instead of concentrating on real variables such as gaining and retaining customers. As examples from the financial service industry remind us every day, customers become marks and “muppets” to be exploited.

Signs of institutional decay are everywhere. The public education systems’ emphasis on teaching to standardized test has resulted in widespread cheating to manipulate test scores. Those who game the system typically get promoted; those who refuse get fired!  Talk about perverse outcomes! In many colleges the financial rewards of having a top football team have skewed priorities and, in some cases, corrupted senior officials. Some colleges are gaming the academic ranking systems so that they can attract more and better applicants. Cash-strapped state governments are expected to approve the introduction of new casinos at a record pace, resulting in the cannibalization of existing establishments and no gain to either the economy or society.

More established professions than management are also experiencing problems. Corporate attorneys now recognize that they are “totally conflicted”.  Standards have slipped to the extent that discussions are no longer about upholding the rules but how far you can push them. The primary purpose of the law firms seems to be the maintenance of a high commercial ranking to market the firms’ corporate services with the lucrative fees that accompany them. Numerous conflicts of interest have emerged in the medical profession, where apparently objective scientific studies have been compromised by payments from companies with a vested interest in their outcomes.

Many of these depressing developments seem to have been accompanied by a pervasive faith in measurement and incentives to produce desirable outcomes. The result is the unhappy elevation of what were once metrics into targets. The shareholder value model is part of a broader, unhealthy worship of markets as ends-in-themselves. Yes, efficient markets can, in principle, be a valuable means to promoting desirable social ends. But their efficacy should be a matter of evidence not belief, pragmatism not ideology. And the evidence, particularly when it comes to markets for financial assets, is not encouraging. While a market economy is undoubtedly a good thing – provided it can be kept working effectively – a market society is a much more problematic proposition. Markets make a fine servant for society but a poor master.

Economist Friedrich Hayek recognized this conflict between two “orders”, that of small groups and that of markets rather clearly:

“Part of our present difficulty is that we must constantly adjust our lives, our thoughts and our emotions, in order to live simultaneously within different kinds of orders according to different kinds of rules. If we were to apply the unmodified, uncurbed rules of the . . . small band or troop, or . . . our families . . . to . . . our wider civilization [the extended order of markets], as our instincts and sentimental yearnings often make us wish to do, we would destroy it. Yet if we were to always apply the rules of the extended order to our more intimate groupings, we would crush them.” (Hayek 1988:18; italics in the original)

I suspect that an ecological mental model, like the ecocycle, is a good way to begin framing this dilemma and thinking about how we might reform our institutions to address it.