← Ecological Rationality: Coming Soon to a Website Near You! Contextual Intelligence: A String in the Labyrinth → 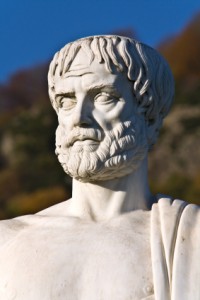 In his book Thinking, Fast and Slow, Daniel Kahneman, the psychologist who won the Nobel Prize for Economics in 2002, describes two great, fictional systems of human thought (fictional because they don’t actually exist as separate systems). System 1 is a fast-acting, automatic, associative system that continually looks for patterns. System 2 is slow-working, effortful, logical system, that can make complex calculations.  It’s the latter system that we associate with our reasoning, calculating selves. It is synonymous with the neoclassical economists’ (econs) view of what human nature ought to be.

In their seminal book, Nudge, which has become the “bible” of behavioral economics, Richard Thaler and Cass Sunstein liken System 1 to “Homer Simpson” and the econ’s System 2 to the hyper-logical “Mr. Spock” from Star Trek. The central message of all the work in this area is that, while Mr. Spock thinks he is in charge, Homer is the hero and trumps Spock most of the time. In the language of my book, Homer is rational but in an ecological way.  Ecological rationality can be thought of as synonymous with practical wisdom or “contextual intelligence”, as some have called it.

Homer’s victory has wide implications for all the social sciences, but nowhere more so than in the field of management, which fifty years ago set Mr. Spock on a pedestal and did its best to keep Homer shackled and chained in the  “iron cage” of bureaucracy.  Now the cage door is open. The chains have been broken. Homer is loose and about to run riot through the social sciences. Woohoo!

The New Ecology of Leadership does not propose that the cool logic of Mr. Spock be replaced, only that it be embraced (and thus contained) by the warmer ecological rationality of Homer and his tribe. In that way, we can get the very best out of the creative integration of both logics: the practical wisdom of Homer with the calculative power of Mr. Spock. Nevertheless, I expect reactions to the book to be sharply polarized.

Some will Love It

Some folk are going to love the book. Entrepreneurs tell us that the ability to see patterns and make new associations is critical to the innovation process. Reflective practitioners will say that they knew all along that they were weaving the two systems together, with our basic, shared humanity as the warp thread and our ability to improve some decisions through logic and calculation as the weft. Together they can make a fine tapestry. More generally, the liberal arts are going to welcome the new appreciation of what they do; showing us how we can think about the world in just as many different ways as we can experience it. 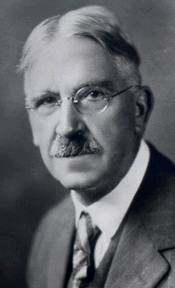 Lastly, I was very pleased with the endorsements (blurbs) for the book that I got from people that I respect. I thank them all. I have always felt ambivalent about blurbs, especially when asked to give them for people who I know, but whose books I didn’t really like. Eventually my position as a book reviewer protected me. I understand that the publishers like them for the distributors to read. You can see them on the book’s Amazon page.

Others Will Hate It

The “Mr. Spocks” of this world are going to react to the idea of ecological rationality and practical wisdom like vampires to sunlight. At the moment they are living in the shade provided by Kahneman’s unfortunate, “glass half-empty” moniker for his work; “heuristics and biases”. The word “bias” has the effect of leaving the “gold standard” for rationality with the econs. The “glass half-full” approach of ecological rationality, on the other hand, lets the sun shine in! If the practical wisdom that has allowed us to survive as a species for 100,000+ years on earth is not the gold standard, then what is?

So who will hate the book? Right-wing libertarians for sure (I was amazed to find that there are left-wing libertarians and that I might be one of them. See: The Political Compass). Many, if not most, “econs” will dismiss the book with comments like “The plural of anecdote is not data”. Others made unhappy will be mainstream business academics who have a penchant for context-free “principles”, and mainstream management consultants who do a lot of high-end strategy work, but use armies of recently-graduated MBAs. Some of these, perhaps unwittingly, have become “servants of power”, purveying tools without regard to the ends to which they have been used.

Another significant group who will dislike the book intensely will be bosses who relentlessly pursue wealth and power. They may resemble Charles Montgomery Burns, the evil overlord of the Nuclear Power Plant in The Simpsons. They have long used the logic of Spock as a thin cloak of reason over the exercise of raw power and their ability to game the system; this book starts to strip that cloak away.

I am particularly happy with the role of power in the ecological mental model. Mainstream management theory is rather coy about its place in business. For the econs, logic and reason are the only forms of power, but this just makes its role undiscussable. In the book I show power in its function as a legitimate tool of managers, as well as what happens when it becomes embedded in an institutional context, creating a dysfunctional organization. Many of those who dislike the book will couch their objections in logic but the real issue will be their perceived loss of power.