Ecological Rationality: Coming Soon to a Website Near You! 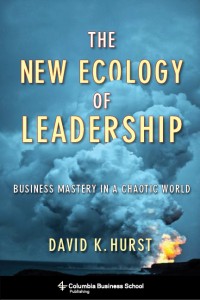 The New Ecology of Leadership

In the dance of the seven veils (or is it seven dust covers?) that make up the pre-launch of The New Ecology of Leadership, the next scheduled event is the posting of the Introduction as an excerpt. I don’t have the final version just yet and in this weekly interim blog and next Tuesday’s I want to reflect, firstly on what the book tries to do and, secondly on who is going to love it and who is going to hate it. Because I think that the book is going to be sharply polarizing (assuming someone reads it, which is not always a good assumption!) In the spirit of a book that insists that context matters, a little history is in order:

For the past fifty years, ever since the attempt to professionalize the practice of management in the late 1950s, management theory has been based on a particular view of human nature. It is the view espoused by neoclassical economists that humans are (or ought to be) rational-agents, who maximized their personal utilities (don’t ask). Emotion was the enemy of reason and the objective of the business schools was to produce objective decision-makers, who could allocate resources to their highest use. Back then it was really like that…I can remember receiving a benediction to that effect at my graduation ceremony in 1972…

Initially the rational-agent assumptions seemed to work well for the business schools. American industry had survived World War II with its facilities intact and most of its industrial rivals had been smashed. Growth was all about expansion and growth in scale; little creativity was required. It was perfect for the products of the business schools: follow the recipe and stick to the rules. And they made themselves very rich. The HBS class of 1949 came to be known as “The Class the Money Fell On”.

The American industrial boom began to fade in the 1970s, as Germany, Japan, and other industrialized economies rebuilt their infrastructures, usually with much more modern technology. The oil crisis undermined the foundation of cheap energy on which the American economy had been built. A fight for control of corporate America broke out. Critics charged that “fat cat” business managers had become complacent and were no longer acting in the best interests of the most important suppliers of resources – the shareholders. A seminal article appeared in HBR in 1980, entitled “Managing Our Way to Economic Decline”.

We now know that the shareholders and the financial industry won that battle for corporate control. In the business schools the finance function emerged as top dog and the economists began to apply their discipline to the firm in the form of organizational economics (agency theory and transaction cost economics). The shareholder value model of the firm has dominated for the last thirty years or so.

The business schools did not change their functional siloed structure (academic tenure makes it very difficult), but a new function called “leadership” emerged and began to grow very fast. If “management” was now all about maximizing shareholder value, then leadership became the dumping ground for all the human concerns in organizations, the aspects of our human nature that didn’t fit into the “rational-agent” cage. It might not yet be a rigorous discipline, the proponents of leadership argued, but at least it was “relevant”.

Today it is clear that the central challenge in the Western World now is not to make existing organizations more efficient and to allocate resources. That struggle has moved to the East. The challenge here is to reinvent our economies, to innovate and create wealth. Neoclassical economics and the shareholder value model cannot help us here and one wonders whether the business schools, with their intellectual foundations now crumbling, will be able to adapt. Their clients are changing their structure: can they? The jury is out.

Meantime, what are we to do? This is where The New Ecology of Leadership comes in. Fundamentally it seeks not to replace the rational-agent model but to embrace (and thus contain) it in a more accurate understanding of human nature. This new understanding is called “ecological rationality” and with it comes an acknowledgement of our hunger for “narrative truth”. 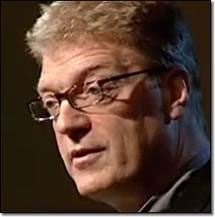 For today we know that the rational-agent of human nature, while not necessarily wrong, is severely flawed. We never were and never can be rational agents, except for short periods of time in highly artificial and controlled contexts (ideally scientific experiments). Emotion, far from being the enemy of reason, is its essential ally. Reason can lay out options, but it takes emotion to choose among them – to make decisions.

It is clear that our minds are not general-purpose computers, like we thought they might be fifty years ago. They are collections of myriad special-purpose apps, cobbled together by evolution. We have evolved to extract cues to action from the contexts in which we find ourselves. We can think about the world in just as many ways as we experience it. Sir Ken Robinson makes this point particularly well in his TED talk: Sir Ken Robinson TED “Do Schools Kill Creativity?”

In my next blog I will talk about who might welcome this new approach and who is going to hate it.

2 Responses to Ecological Rationality: Coming Soon to a Website Near You!