Hunting Dynamics: Why Chance Encounters Should Not Be Left to Chance

A few days ago Knowledge@ Wharton published an article entitled, “How Seemingly Irrelevant Ideas Lead to Breakthrough Innovation”. It cited several examples. The cushioning on Reebok’s basketball shoes was derived from intravenous fluid bags; Qualcomm’s new colour display technology is rooted in the technology of the Morpho butterfly’s wings, and so on.

These are examples of how information from distant domains can help create breakthrough innovations in a target domain. In a new, unpublished working paper Professor Martine Haas and doctoral student Wendy Ham are attempting to understand the process. While they agree that serendipity plays a role, they are trying to identify the conditions that might promote such helpful discoveries.

So far they have suggested two ways that peripheral ideas can help breakthrough thinking: the first is idea transplantation, which involves the direct transfer of artifacts, technologies and practices from peripheral fields. The second is perspective shifting, which occurs “when expertise or experience in a peripheral domain leads work group members to see the problem in a core domain differently, thus revealing new solutions.”

As they push beyond these two outcomes to look for more fundamental causes, the two researchers have distinguished between knowledge stocks and flows. Knowledge stocks are the accumulated expertise and experience that individuals have, while knowledge flows are the dynamic process whereby peripheral knowledge becomes accessible to members of a group. It is the most critical process for breakthroughs. 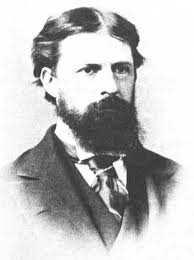 Philosopher Charles Sanders Peirce described a creative form of thinking he called abduction. It works like this:

The surprising fact, C, is observed.

But if A were true, C would be a matter of course.

Hence, there is reason to suspect that A is true.

Abduction comes in handy when we try to think about the role of peripheral knowledge in innovation. After all, “A” in the example above is not new knowledge; it is known information, but from a different domain, being brought into the core domain by way of analogy. So we have the “surprising fact” that in innovative organizations peripheral knowledge from another domain leads to original ideas and perspectives in a target domain. This is “C”. Now we have to jump to another distant domain to find “A”. An ecological perspective suggests that thinking about innovative teams as if they were hunter-gatherers might be helpful.  So here is our “A”:

Hunter-gatherers live in environments where resources are scattered and ephemeral. Vegetables and fruits come and go according to the seasons and the availability of water is always uncertain. Herds of animals migrate and their local movements are influenced by natural events such as lightning storms, bush fires and rain. As a result, hunter-foragers are themselves highly mobile and organize themselves in loose nomadic networks of small teams to cover a vast opportunity space. Their survival depends upon their ability to pay attention to what is going on around them and to inculcate virtuous habits in their members, so that they behave reliably even when they are remote from each other.

They are organized in small egalitarian hunting groups of 7-15 individuals within a larger band of about 150 people. The hunting dynamic is called “fission-fusion”. The hunting groups spread out across the opportunity space to maximize their chances of encountering game and other resources (the “exploration” phase). When any one of their members encounters an opportunity they will then gather round it in a close-knit group to use it (the “exploitation” phase). This is the time when the bonds of trust are strengthened, the rituals enacted and their stories are told. Once this fusion phase is over they spread out across the opportunity space again. Accompanying this dynamic is an attitude of improvisation; the world is seen, not as consisting of inert matter, but of “what matters”. Everything has significance and can, under the right circumstances, serve as what ecological psychologist, J.J. Gibson, called an “affordance” – part of an improvised solution to reaching a goal or solving a problem.

One can see similar dynamics in more modern entrepreneurial communities. My favourite example is that of the Quakers in the 17th and 18th centuries. Initially they were persecuted and driven out from the commercial centres of England to the edges of society. Here they set up a peripatetic, egalitarian community of faith that refused to distinguish between business and religion. Their members became traveling preachers and pedlars, who built up a social and commercial network with unmatched information about what was happening in the marketplaces of the Midlands. The group bonded together during the regular Quaker meetings and, in the early days, during their periods of incarceration. As one might expect, the prisons proved to be fertile recruitment grounds for new members!

Over time, the Quaker community developed the habit of exposing its members to a wide variety of experiences that led directly to many of their innovations that kick-started the First Industrial Revolution. Thus Abraham Darby I first apprenticed as a brewer in Bristol, where clean-burning coke was used to malt the grain. He was then sent to Holland to learn about brass founding from the Dutch, who were masters in that craft. On his return to England he brought these disparate domains together to use coke added to limestone and iron ore to create a malleable iron. For the next century and a half the iron foundries of Coalbrookdale would be involved in every industrial advance in the use of iron.

There is evidence that hunting dynamics are our default cultural condition and that when our ordered worlds fall apart we return automatically to small egalitarian communities of trust. Creating such communities inside large successful organization is much more challenging. For the resources there are neither scattered nor ephemeral and a modular, stratified hierarchy is well-suited to handling scale and stability. The ecological perspective (as well as the work of people like Harvard’s Clay Christensen) suggests that such groups have to be removed as far from the core of the organizations as possible – on the edges or in open patches, where small-scale exploration and experimentation is possible. An ecological perspective also suggests that crisis is innovation’s ally. If that’s the case our current challenges should be seen as great opportunities!

One Response to Hunting Dynamics: Why Chance Encounters Should Not Be Left to Chance