← Economics as a Moral Science and the Capitalist Dilemma: An Ecological Perspective Climate Change and Evidence-based Management [Part II]: The Case for Practical Wisdom →

Climate Change and Evidence-based Management: An Ecological Perspective [Part I] 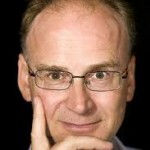 In the Wall Street Journal over the weekend, British science writer Matt Ridley wrote another one of his provocative essays around his theme of “rational optimism”. [In 2010 Ridley wrote a book, The Rational Optimist, which I reviewed for Strategy+Business.] This time he tackled the question as to whether the earth is running out of resources. He cited the poor predictions of ecologists and contrasted them unfavorably with those of the economists. He concluded, based on his interpretation of the evidence, that the planet wasn’t running out of resources; hence the grounds for his optimism.

Ridley is also the past non-executive Chairman of Northern Rock, the British bank that went insolvent during the credit market seize-up in 2007 that precede the financial crash of ’08. Northern Rock was the first British bank to go insolvent in 150 years and over time evidence emerged that company had been pursuing a highly-leveraged, high-growth business model and had not made adequate contingency arrangements in the event that the credit markets were to freeze. You would never know this, however, from reading the transcripts from the parliamentary enquiry held in the immediate aftermath of the bank’s failure. Despite every effort of the parliamentarians to get the top management group to admit that they had made mistakes and to suggest how they might have acted differently, the group adamantly refused to admit that they had made any errors.  Here is a key exchange:

Q404  Mr Fallon [Treasury Committee, Conservative Member of Parliament]: But a heavily leveraged bet on the movement of interest rates and on capital markets remaining open for an over-exposed model like this seems to me a fairly basic banking error, is it not?

Dr Ridley: We were subject to a completely unpredicted and unpredictable closing of the world credit markets. Our model was entirely transparent to the market and to the regulator. It was discussed regularly with both and it was not at the time seen as running a particularly high risk in terms of liquidity.

Q405  Mr Fallon: But it was your duty as Chairman and as a Board to ensure that your bank was liquid.

Dr Ridley: We were hit by an unexpected and unpredictable concatenation of events.

A Response to Ridley

It struck me while I was reading Ridley’s WSJ essay that his use of prediction models to make decisions about the future trajectories of complex systems with unstable parameters, like those found in the climate and in business, was and is highly risky. As a result, his problems at Northern Rock might have been directly connected with how he viewed the world then and still views it now. In this two-part blog I am going to try to make that connection, starting with my response in the WSJ to the Ridley essay and the bad-tempered, often ideological debate that followed it:

“Past performance is not necessarily indicative of future results”. This fine print disclaimer from the investment industry should be at the bottom of every page of Matt Ridley’s article and this discussion. Anyone with any experience in a corporate microcosm knows that prediction is difficult, especially about the future. Within broad limits forecasts, even in such limited contexts, are anything you want them to be and the further out they go the (exponentially) more arbitrary they get…

Matt Ridley is right, in that ecologists are often their own worst enemies by trying to play the prediction game. In the short term they can only lose, because they have to get the timing right and the economists don’t. But it’s the wrong game with the wrong rules. As Harvard Business School professor Clayton Christensen has argued, data is all about the past; when it comes to the future we need theory.  The debate about the future and how to choose between the economists’ triumphalism and the ecologists’ gloom is not about data, calculation and prediction; it’s about how we interpret that data using theories of cause-and-effect, judgement and understanding.

Indeed, when it comes to the theory game, it is as unevenly in favour of the ecologists as the data game favours the economists. On the one side are the linear, partial, relatively static, “either/or” theories of mainstream economics (where too often technology has been seen as “exogenous” to the system). Ranged against these are the nonlinear, holistic, “both…and” system theories of ecology. At the limit, mainstream economic theory allows us to view the world as a heap of resources and (since little escapes to outer space) capable of endless recycling. This is anathema to ecologists: the world is a whole not a heap and you have to worry about the system’s relationships not just the system’s components. And the relationships are complex.

One would have hoped that Mr. Ridley, after his banking experience at Northern Rock, would have been a little bit more cautious about playing the prediction game, especially on a planetary scale. One would have thought that he would have paid more attention to our theories of cause-and-effect that we use to interpret that data. In which case we could have some intelligent discussion instead of a bad-tempered debate.

Next week, in the second part of this blog I will argue that that the same comment applies to business management – one cannot rely just on data-based predictions, one has to depend more on judgement-based anticipations, and that’s what wise executives do.