← Words and Looks: Leadership Lessons from A Christmas Carol Management by Machine: MBO as Manipulation? →

The economist Joseph Schumpeter famously argued that the central feature of capitalism was “creative destruction”. Last month the destructive aspects were on full view in the wreck of the 100-year-old magazine The New Republic (TNR). In the first week of December 2014, a month after the celebration of its centenary, almost the entire senior staff resigned in response to the forced departure of the magazine’s respected editor, Frank Foer. In one day the publication lost two-thirds of the names on its editorial masthead.

The New Republic was founded in November 1914 by leaders of the American Progressive Movement and backed financially by a Whitney heiress and her wealthy husband. Over the years, under its masthead symbol of a square-rigged frigate, it has attempted to tack and jibe between the ancient menaces of Scylla and Charybdis. That is, it tried to find a way between “left” and the “right” in many, perhaps most of the instances of that polarity: tradition and progress, liberal and conservative, rural and urban, agrarian and industrial, arts and sciences, community and individual and so on and on. The result was an often scintillating publication, but with a limited readership. TNR lived perpetually on the edge of financial catastrophe, which was staved off only by philanthropic support. Even then, there were regularly crises, when the magazine’s very survival was threatened.

Internally the TNR culture was what a former editor, Andrew Sullivan describes as a “cauldron of first-class minds and third-class temperaments, engaged in something roughly called journalism not for money or pageviews, but because they believed in something, and were prepared to engage every ounce of their brainpower to fight over it. Editorial meetings were tempestuous, ribald, hilarious, and unmissable .…We experimented every week – and took risks others balked at.” Not surprisingly this atmosphere proved to be a great incubator of writing talent and many of America’s finest journalists have spent some time at TNR. This must account in part for the shock and anger expressed in the media at its wrecking. 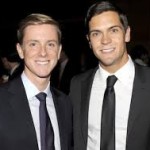 The latest crisis had it origins in the 2009 bankruptcy of the previous owner, the Canadian media company, Canwest. Eventually a new owner was found in the form of the 28 year-old Chris Hughes, one of the founders of Facebook, and whose 1% shareholding in that company is estimated to have been worth in excess of $700 million. Initially Hughes disavowed any intention to take control and seemed to be both capable and content to preserve TNR as a public trust. After a two-year honeymoon, however, that situation began to change. It seems that Hughes’ true goal had been to use his ownership of the Washington icon of liberal thought and cultural criticism to bolster the chances of success of his spouse, Sean Eldridge, in his election to Congress in a district in upstate New York. As such, the acquisition of TNR was only part of a larger strategy that included purchasing homes in likely districts and investing (a politically clumsy move, some said) in local businesses. When Eldridge was comprehensively defeated by his Republican opponent in the 2014 election, the strategy was in ruins.

Beginning in the late summer of 2014, as his spouse’s political campaign began to look hopeless, Hughes’ approach to TNR changed. He started to talk about money and the money the magazine was losing. In September he brought in an outsider as C.E.O.; he was Guy Vidra, whose previous job had been General Manager of Yahoo News.

Vidra did not appear at TNR’s Washington office until six weeks after his appointment (an inexcusable delay). At a meeting of the whole staff he delivered a PowerPoint presentation laden with management clichés and technical jargon that could have been taken directly from Scott Adams’ Dilbert cartoons. TNR was a “digital-media company”; it was going to become a “hundred-year-old startup” that would require it to “change some of the DNA of the organization” as well as the introduction of annual performance reviews. Vidra closed his presentation with some lines modeled on dialogue from The Godfather; “They say that there’s two types of C.E.O.s. There’s a peacetime C.E.O. and the wartime C.E.O. Not to be overly dramatic about it, but this is a sort of war. This is a wartime period. That just means that we need to change a lot of things. We need to just break shit. Sorry to say, we’ve got to break shit and embrace being uncomfortable sometimes. And it’s scary. It’s definitely a scary thing to do. But it’s also fun: you know, lean up against the wall and break it. So, I hope you guys are as excited as I am about it. I think it will be a super adventure! Any questions? I have no answers, but feel free.” He had hardly acknowledged the editorial staff and had made no mention either of the magazine’s high-quality journalism or its mission, its raison d’etre.

By early December, six weeks after that first meeting with the new C.E.O., almost every key TNR employee who had attended it was gone.

Lessons from the Disaster – How Not to Run a Turnaround

There are many lessons from the wreck of The New Republic at many levels. As an organizational turnaround it violates almost everything we have learned about effective organizational change over the past fifty years. This began with a failure on the part of Chris Hughes either to understand or embrace the organization’s mission. The New Republic was a small political magazine that had set out to change the world. As part of the Progressive Movement it was created to ensure that the values of the Founding Fathers of America would find expression in a changing landscape. The strategy was to restore democracy by curbing unbridled power and instilling a new sense of personal responsibility in the middle-class elite. It was always a social, political and cultural venture, never an economic one. As such it had never made any money; at best it might break even. In some sense TNR had been a perpetual startup but one that had never searched for, let alone found, a money-making formula. Any attempt to transform it into a profitable digital enterprise was going to be extremely difficult.

In addition, some observers have suggested that the socio-political space in which TNR had operated for so long – to the right of the Democrats and to the left of the Republicans – had been shrinking steadily, as the entire American political spectrum moved to the right. In the view of some of these commentators, the new space opening up was to the left of the Democrats. If this was true, then TNR was going to have to revisit both its mission and the means of achieving it. At minimum – in Silicon Valley jargon – it was going to have to execute a “strategic pivot”.

Hughes missed all this, probably because he bought TNR for instrumental rather than intrinsic reasons. It’s quite possible that he and Eldridge had a vision of themselves as Washington’s most politically powerful gay couple. Had Eldridge won election to Congress in November 2014, he and Hughes would have been the toast of America’s liberal media and would have garnered huge attention and publicity. Under such circumstances TNR would surely have been spared the humiliation of a “wartime C.E.O.” and his Dilbertian jargon. As it was, however, as the vision faded, Hughes seems to have taken out his frustration on TNR. In the process he, together with Guy Vidra and his cartoonish behavior, may have wrecked the whole enterprise. New York Times columnist, David Brooks calls Hughes “callow and incompetent”.

Broader Questions – Where Are We Going?

The wreck of The New Republic also raises broader questions, not only about how society supports public goods and institutions that are intrinsically valuable and whose survival cannot be left to the vagaries of the marketplace, but also about the viability of commercial enterprises that believe in something more than making a profit. From a systems perspective many firms are faced with twin threats. The digital technology revolution disrupts them from below, while the shareholder value movement oppresses them from above. The power laws of digital technology seem to be driving increasing inequality in all areas of society through the accelerated commoditization of a host of products and services. The shareholder value movement, apart from vastly enriching C.E.O.s, has lead to relentless focus on the short-term by public companies. Thus commoditization and short-termism are the twin banes of an improvident era. Together they encourage a preoccupation with the trivial and the immediate and a lack of concern for either the past or the future. We have destruction but with little creation.

At the TNR Centenary dinner Leon Wieseltier, cultural editor for thirty-two years, articulated the situation well: “We are not only disruptors and incubators and accelerators. We are also stewards and guardians and trustees. The questions that we must ask ourselves, and that our historians and our children will ask of us, are these: How will what we create compare with what we inherited? Will we add to our tradition or will we subtract from it? Will we enrich it or will we deplete it?”

Good questions for every organization, community and society.