← In and Around London: A Trip to the Theatre HBR Blog: The Mongrel Discipline of Management →

Return to Canada: the Baltic Management Development Association Part I

I returned to Canada over the weekend from Lithuania via London, where I “perched” over night before taking the afternoon Air Canada flight from Heathrow to Toronto. The highlight of the past week was my trip to Kaunas, Lithuania to take part in the annual meeting of the Baltic Management Development Association. I sat in on all the sessions that I could and delivered the final keynote on Friday before attending the gala dinner.

Early on in the week, however, I had the great pleasure of having lunch with Will Hopper at the Garrick Club in London. Will is the Chairman of the Peter Drucker Society in the United Kingdom and I had met him in Vienna at the Drucker Forum in November last year. His recent book, The Puritan Gift, offers an excellent perspective on the American management heritage and where it has gone so badly wrong. The Garrick Club itself is a marvel, founded in 1831 with a long distinguished history and a collection of theatre memorabilia and writings that would grace any museum. We sat at the Members’ Table for lunch, where I found myself seated next to a retired judge and across from Marcus Lovett, the current Phantom in the London production of The Phantom of the Opera. We all had a stimulating conversation over an excellent meal.

The Rigours of Ryanair 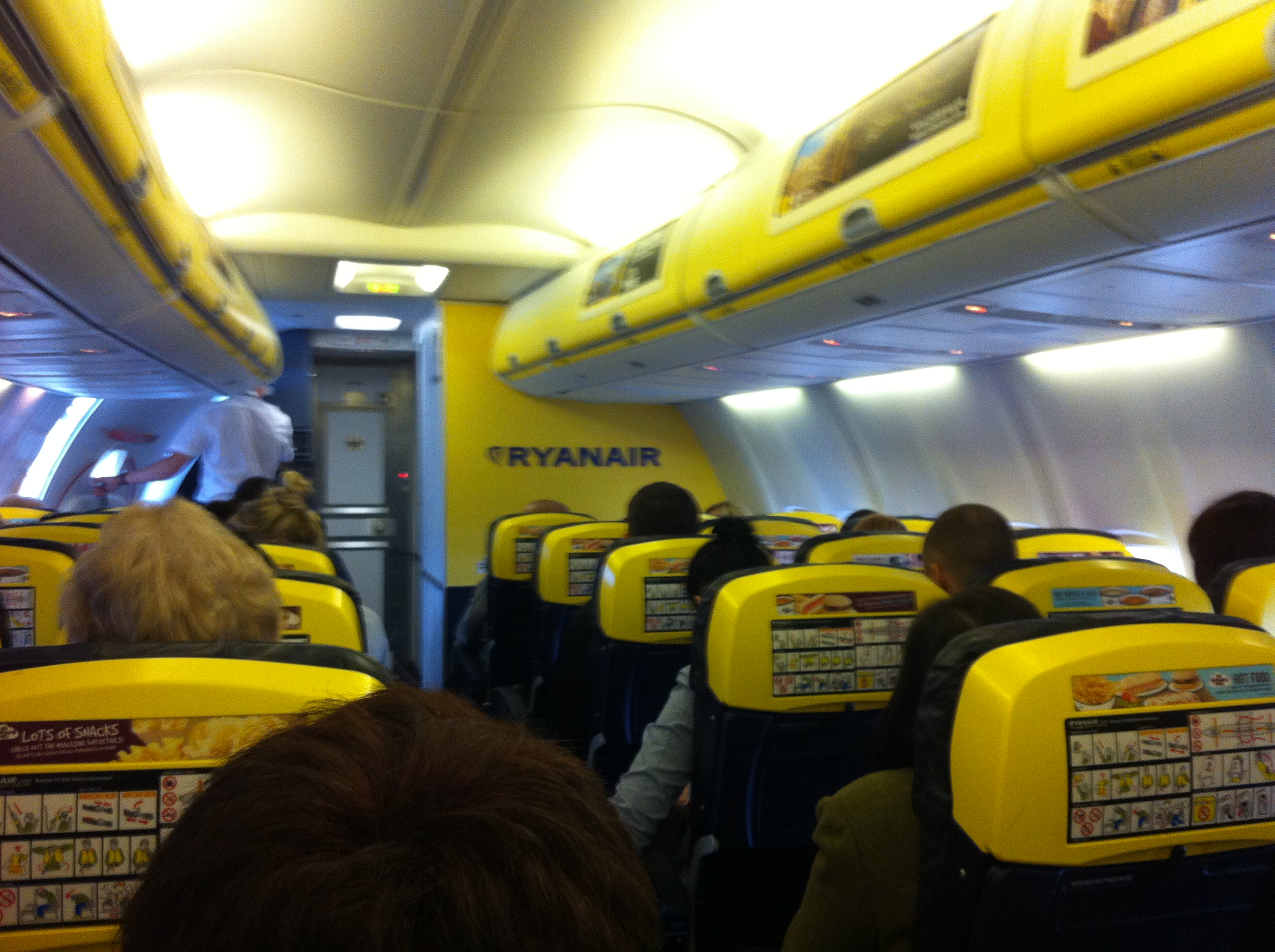 Interior of a Ryanair Flight

One interesting experience on my way to and from Kaunas, Lithuania was to travel for the first time with Ryanair. I had reviewed the CEO Michael O’Leary’s unauthorized biography some years ago and knew something about how the company operated, based upon O’Leary’s bid to become the Southwest Airlines of Europe .  It is the realization of a dream that should gladden the heart of any mainstream economist – an enterprise that that subordinates everything to the pursuit of efficiency and the maximization of returns to the shareholders. You can see the process from the moment you log into their website until you step off their plane. Airline travel is reduced to as pure a commodity as possible with every conceivable deviation from standard (a.k.a. “frill”) attracting a charge of some kind. You have to estimate the weight of checked luggage well in advance of travel and any excess weight in either it or your carry-on will attract swingeing fees. Inside the cabin is strictly utilitarian (see picture). There are no pouches on the backs of the seats, presumably to make cleaning easier, and safety instructions are embedded on the back of every seat. The covers of the overhead bins are used for advertising, which is everywhere. There is no free water, coffee or tea. O’Leary would like to charge people for going to the toilet but has abandoned this idea in favour of removing two of the three toilets on the Boeing 737-800 aircraft to allow another six seats. Boeing have yet to approve the change.

The business model has, however, been hugely successful. Ryanair is the largest airline in Europe and 90% of its flights are on time – the best in the region. My flights to and from Kaunas – a relatively new destination for the airline – were both full, and on time. A Martian inspecting Kaunas airport would immediately conclude from the number of planes on the airport apron that Ryanair was the national airline of Lithuania and I am sure that impression would be repeated in all of the smaller nations that make up middle Europe.

The BMDA is a very active association, chaired by their energetic chairman, Dr. Virginijus Kundrotas, and this was their 11th annual meeting, which about 125 people attended. The theme of the conference was “The Role of Management Empowering Innovations and Creativity”. The first morning was devoted to research papers delivered by students from all over the Baltics and the main conference got under way early in the afternoon. I will write about the participants and their presentations in my next blog.

This entry was posted in General and tagged Baltic Management Development Association, BMDA, Drucker Society, Garrick Club, Lithuania, Michael O'Leary, Puritan Gift, Ryanair, Will Hopper. Bookmark the permalink. ← In and Around London: A Trip to the Theatre HBR Blog: The Mongrel Discipline of Management →

One Response to Return to Canada: the Baltic Management Development Association Part I