← Management Needs to Return to Reason The Ecology of a Social Movement: The Quakers and Social Reform – Public Talk RSA London December 7 2018 →

Lead Like a Gardener! – Agile and Design Thinking Will Become Management Fads Unless We Expand Our Concept of Management 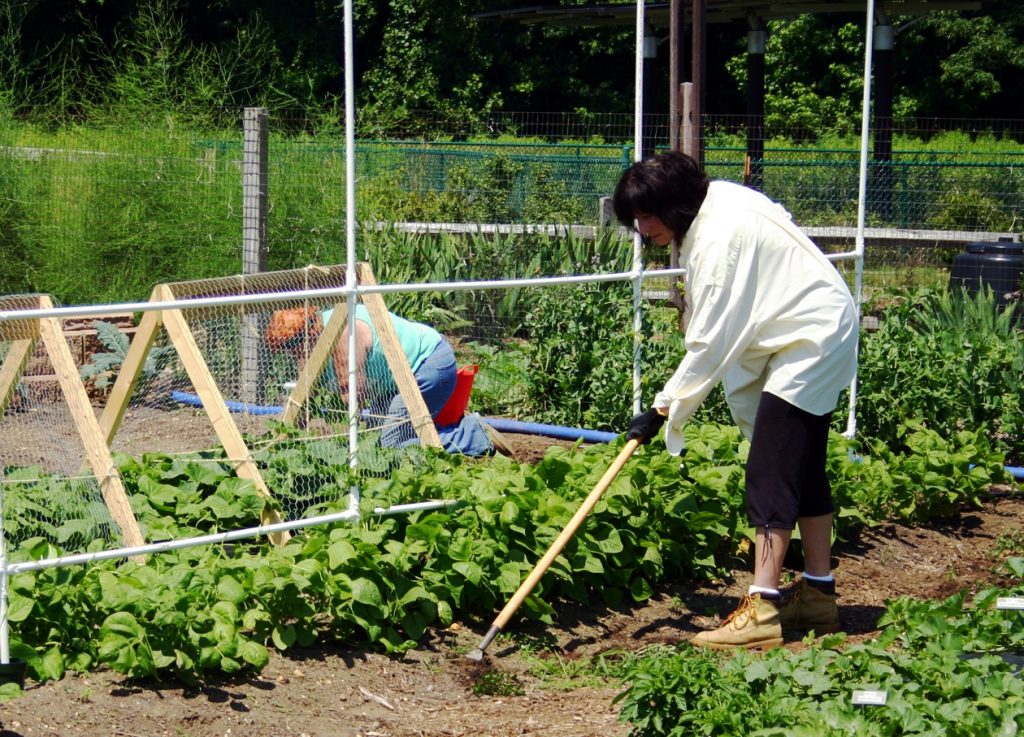 This blog is a shortened version of a full-length article Lead Like a Gardener that appeared in Medium earlier this week.

Management is notoriously faddish. Managers can reflect on a long line of management innovations that attracted huge attention, were widely adopted and then gradually dropped as management attention wandered to shinier tools.

Management writer Steve Denning argued in a recent Forbes column that Agile is different from all the others. All of his claims have merit but I think that they are largely irrelevant to whether Agile becomes a fad or not. The determining factor is the mainstream Anglo-American management mindset. This dominant ‘Cartesian’ view of management is that it is a technical practice, like engineering, with the same relationship to economics that engineering has to physics. It appeals to an individualistic ‘CEO’ theory of mind. This is the folk theory that we have only one conscious mind and that the manager is a detached, knowing actor/agent in a knowable world, rationally calculating (predominantly) his options and issuing crisp, actionable instructions. Accordingly to this Cartesian view all management innovations are seen as instruments – tools and techniques – to be wielded by such rational actors.  This view is closely associated with scientific materialism, the philosophical belief in a universe of matter and that physical reality, accessed by the natural sciences, is all that exists.

The Rise and Fall of Business Process Reengineering

The rise and fall of Business Process Reengineering is the clearest illustration of the making and breaking of a management fad. First its very name implied that one was dealing with a mechanical, engineering process. The ‘reengineering’ tag was deliberately chosen because it was ‘hard, tough and masculine’ Secondly, a feature of BPR was its violent prose penned by the appropriately-surnamed Michael Hammer. This appealed to the two most common characteristics of American managers – aggression and impatience. Thirdly, BPR’s main advocates Michael Hammer and James Champy made it clear that knowledge of a particular business was unimportant for BPR to be a success: they were talking about “clean sheet” design. That was catnip for consultants.

By 1993 60% of Fortune 500 firms claimed they had either initiated BPR projects or had plans to do so. By 1994 a $50 billion consulting business had developed around it. By early 1995, however cracks were appearing. Reengineering projects were failing badly, often making situations worse. Reduced headcount had become the main corporate goal conducted under the banner of BPR. The three founders of the movement, James Champy, Michael Hammer and Thomas Davenport, all made public apologies, confessing that in their revolutionary fervour they had forgotten about people.

The Double Bind of Management Methodologies

The fate of BPR illustrates the double bind that the developers and peddlers of new approaches to management find themselves in. To ensure that a new approach has wide appeal they will be tempted to frame it as an efficiency tool, but if a methodology is used purely instrumentally it is unlikely to be effective. If, on the other hand, the creators emphasize the counter-cultural nature of the new approach it will be unlikely to achieve widespread use. One sees some proponents of both Agile and Design Thinking taking the first option, presenting them as linear, mechanical processes – an efficiency tool to do more work in less time, and a ‘roadmap’ for innovation.

The Cartesian mindset isn’t wrong: it works well in the natural sciences. In management it’s limited in its applicability. It works when applied to predictable, machine-like systems, situations where the same inputs always produce the same outputs and cause-and-effect relationships between independent and dependent variables are stable.

The Cartesian mindset doesn’t work, however, when it is applied to complex systems where parameters are unstable, agents are interdependent and cause-and-effect is non-linear. Starting new business ventures is also like that. No venture is the same and what works in one situation may not work in another.  Complex systems don’t yield to engineering-technical methodologies; they require an ecological-adaptive approach. Instead of thinking like engineers, entrepreneurs have to act like gardeners. They realize that nascent enterprises and emergent strategies have to be cultivated and grown not designed and built.  They have to understand the ecology of the situation, what might thrive and what might die. They have to select and plant, water and fertilize, train and prune. At other times they may have to break out the chainsaw to clear away the deadwood, uproot and transplant, make a bonfire of the debris and plant anew. As managers they realize that no two situations are ever the same; history matters, contexts matter and stories matter.

Expanding Mindsets; Doing, Knowing and Being

The Cartesian mindset is baked into Anglo-American management theory and practice. As a result it overused and misapplied.

How does one change one’s mindset? Of course the Cartesians have an answer – all it takes is a conscious choice, like an engineer selecting welded connections over riveted ones. But this ignores that fact that ‘mindset’ is a multi-layered concept. A mindset can be as shallow as the selection of an explicit model or as broad as a worldview and as deep as a philosophy of life.  At these deep levels a change in mindset demands a change in identity, an existential change in a way of being. Changes here take compelling experiences, not intellectual choices.

It Will Take a Social Movement Plus Much More

Expanding the Anglo-American management mindset will take a social movement plus much more. We are looking at a complete re-assessment of the theory and purpose of the corporation and its role as an organ of society. To make the situation even more difficult this reassessment of the role and purpose of the corporation will challenge the hegemony of the philosophy of scientific materialism and the scientific method as the only valid form of inquiry into the human condition. The universe may be made matter but we humans live in a world of significance, a world of ‘what matters’. Here history, context and narrative all matter. Once this is accepted the limits on the context-free, scientific method become clear and the importance of the liberal arts in general and the humanities in particular become recognized as valid forms of inquiry into the context-dependent human condition.

There Will Be Significant Opposition

As if all these requirements were not demanding enough, there will be significant opposition to this new, broader view of the human mind, the role and purpose of the corporation and the task of management. This opposition can be expected from both the management academy as well as mainstream management consultants, neither of whom have any interest in revising their view of management as an engineering and technical practice.

The only support for this model will come from management practitioners because it captures the reality of their experience, especially those in privately-owned companies and the not-for-profit sector. Managers in small and medium–sized companies can also be expected to be supporters. The management in large public companies may be more ambivalent. It is well established that successful organizations become more mechanical as they grow in size and exploit economies of scale. As such, the engineering-technical approach is more widely applicable to them than to any other class of business. The focus on quarterly reporting and short-term results argues against an ecological-adaptive approach that may take a long time to show results.

The core to this challenge is the Anglo-American management mindset with its macho ‘make-it-happen’ management identity. Gardening has a much more feminine feel; gardeners care, they nurture, they tend.  They are cooperative rather than competitive. It’s a subtle and indirect approach always embedded in a systems view and calling on multiple perspectives to ‘help it happen’. Certainly there are activist moments when gardeners must train and prune, uproot and cut down but these activities are always contained within the larger view.

But changes in identity are possible. In Team of Teams: New Rules of Engagement for a Complex World (2015), , General Stanley McChrystal explains how the confrontation with Al Quaeda in Iraq (AQI) posed a complex challenge rather than one of the complicated situations that his task force had been designed to handle. Their hierarchical structure and formal communication and approval processes were totally unsuitable for this encounter with an elusive, resilient enemy, whose organizational network morphed continually. McChrystal realized that he had to change the task force’s culture and ways of working into those of fast, flexible network that could match AQI’s for agility and speed of decision-making. The result was something he called ‘shared consciousness’.

What McChrystal’s account makes clear, like those of others who have been through similar experiences, is that it takes a compelling experience to expand the engineering mindset into an ecological one. Only when a situation’s demands are so pressing, unambiguous and anxiety-inducing can deeply embedded habits, one’s identity, one’s way of being, be changed. Only then can individuals truly set aside self-interest and collaborate with their peers in common cause. Where such experiences come from is as varied as the situations in which people find themselves. Mass conversions of this kind typically take place in the aftermath of some great event or crisis. But that’s what it’s going to take if agile and design thinking and other management innovations are not to become management fads and we are to develop a more sustainable approach to management and learn to lead like gardeners.

This is the immense new task of management, both in theory and in practice.