← The Ecology of Organizing: A Management Course for the 21st Century Don’t Mistake Outputs for Inputs: The Folly of Trying to Plant “Cut Flowers” →

The Ecology of Digital Transformation: Sense-Making in Silicon Valley 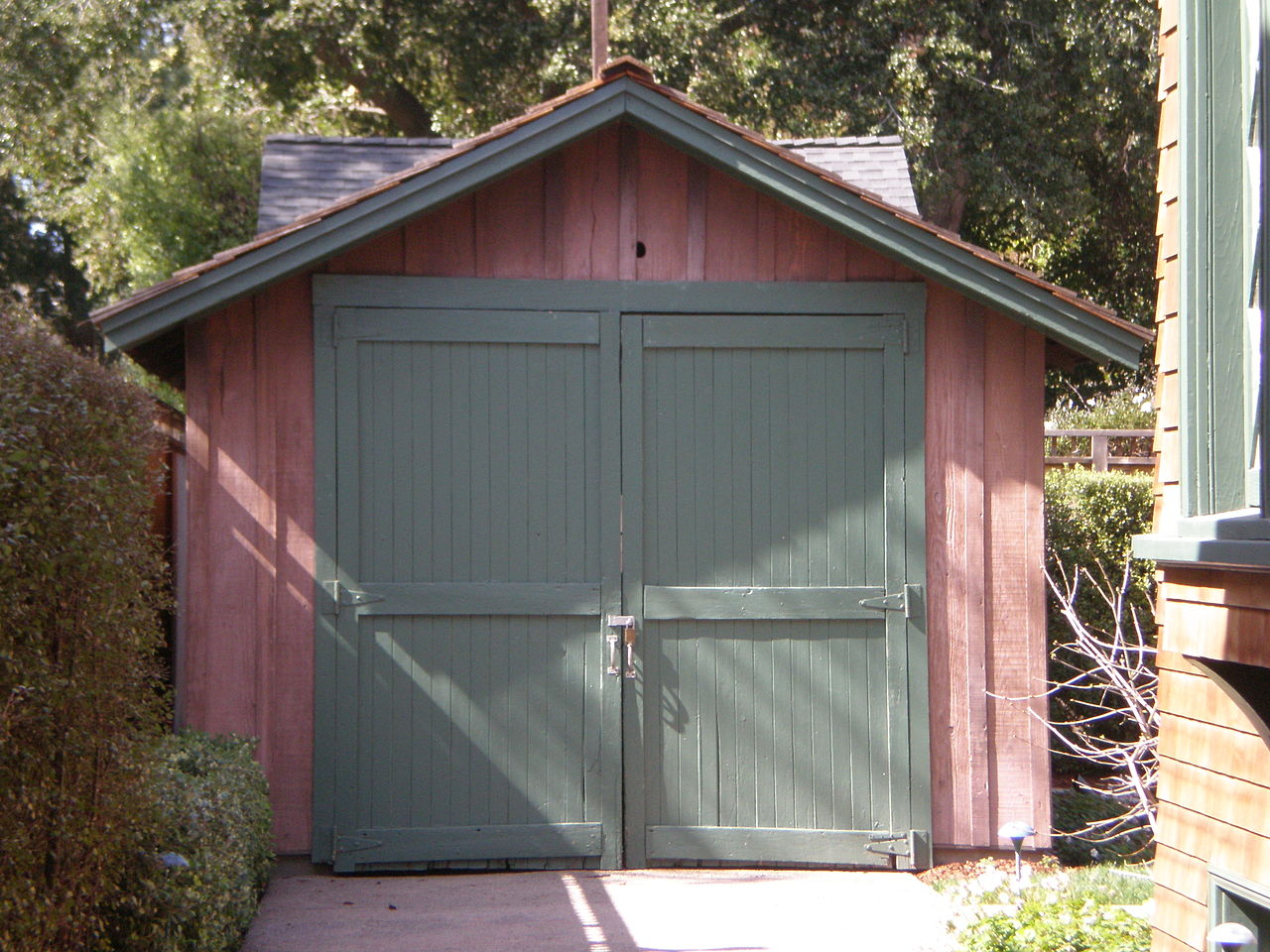 I have just returned from a week of “educating” in Palo Alto, where the third residency module of the 2022 De Groote EMBA Digital Transformation was taking place. Palo Alto is, of course, the epicentre of the great disruption known as “digital transformation”, the focus of this EMBA. The week consisted of formal “teaching” sessions combined with field trips to local enterprises and presentations from and meetings with local experts in a wide variety of topics.  For the excited EMBA candidates and the faculty it’s the highlight of the program. As one travels from the airport to Palo Alto itself, the highway is lined with buildings bearing the names of corporations that have featured so prominently in the revolution. Their names appear constantly on the business pages and they feature in business cases everywhere. As we turned into Page Mill Road on our way to the Stanford University Campus, I tried to remember why the name was so familiar. It was only when we passed the Hewlett-Packard head office that I realized that 1501 has been its long-time corporate address (since 1960!). Apparently inside the officially designated “Birthplace of Silicon Valley” the offices of the founders remain intact.

The Power of Context

Not only are Palo Alto and Stanford University the epicentre of the digital revolution, but California is also an example of the fire-dependent ecosystems on which my ecological sense-making framework is based. The Stanford Faculty Club, where the lectures are held is set in a lush garden. Through the twin double-doors, which were always open during our stay, one can see a pair of coastal redwoods (sequoia sempervirens) soaring above the garden canopy. They provide a wonderful “object lesson” for one of our strategy discussions that contrasts sequoias with banyans: 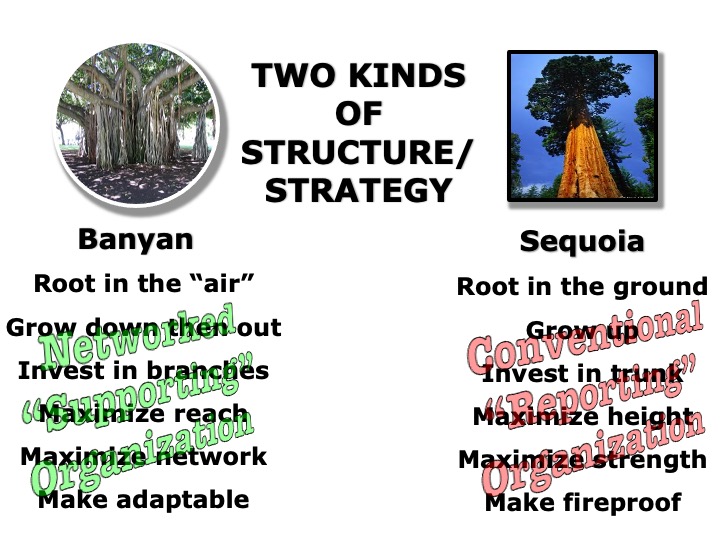 The strategy of sequoias is analogous to that of the giant enterprises of the industrial era that built large monolithic hierarchies, well-suited to pursuing the economies of scale, although often at the expense of quality. In the U.S. they flourished in the 20th Century until the 1980s when a new social technology – lean manufacturing – changed the trade-off between quantity and quality. Unlike the fire-resistant sequoias these giant industrial bureaucracies did not prove to be sempervirens – everlasting!

The strategy of the banyans, which is native to Pakistan and India (where it is the national tree), is analogous to that of network organizations like Google (Alphabet) and Facebook (Meta) that have been disrupting “legacy” organizations. The banyan is known colloquially as the “strangler fig”. Fruit-eating birds and bats spread its seeds far and wide, and they often fall on the branches and stems of other trees and buildings. Here, over time, they grow to “strangle” their hosts: 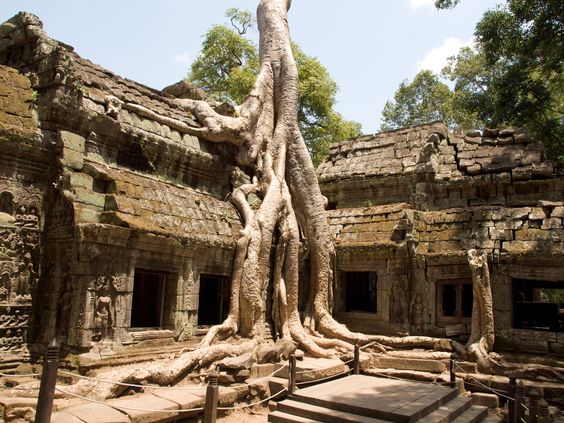 A Banyan Tree Growing on a Temple at Angor Wat (Pinterest)

Together with the sequoia, the banyan makes for a graphic metaphorical contrast between two fundamentally different ecological approaches to structure and strategy.

Earlier in this post I put “teaching” in quotes because several years ago I realized that I couldn’t teach experienced managers anything in the formal sense of the word. The best I could do was to help them make sense of their experience, to organize and make explicit what they already knew, but didn’t know that they knew.  It is knowledge gained on the far side of experience. This is “education” in the original meaning of the word to “lead forth”, to help the participants recognize the unique value of their experience and the gifts they bring to the world. As such, it is closer to the German concept of bildung and its association with the bildungsroman – a narrative of growth and development in which a person learns the ways of the world and comes to terms with the need for both self-fulfillment and the social roles they must play. Bildung is intrinsically valuable, a process of cultivation, a journey without beginning or end in which people are stretched to their limits to realize their potential.

There is no direct English equivalent of bildung, a reflection, perhaps, of how instrumentally rational the Anglo-American worldview has become, with its preoccupation with techniques and methodologies. In his book, Return to Reason, philosopher Stephen Toulmin argued that ever since the European Enlightenment the concept of reason has been gradually diminished to that of rationality. Reason implies reasonableness and common sense derived from experience. Rationality, on the other hand, has a more formal, logical flavour to it. Reason is situational and context-dependent; rationality is abstract and context-free. Reason’s relevant narratives are always in tension with rationality’s rigorous arguments. According to Toulmin what was the Age of Reason has become the Age of Rationality and we have hardly noticed that it has happened and what has been lost in the process.

The relationship between reason and rationality is clearer in the German distinction between Vernunft (reason) and Verstand (intellect). According to Goethe “Vernunft is concerned with what is becoming…(it) rejoices in whatever evolves; Verstand wants to hold everything still so that it can utilize it.” Here is the tension between change and continuity that so preoccupied Peter Drucker throughout his long career. There is an ethical connotation to Vernunft that is missing from Verstand; reason is concerned with right and wrong, while rationality focuses only on true and false. These differences are echoed in Drucker’s contention that management is always a moral practice, not just a technical one.

Because German thinkers made the separation between reason and rationality so clear, they were also concerned with the complex relationship between the two. Sometimes Vernunft was seen as superior, at other times Verstand was on top. Kant’s view was that the relationship was reciprocal: reason gave something to rationality and rationality unpacked it before handing it back for further processing. Reason contained rationality, giving it a foundation below and a regulatory roof over its head – a “home” in which it could dwell.  I suspect that Toulmin would argue that it is the loss of this dwelling that has resulted in a footloose rationality with imperial ambitions that has done so much damage to organizations, institutions and societies – not because it is “wrong” but because it incomplete and it has been misapplied.

Hannah Arendt contended that Verstand (intellect) was associated with the search for truth, while Vernunft was all about the quest for meaning and that humans need them both. My Ecology of Organizing course (titled formally as Organizational Behaviour for Decision-making) is all about the making of meaning. As such, it consists of a sense-making framework that uses analogical inquiry, rather than the analytical thinking that pervades MBA courses in general. The ecological framework, based on Canadian ecologist C.S. “Buzz” Holling’s work on the adaptive cycle and the multilevel panarchy frameworks, does not abstract organizations and people from time, space and scale, the key elements of context. Rather, it acts as a theory of context that an inquirer uses as a preliminary screen to help form their expectations, sensitize them to the relevant cues and suggest plausible goals and actions. The framework also acts as a storehouse of models that categorize and methodologies that prescribe, suggesting which ones might be useful and when. I hope that, like the banyan tree, the sense-making framework, while rooted in practice, supplies a philosophical roof over the head of intellect. This is what Goethe contended Vernunft gave to Verstand. It creates for managers a new sense-making narrative that embraces and contains instrumental rationality and keeps it and its related technologies, such as artificial intelligence, in their proper places as servants and not as masters.