← The 3 “Rs” of Management: Rigour, Relevance and Rationality “Ethical Capitalism – Worth a Try?” – Confusion at Davos about What “It” Is →

The “3Rs” of Management Part II: Rationality and Power 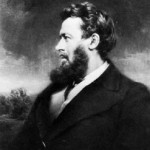 Walter Bagehot once wrote that “The whole history of civilization is strewn with creeds and institutions which were invaluable at first, and deadly afterwards”. Following on my blog from last week, I think that this is a fair description of what has happened to the creed that was used to reform the business schools in the 1950s. It was invaluable at first, shaking up a field that had probably not been challenged for some time and that was in need of renewal. The quantitative, instrumental focus on means – the “what” and the “how” – helped American industry focus on the challenges of managing growth and scale in the aftermath of World War II. Twenty-five years later, however, with the rise of investor capitalism and the shareholder value model, the creed started to become destructive and counter-productive.  Analysis began to trump synthesis as calculation triumphed over judgement and value-distribution took precedent over wealth-creation.  The “what” and the “how” began to take over from the “who” and the “why”. In addition the problems faced by the Western world were changing as the challenge of managing growth and scale moved to China, India and other countries in the East. The watchword in the West is now “innovation”.

Perhaps the central issue in making any organization innovative is that of power and its distribution. We understand the contexts that encourage creativity, innovation and entrepreneurship quite well. I call them contexts with “hunting dynamics” – small-scale, egalitarian, wide open communication that promotes trust, learning-by-doing (and hence the ability to make mistakes) and a so-called “fission-fusion” dynamic where the group is continually going out into a much wider network configuration to explore and search for opportunities and then coming together to meet face-to-face, build relationships and exploit those opportunities. This “hunting” dynamic, which requires all the strengths of the team to be mobilized, demands a rather flat distribution of power instead of the pyramidal one found in large-scale, hierarchical organizations. One of the factors that perpetuates this situation is that the assumptions of rationality make power in organizations very difficult to discuss. 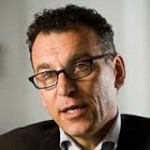 One of the most helpful writers on this topic is Bent Flyvbjerg, a Danish economic geographer and formerly a Professor of Planning at Aalborg University and now a Professor at Said Business School in Oxford. In Rationality and Power he suggested that in the Enlightenment tradition rationality is seen as well-defined, context-independent and constant over time and place. Instead, Flyvbjerg showed via an extended case study how rationality is context-dependent. The greater the power, the less the rationality or, as Nietzsche put it so pungently, “power makes stupid.”

From the perspective of a management practitioner then, the reason why power in organizations is so difficult to discuss is the normative assumption that people ought to be rational and that, if they are, that rationality should be context-free. In practice people are rarely rational in this way for the very good reason that evolution favoured fast, “good enough” decisions under pressure of time and conditions of uncertainty. The result is a rationality that is eco-logical and context-dependent, rather than logical and context-independent. Thus in every practical situation there is a context and in every context there is power. Machiavelli put it well, “a man who neglects what is actually done for what should be done learns the way of self-destruction.”

I think that this was what I learned as soon as I got into business and was exposed to what Flyvbjerg calls Realrationalitat, which is related to rationality in the same way that Realpolitik is related to politics. That is, it is rationality as practiced, not rationality as it is idealized. In practice rational frameworks are used to speak to narrow interests rather than to broad ones and, as Flyvbjerg argues, power blurs the line between rationality and rationalization. One sees this often in the case of acquisitions, especially as companies grow in size and the number of targets becomes smaller and subject to availability. When a sizable company then comes up for sale it is rare for the analysis to be conducted in a detached fashion and the temptation to change the assumptions in favour of doing the deal is often irresistible. One has only to think back to Hewlett-Packard‘s disastrous acquisition of the software company, Autonomy, under the leadership of Leo Apotheker to come up with a telling example. This dynamic probably accounts for why the majority of such deals fail and most of the value accrues to the vendors, not the buyers.

A Conspiracy of Silence?

Why don’t the promulgators of rational managerial frameworks, like the drug manufacturers, at least attach warning labels to their products of the possible side effects when their frameworks are introduced into contexts of power? Well the drug manufacturers only do it under pressure from the FDA and one of the most appealing features of rationality in theory is that it can be used as a cloak for power. In the old days of managerial capitalism domination was finessed away as “legitimate authority”. When this authority was undermined by the movement to shareholder capitalism and agency theory, the view of the corporation as a “nexus of contracts” was substituted. And as Rakesh Khurana explains, “…by framing the organizations as a nexus of contracts, agency theory conveniently dispenses with the issues of power, coercion and exploitation.” He goes on to quote Harold Leavitt as saying that with the advent of agency theory into the business schools the new MBA-type manager began to look more and more like a professional mercenary soldier; adept at applying powerful means and never questioning the ends to which they were employed.

Bertrand Russell once wrote that, “The fundamental concept in social science is Power, in the same sense that Energy is the fundamental concept in physics.” We need to recognize this in both the practice and theory of management. The bottom line for the study of management is that it must become rather less of an experimental science in search of context-free explanations and universal laws, where rationality rules, and rather more of an interpretive science in search of meaning, where history matters, narratives matter and context matters. That will take a reform movement of the same scale that took place in the late 1950s. If ecology is a guide it will begin somewhere out on the edge of the ecology of the management academy, not in the core. This means that it will probably start in either the UK or in Europe rather than in America although educational innovations in India and China cannot be counted out.