← Why Walmart is Like a Forest: Excerpt from The New Ecology of Leadership published in Strategy+Business Recipe for Ruin: Nothing Lasts Unless It Is Incessantly Renewed → 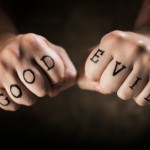 The questioning of Barclays Bank’s Bob Diamond by the U.K. Parliamentary Committee on the LIBOR rate fixing scandal a couple of weeks ago was riveting. The unflappable Diamond deflected the MPs queries with a practised ease despite mounting evidence of an informal industry-wide collusion, designed to suit the needs of traders and bankers, rather than the rest of us. The session highlight was when one frustrated MP asked Diamond whether he could recall the three bedrock principles of the Quakers who founded the bank in 1690. As the former Barclay’s boss sat stone-faced, the MP recited them – “Honesty, integrity, and plain-dealing. I could offer to tattoo them across on your knuckles if you prefer.”

The Quakers, or the Society of Friends, to give them their official name, got into banking via goldsmithing in the late 17th century. Their unmatched reputation for honesty meant that people could leave their valuables with them and know that they would be safe.  The Quakers began to issues scrip against their holdings of gold and paper money was born. Organizationally the Quakers were a network of “meetings” – egalitarian communities of trust and practice – that made no distinction between religion and business. Policed – and backed – by their meetings, few Quaker banks failed during the 18th Century. About 150 years after their founding, however, Quaker enterprises started to be plagued by the problems of success. The burgeoning scale of their businesses made it increasingly difficult to retain family control and a large bank failure could wipe out an entire community. Limited liability and the joint stock company started to supplant partnerships, with their unlimited exposure.

Both Bob Diamond and the Parliamentary Committee lamented the culture that had arisen between the bank’s traders and those who submitted the estimates that went into LIBOR. No money changed hands between traders and rate-setters – it seems to have been a “gift economy”, where favors done today are exchanged for those granted tomorrow. Such social dynamics are powerfully effective in communities of trust with virtuous ethics and profoundly dysfunctional (for society) in cultures of corruption. Culture eats rules, regulations, controls and compliance systems for breakfast!

What the Quaker experience demonstrates is a human ecological process, where living by values and integrity creates the conditions for worldly success and leads to the rise of large-scale organizations. The contexts and power dynamics of such organizations, however, then proceed to undermine the very values that led to their foundation.  The advantage of a social control in a virtuous community is that it is fine-grained and operates everywhere at all times. It is self-policing – people do the “right thing” because it is the right thing to do – even when nobody is looking. The disadvantage is that it is difficult, if not impossible, to scale such a system when organizations and societies become large and successful. That’s when regulation and the law need to take over. The legal system has just the opposite set of pros and cons – it is scalable to any size but is coarse-grained and clumsy – dishonest people will take advantage of others, either when “nobody is looking” or when retribution is slow or uncertain.

What is needed then is a wise, practical “both…and” approach, with communities of trust inculcating virtuous habits in small groups, but backed up by the law and regulation as institutions grow and prosper. Needed with this approach is a new “both…and” eco-logical perspective on human nature that recognizes the importance of context and emotion in decision-making. We must understand how good people can do bad things in corrupting contexts and, more importantly, how flawed humans can do the right thing in the right contexts. It would be nice (or perhaps not) if we could just “be good”, plain and simple but, as the findings from many fields now suggest, humans always were and always will be dual by default. We have the capacity for both good and ill. Thus we should be modest about the possibilities for our perfection. If we are indeed going to tattoo anything on our knuckles, then love and hate, good and evil, seem to fit them best.

This entry was posted in General and tagged Anglo-Saxon capitalism, banking, Barclays, Bob Diamond, community, complex systems, context, culture, ecological process, gift economy, integrity, LIBOR, management ethics, Quakers, rate-fixing, regulation, Society of Friends, values. Bookmark the permalink. ← Why Walmart is Like a Forest: Excerpt from The New Ecology of Leadership published in Strategy+Business Recipe for Ruin: Nothing Lasts Unless It Is Incessantly Renewed →