← Is “Shareholder Value” a Myth or a Tool for Corporate Euthanasia? From Machines to Plants: Wandering in The Gardens of Democracy → 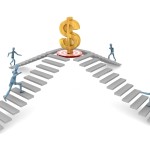 In Saturday’s New York Times, Joe Nocera wrote a column entitled “Down With Shareholder Value”. In it he traced briefly the rise of the concept and then suggested that we are at the “dawn of a new movement”, although it was unclear to him whether it will have any legs. At the same time he referred to a recent article by Justin Fox and Professor Jay W. Lorsch in the Harvard Business Review. They asked “What Good Are Shareholders?” and examined the shareholders’ role as providers of money, information and discipline. Established firms typically finance their investments from retained earnings or borrowings and, while young companies need shareholders’ support, the authors concluded that funding is provided less by shareholders than by the market as a whole, driven by the needs of fickle, short-term “renters” of the stock. The short-term focus of the stock market also ensures that it does not function very well as either a provider of information or discipline.

I wrote comments on both Nocera’s column and the Fox and Lorsch article. What follows is an amalgam of the two:

The Fox and Lorsch article is rather ahistorical and static and views the shareholder value question from outside the corporation. Shareholders are discussed in their role as suppliers of resources. A more historical, dynamic perspective, focused on what the application of the shareholder value model (SHV) does to people inside organizations yields quite different insights:

SHV came to prominence in the 1970s against the widespread perception that corporate managers had become complacent and had abused their positions under what was then called managerial capitalism. This perception was probably valid and it arose, in turn, from the world-shaking events that preceded it. Writer, Neil Sheehan, put it well in A Bright Shining Lie: John Paul Vann and America in Vietnam:

“By the second decade after World War II, the dominant characteristics of the senior leadership of the American armed forces had become professional arrogance, lack of imagination, and moral and intellectual insensitivity. . . . The attributes were symptoms of an institutional illness that might most appropriately be called the disease of victory, for it arose out of the victorious response to the challenge of Nazi Germany and imperial Japan. . . . The attitudes had spread as well to the greater part of the political, academic, and business leadership of the United States. World War II had been such a triumph of American resources, technology, and industrial and military genius, and the prosperity that the war and the postwar dominance abroad had brought had been so satisfying after the long hunger of the Depression, that American society had become a victim of its own achievement. The elite of America had become stupefied by too much money, too many material resources, too much power, and too much success.” (Sheehan 1988:285).

SHV proved to be an outstanding way of squeezing idle assets and searching out more efficient ways of operating in what was then the beginning of globalization. As such, it was the necessary companion to the progressive deindustrialization of the Western World that has taken place over the last forty years.

SHV Is Not a Universal Solvent

But SHV is not a universal solvent – it is a means, not an end in itself. It can release surplus, underutilized assets and spur greater efficiency, but at the same time it destroys employee engagement and commitment and saps their energy. In short, it is an instrument of destruction that blasts the roots of creativity and innovation. Its role is akin to that of fire in a lodge-pole pine forest: it cleans out deadwood, opens up access to sun and rain and recycles resources in digestible chunks.

As such, SHV must be used selectively and with judgment: it is a tool for a particular developmental stage and its role is to prepare the ground for renewal. A different set of conceptual frameworks will be needed for the much longer period required for new growth. Unfortunately the incentives in the American economy favor destruction over creation, especially the tax-deductibility of debt, no matter what its purpose, and the low rates of taxation on carried interest. When used wholesale and continuously (as it has been), SHV can be enormously damaging to organizations and society.

So what will the new conceptual framework look like that takes over from SHV? I believe that it must be an eco-logical framework that looks at organizations and people as members of complex adaptive ecological systems. Instead of context-free theories removed from space and time, we need a framework that recognizes the importance of context: context matters, history matters and narrative matters.

SHV is not going to surrender anytime soon. Together with the compensation based on stock options that has accompanied it, it has made many people wealthy and powerful and they will not give up without a struggle. The intellectual and political battles about what it will take to renew Anglo-Saxon capitalism still lie ahead.