Romney and Obama: Do Mormons Make Better Managers than Leaders?

We are into the last six weeks of the presidential election and the contrasts between Mitt Romney and Barack Obama throw light on the sometimes-controversial distinction between managers and leaders. In his 1977 article in the Harvard Business Review “Managers and Leaders: Are They Different?” HBS professor Abraham Zaleznick suggested that they were essentially two different types of personality. Managers got their “sense of self” from perpetuating and strengthening existing institutions, while leaders gained their identity from an ongoing struggle to “alter human and economic relationships”.  Turning to William James’ Varieties of Religious Experience, Zaleznick suggested that managers were “once-born” people whose adjustments to life had been relatively straightforward and in harmony with their environment. He proposed that leaders were “twice-born”, that they had struggled and felt separated from their environment. It is this feeling of alienation that spurred their drive for change.

Zaleznick’s description of the differences between managers and leaders is reminiscent of a recent contrast of perspectives on how individuals should live their lives. HBS professor Clayton Christensen’s 2010 view of the “Well-Planned Life” resonates with the managerial view. Christensen, a devout Mormon, treats the individual as if he or she was a corporation. He asks, “How will you measure your life?” Then, using a deliberate, rational process, he applies several of the models and theories that he has found useful in understanding organizations to the life of an individual. They should “create a strategy”, “allocate resources”, “create a culture” and then focus on the important over the urgent with persistence and rigid discipline. This is a classic “push” strategy. Christensen’s deep Mormon faith pervades the article and the central role that particular religion gives to human agency is the linchpin of the advice he offers.

New York Times columnist David Brooks’ response to Christensen’s view made precisely the opposite case. In his column “The Summoned Self” he argued that life is not a puzzle to be solved or a project to be completed, but a journey to be lived. Young people have far too little experience to know their life’s purpose; they have to discover it by embarking on a journey into a vast, unknowable landscape. If Christensen’s is a paint-by-numbers approach, this is a game of connect-the-dots. Those on a journey do this by emphasizing the context and asking questions: “What are my circumstances asking me to do? What is needed in this place? What is the most useful social role for me?” It’s all about inquiring “Who am I?” and “Why am I here?” to create the commitments that precede choices. For those who feel the “pull” of a summoned life, strategy is emergent, rather than planned.

David Brooks concluded his column by suggesting that the perspective of the summoned life is found more often outside the United States and that Christensen’s vision is more American. Certainly it is the management playbook according to Harvard Business School (Christensen has even suggested that if HBS were a religion it could be Mormonism) and it seems to match rather well with what we can gather of Mitt Romney’s approach. He was born in privileged circumstances and has lived an apparently linear life, with one step leading inevitably to another. He comes across as the quintessential manager; factual, forensic and slightly frosty, with a transactional approach to business and politics. This is what struck me most in his speech to wealthy donors in which he argued that the 47% of Americans who “don’t pay taxes” would not be susceptible to his proposal to lower taxes. The assumption was that the relationship between a presidential candidate and the voters was a transactional one of exchange – if I do this for you, you will vote for me. There was no notion of commitment to a higher cause that might require sacrifice for a shared purpose. Although he is undoubtedly a pious Mormon, Romney’s religion seems as siloed and compartmentalized as any organizational function. As a result he comes across as man without empathy for others – a man who doesn’t care. In short, he is a man who truly has lived his life as if he were a (very successful) corporation… 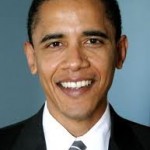 Barack Obama, on the other hand, illustrates a summoned life.  An unsettled early life, living in several different cultures without the presence of a father, must have created a profound sense of being different. It is surely the resulting struggles and the variety of experiences and encounters with people of different races and social class that must have led to his ability to relate to the situations of others. First he was a community organizer, then a lawyer, then a civil rights attorney and then an academic before becoming a politician. This is a non-linear life, it is a winding journey, not a ride on the up-escalator. His vehicle for connecting means and ends is a compelling narrative, not a strategic plan.  His life-strategy becomes clear only in retrospect – it emerges. In 2008 the contrast between Obama and his predecessor, the managerial George W. Bush (also a Harvard MBA – but not a Mormon!), could not have been starker. His election then and the rapturous reception he received from many voters reflected the human need to feel a relationship with their leaders.

Obama’s story has become rather less compelling since 2008 and his message of “hope and change” has been badly smudged. This was reflected in the rather tepid speech he delivered to the Democratic National Convention. For those who believe human agency to be paramount, this will be attributed to personal failure. For those with a more complex view it raises troubling questions about whether the American political system in particular and perhaps democracies in general can take difficult, unpopular decisions outside of national emergencies. Yet, despite everything, Obama is still seen as much more likeable than Romney and he leads him in the polls by small margins in some key states.

With Romney seemingly unable to appeal emotionally to the voters, some conservatives have advised him not even to try. Instead, they suggest, he should make his pitch as an extremely competent manager; “What you see is what you get. I have spent my life making organizations more efficient and I will fix government. I will reduce its footprint and make what remains more effective. This is how I will do it….” Even given the queasy economic recovery, however, one wonders whether this message of technical competence will work. Perhaps America does need a turnaround, but I as a voter would find it a rather depressing message. It would make me wonder whether management techniques, honed in the private sector, are really transferable to the morass that is Washington. The next six weeks will be fascinating to all students of politics and human nature.

One Response to Romney and Obama: Do Mormons Make Better Managers than Leaders?