← New Year Resolutions: “What Do I Do Differently on Monday Morning?” False Wizards Part II: A Plague of Paradigms →

False Wizards: Why I Don’t Believe in Management Gurus 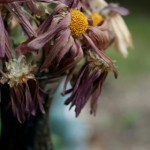 The late historian, Daniel Boorstin, once said, “Trying to plan for the future without a sense of the past is like trying to plant cut flowers.” That is, planners and managers (politicians too) should not try to replicate desirable organizational outcomes without an understanding of the complex processes of growth and development involved in their creation. In management (and politics), unfortunately, very few follow this advice. The result is the widespread “planting of cut flowers”, using what long-time Harvard Business School professor Fritz Roethlisberger called “verbal wands”.  With the wave of a few words, management “wizards” expect authoritarian organizations to be changed into egalitarian ones, rigid hierarchies to become agile, “command-and-control” to be replaced by “cooperate-and-collaborate” and so on. The American attempt to create democracies in the Middle East with legislation and electoral mechanics, without paying attention to the complex dynamics of the societies involved, is a prime example of this fatal conceit.

Today the use of these “verbal wands” is widespread in the blogosphere as management gurus, both incumbent and aspirant, race to come up with “the new paradigm” that will replace the “old” one. The previous paradigm is variously characterized as “linear” and “mechanistic” and we are told that the new paradigm requires new principles to replace the old, outdated ones. Here’s a typical call to arms from the well-known management writer and former Senior Editor at Fast Company, Polly Labarre:

“(S)o much is broken when it comes to how most companies are managed, organizations are structured, and work is designed. “Modern” management was developed by a bunch of long-dead big thinkers who were solving for a very different set of challenges than we face today: maximizing control, conformance, discipline, reliability, and predictability. Those are important organizational virtues, but they’re not what creates real value today.

If we want organizations that are resilient enough to change as fast as the world is changing, inventive enough to imagine a whole new way to create value, inspiring enough to invite and unleash the best gifts of employees (and other stakeholders), and mindful enough to find a way to win without others (the community, the planet) having to lose–we can’t just scrounge around for best practices. We have to cast off the ruling (and stifling) ideology of control, power, and growth-at-all-costs for a new ideology–a new set of principles for a new age.”

La Barre goes on to list a dozen “principles” that include “community”, “meaning”, “serendipity” and “trust”.

Now there is a lot to applaud in La Barre’s statement of the challenge and it’s difficult to argue with the intended goals. My complaint is that the understanding of how to achieve them, the grasp on cause-and-effect, is weak and sometimes just plain wrong. For example, modern management was not “invented by a bunch of long-dead big thinkers.” Management is a practice and it was developed by practitioners through an entrepreneurial process of trial-and-error to address the challenges they faced. In America during the first seventy years of the 20th Century, the predominant challenge faced by the larger firms was managing massive growth in scale. The “long-dead big thinkers” came on the scene much later to make sense of what the pioneering practitioners had done. The thinkers were a mix of reflective practitioners and management academics who set about trying to distil the “secrets” of these apparently successful big companies. The resulting “principles” were then incorporated into MBA courses by academics and peddled by consultants to any organization who wanted to have the same results, but without going through the long process of learning and development.

The results of this process have been decidedly mixed, to say the least. Managers complain that they either cannot understand the advice they are being given or, if they can, it doesn’t work. Academics have been accused of pursuing rigor at the expense of relevance and their MBA products have been widely seen as lacking practical wisdom, not to mention ethics. The advice of consultants has similarly been widely criticized, with many people puzzled, as one professor put it, “How can so many who know so little make so much by telling other people how to do the jobs they are paid to know how to do?”

At the root of the problem is the privilege accorded to thinking over acting, with management seen as essentially an exercise in logic and the application of principles. Precisely how one “puts principles into action” is never made clear.  It’s a mean-spirited thought, but often one suspects that they may be code words for “Hire Me!”

In their eagerness to emphasize the need for change and the radical nature of their new thinking, many gurus present their audience with stark “from…to” choices. They have to move from the industrial age to the knowledge era, from hierarchy to agility, from control freaks to servant-leaders, and so on. These injunctions are accompanied by examples of firms that are allegedly using the new principles, contrasted with the corporate dodos that aren’t. Apple is currently the hot exemplar and its stellar performance is juxtaposed with that of the lackluster Microsoft; Juniper Networks is compared favourably with Cisco. Firms like Amazon, Costco, Salesforce, Whole Foods and Zara are also popular choices for praise. Issues with the firms’ business models or questions about their sustainability are glossed over.

Now don’t get me wrong, these are interesting companies and worthy of study, but from an ecological perspective their selection look like cherry-picking. They are organizations that are in the prime of their corporate lives and they are growing strongly. What is more, their ways of working emerged organically – there is no evidence that they decided to adopt the “new” management principles and then implemented them. The management principles were extracted – abstracted – from their practices by the new “big thinkers”. The practices came first, then the principles.

And then there is the problem of one’s memory. Not so long ago the gurus hailed Microsoft as an exemplar of all that was right. Ditto for Cisco. What happened to them? There is no compelling explanation from the gurus, other than that they “lost it” or became “complacent” or, best of all,  “forgot the principles”.  How does that happen?

The ecological perspective allows one to realize that the unilateral “from…to” rhetoric is far too linear and static. We are dealing with tensions and dilemmas, with firms going through phases in which first one side of the tension is stronger, then the other. These tensions never go away and dealing with them is a challenge for every practitioner. In The New Ecology of Leadership I call the place where this happens the “Sweet Zone”.

This is the nub of my problem with the new management gurus. Despite all the rhetoric about action, they still privilege thinking over action, principles over practice, just like the last generation of gurus. This conceals the fact that they actually have very little understanding of cause-and-effect in complex systems and the dynamics of how organizations actually change. The stress on thinking allows them to ignore the pervasive role of power in organizations and the problem of trust. It allows them to gloss over the importance of context and how, when it comes to change, every organization is unique. In management most so-called principles are actually desirable outcomes. Such goals can be helpful, but every organization will have to go through its own-guided process of trial and error to realize them.

Anything else is just planting cut flowers.

3 Responses to False Wizards: Why I Don’t Believe in Management Gurus