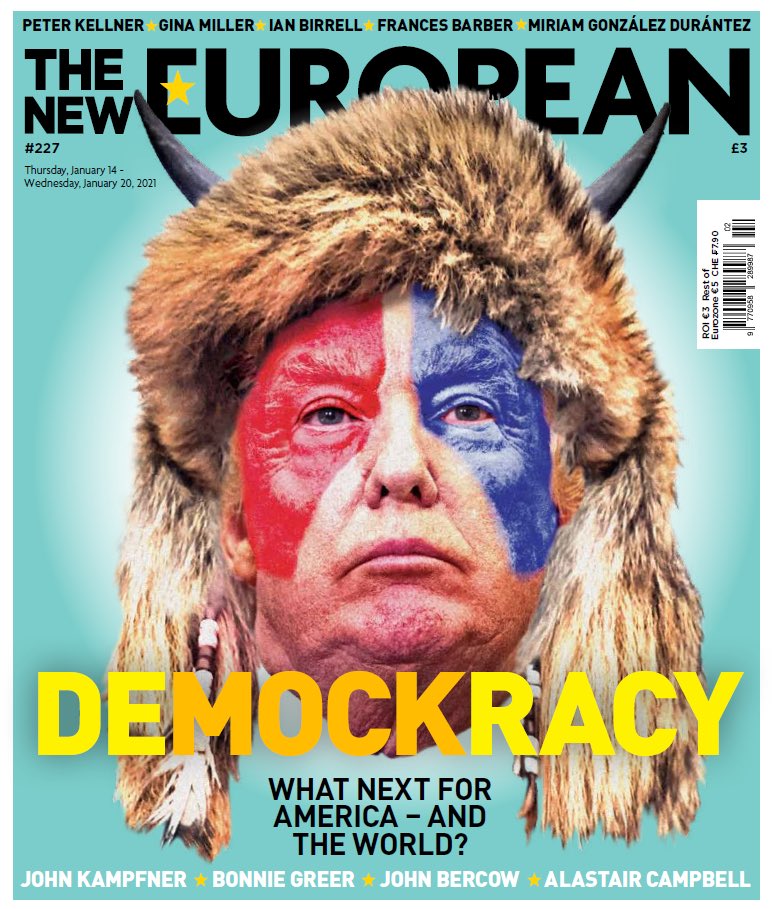 Back in November 2016 I wrote a blog in the immediate aftermath of Donald Trump’s election. As a Canadian I thought the Americans had had an awful choice to make but was just as surprised as many others were, when the man I wanted to lose beat the woman I wanted to lose.

An ecological lens suggests that it’s helpful to look at abstract systems like democracy and capitalism as dynamic ecological processes, rather than as static structures. That is, both capitalism and democracy are configurations of complex adaptive social, economic and political systems that have their own internal dynamics, analogous to those of complex adaptive ecologies, like forests and estuaries.

From this perspective successful social enterprises, both political and commercial are conceived in passion, born in communities of trust, grow through the application of reason and mature in power. Here they tend to get stuck in systemic traps, structures and routines that conserve their habits and protect their success but render them inward-looking and insensitive to the small-scale changes that presage trouble.  In economic organizations the result is decline and possibly disruption by smaller, faster enterprises wielding new technology. In political bodies the result is gridlock which, if it persists, can lead to political disruption and insurrection.

In their two perceptive books, The Broken Branch (2009) and It’s Even Worse Than It Looks (2011), political scientists, Thomas Mann and Norman Orenstein gave us a broad overview of how the gridlock emerged in the American Congress. Most importantly, they outlined the changes that led to the polarization of its members and the emergence of a quasi-parliamentary system, built upon opposition, in a constitutional republic where the separation of powers demands negotiation and compromise to get anything done.

For a more systemic view of how both Democrats and Republicans have unwittingly contrived to build the trap that ensnared them, one can to turn to Lawrence Lessig’s 2011 book, Republic, Lost: How Money Corrupts Congress – and a Plan to Stop It. He showed how an economy of influence emerged in Washington and bred what he calls dependency corruption. This is not straightforward votes-for-dollars bribery; that’s illegal and happens only rarely. It’s a far more deceptive process. The ‘cheese’ in the trap is the money that members of Congress need to run for office. With campaigning almost a nonstop activity (especially since the mid-1990s), so is the need to raise funds. This is a huge distraction from the business of government in its own right. The obvious source of funds is from those who have an interest in legislation, which means that Congress has to be concerned with issues that attract factional interests rather than the broader public interest. As a result Congress’ agenda consists of topics suitable for fund-raising and its members have little interest in simplifying regulations or tax codes: complexity enables them to raise funds from interested parties. Thus the concerns of Congress steadily diverge from the concerns of the population at large. In the medium-term participation in the political process may drop but the resentment keeps on building…

The Power of Narrative

Narrative is central to our identities at all levels of a society. The nation itself is made up of the stories people tell about it and each other. When there are a few, widely-shared stories of struggle and achievement, a nation feels strong and coherent. America after WWII was like that. The nation had emerged from the depths of the Depression to become the arsenal of democracy and had saved Western civilization. In the aftermath of the war America was the only large industrial country with its infrastructure intact. The economy boomed as soldiers returned to start families, poor Southern farmers migrated to rich Northern cities and American generosity rebuilt a shattered Europe and Japan. After the dark years of struggle during the Depression the American Dream seemed to be thriving.

But in complex adaptive systems nothing lasts indefinitely. Strengths become weaknesses and America’s post-war prosperity gave its industries little incentive to update their technology and business practices: the defeated nations had no option. The post-war American advantage survived only about twenty years before the other industrial countries caught up, rebuilding their economies with new, more efficient technologies. The seeds of globalization began to sprout and domestic jobs started to leave, starting with low-tech industries, like textiles and furniture and migrating toward TVs and cell phones. New technology led to a drastic reduction of labor across the board, especially for those without a college degree or technical qualification. People’s stories began to change as their experiences diverged and tales of struggle and misery proliferated. Wages stagnated as much of the middle-class was reduced to poverty. For many the American Dream died.

As its narratives break down and fragment so does society. We may work for money, but we live for story. When both collapse people become desperate. Few have captured this process more compellingly than Pulitzer prize-winning playwright, Lyn Nottage. In her prescient 2015 play, Sweat, she chronicles how Reading, Pennsylvania, once a prosperous industrial town was reduced to poverty and how its people lost their livelihoods and their shared narrative.

We know from history that in desperate times, when people feel failed by their institutions and betrayed by their politicians, they will often turn to political outsiders, fringe radicals who promise to restore the nation to its former glory by upending the existing order. We know too that at these critical times, when the way ahead is so uncertain, a leader’s values will be crucial to the taking of effective action. Unfortunately there is no guarantee that those who emerge to lead have the right ones. True values do not become visible in prepared speeches, but only in behaviour under pressure. In 2016, instead of getting a Nelson Mandela, America got Donald Trump, a man whose amorality and narcissism made him manifestly unsuited for office. But Trump promised to “Make American Great Again” and to restore an era of growth and prosperity last seen in the 1950s and 1960s. Beguiled by the click-baited traps of social media, too many in the Republican Party made a conscious decision to hold their noses and go along with the choice. Indeed the most depressing feature of the last four years has been how many affluent Americans, politicians, pundits and citizens alike, have eagerly embraced a Faustian bargain and sold their souls for power. Now midnight is here and the Devil has come to collect their souls and that of the Republican Party.

In Part II of this blog I will outline the theories behind what is happening and in Part III discuss what they suggest can and should be done.