← Bad Apples or Bad Barrels? An ecological perspective on ethics in management Measuring Buzz: Hunting Dynamics in the 21st Century → 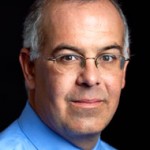 New York Times columnist David Brooks is an alumnus of the University of Chicago. Famously he got his big break when he wrote a satirical parody of William F. Buckley’s memoir, Overdrive, just as the conservative pundit was coming to campus to deliver a speech. On the strength of the parody, Buckley paused mid-lecture to offer Brooks a job at the National Review, an offer that Brooks took up a few years later. With unlimited access to the most influential conservative intellectual of his era, the internship proved to be a springboard for Brooks to move through a series of challenging journalistic assignments, culminating in his appointment to the Times.

I enjoy Brooks’ columns and like the way he struggles to reconcile opposing concepts and ideologies without either compromising or settling for one side over the other. He is not always successful, but one senses that he is genuinely trying to be intellectually honest, not just taking easy options. So when, just over a year ago, the University of Chicago Magazine ran a David Brooks parody contest, I felt I just had to enter. Who knew? If I won it might just be the big break for The New Ecology of Leadership, which contends that managing an organization is all about integrating opposites in creative ways. Well none of my entries won, but I enjoyed writing each one of them in the style of Brooks. The limit was 500 words and here is one of my entries:

America is in political gridlock. Everyone knows more or less what has to be done; nobody knows how. We are, as poet Matthew Arnold put it, “wandering between two worlds, one dead, the other powerless to be born.” Many say it’s because we have lost our political will. Why?

Let’s assume the problem is systemic. Stay with me on this one. If it’s systemic, say the fans of ‘lean’, the methodology of the famous Toyota Production System, you have to ask the question “Why?” at least five times to get to the root causes. OK…Why have we lost our political will?

A second level answer is that it’s not about political will. Our constitution, with its checks and balances intended to curb unilateral power, is designed for gridlock. It’s just doing what it always did. OK, but the implication is that we need to change the constitution and if we think things are difficult now…. When you find yourself going round in circles, you have to go deeper. The constitution wasn’t always dysfunctional; it worked fine for two centuries. Why is it not working now?

A third level answer is that the constitution may be OK, but we lack consensus; politicians are pursuing their own interests and some are corrupt. We’ve elected scalawags and we need boy scouts; it’s a variation on the bad apples theory of everything wrong. The problem is that we have already tried that and it hasn’t worked. We need to go deeper into the barrel. Why can’t we reach consensus anymore?

A fourth level answer is that we no longer share the same narratives, the meaningful stories that make sense of our experiences and create our identity, what philosopher Daniel Dennett calls a narrative center of gravity. That’s a real problem for a nation, where allegiance is based on creed and deed rather than on language, community or ethnicity. It’s rather difficult to become un-English but, as political scientist Seymour Martin Lipset pointed out, you can become un-American. So…Why have our narratives and our identities become fragmented?

A fifth level answer is that our identities are fragmented because our experiences are fragmented. This is starting to make sense; you know it when you are reminded of analogies and begin to remember our past. What distinguished the so-called Greatest Generation, the cohort of Americans that went through World War II together, was that they had a huge shared experience.

It produced a powerful collective narrative in which a peaceful nation was treacherously attacked and roused to righteous anger. Good vanquished evil. It’s a story with what screenwriter Robert McKee calls “big-muscle movements” – desire, antagonism, spine, progression, crisis. If, as he says, desire is the lifeblood of every story, then trouble is its nervous system.

We’re almost there…How, without having another world war or requiring congressional action, do we create today such powerful, shared experiences for all citizens? How do we act our way into a better way of thinking?

How do we become American again?