← Oppressive Bureaucracies Are a Symptom Not a Cause: Part I The Ecology of Innovation →

Can Management Advance in This Way? A Question from the Global Drucker Forum 2014 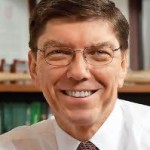 The 6th Global Drucker Forum ended on November 14 with a series of comments and calls to action from the major speakers involved. The last of these was HBS professor Clay Christensen, who called for more cooperation and harmonizing of language among management experts. He illustrated the kind of cooperation he was talking about with a story about Florida governor Jeb Bush and how he had shared slides from a presentation on the topic of child-centred education and the reform of the American education system. Forbes columnist Steve Denning quoted Christensen’s story in full and suggested that this is the way the management field should be headed.

I responded to his column and here is an expanded version of my comments:

“Perhaps Jeb Bush should have started closer to home with his brother, George W. who, with the No Child Left Behind legislation, embraced an evidence-based learning model. This required regular, standardized testing with teachers’ performance assessments based on the results. Many educationists see it as the antithesis of child-centered learning. The battle between the two continues to this day.

Christensen’s advice, “to share each other’s slides” works only within a shared interpretive framework (philosophy, worldview). It doesn’t work when there are two or more incommensurable frameworks. That was the gorilla in the room at this year’s Drucker Forum; the conference was dominated by the Anglo-Saxon management canon, particularly as it applies to public companies. One of the key components of that canon is the separation of means from ends and an instrumental focus on “what works”. Philosophy matters, but in such an environment it is undiscussable.

Why is this so? A major obstacle is that many American management academics believe that the advance of science and the development of the scientific method have eliminated the need for philosophy. For them it’s a material world, made of matter and the only true knowledge is scientific knowledge. Disagreements are “just semantics” and, if we could only get our language standardized, all would be well. This is a positivist philosophy in which the facts “speak for themselves” and the manager is seen as a clear-eyed, rational actor in a knowable world. Positivists are not interested in using any slides that suggest this is not the case.” (End of my comment in Forbes)

There is a completely different (largely European) philosophical tradition that contends that we have evolved to create worlds of significance, made not of matter but of “what matters”. Facts don’t speak for themselves – they have to be selected and interpreted and that brings identity, values, purpose and power into the picture. Conceptually management academics have to take on board Herbert Simon’s concept of bounded rationality, radical (Knightian) uncertainty and the emerging evidence that we are not rational in a logical sense but in an eco-logical way. Contexts matter, history matters, stories matter. And there are good reasons why they do.

This is a pragmatic philosophy of “both…and” that recognizes managers sometimes need data and calculation, at other times they need judgement and experience and they always need power (but of different kinds). Everything depends on the type of uncertainty that their organizations are facing; and to know that takes judgement. Thus professional judgement (and the values it entails) are central to management. Managers are only occasionally detached, objective observers; they are mostly passionate, immersed participants. But it’s “both…and”, not “either/or”: knowing when to “use the other guys’ slides” and when not to. Only when we can embrace and articulate this post-rational, post-positivist view of management will we be able to make real progress.

This entry was posted in Change, General and tagged Christensen, Drucker Forum, Frank Knight, Herbert Simon, Jeb Bush, management, philosophy, positivism, post-rational, Steve Denning, uncertainty. Bookmark the permalink. ← Oppressive Bureaucracies Are a Symptom Not a Cause: Part I The Ecology of Innovation →