← Every Manager a “Janus”: Ambidexterity and the Ecological Perspective Why Isn’t ‘Servant Leadership’ More Prevalent? →

Words are Easy, Numbers can be Faked, Behaviour is Difficult: The Case for Embodied Management 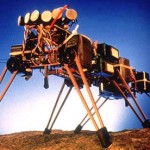 When I wrote Learning from the Links back in 2002 I was trying to make the case that management, like golf, was a practice and attempts to make progress in either activity should follow similar paths. I was particularly inspired by the work of MIT professor of robotics Rodney Brooks, who was building robots using a revolutionary “bottom-up” approach. This was in sharp contrast to the “top-down” approach of what he called Good Old Fashioned Artificial Intelligence (GOFAI). GOFAI was based on the assumption that the brain was the seat of intelligence and thought and that it used symbols to build a representation of an external “reality”. According to this view, the brain senses what is going on in the outside world, converts the input into symbols, which it then manipulates before sending out instructions on what the “body” should do. Unfortunately the resulting programs were unable to do the kinds of things that infants and toddlers do easily like recognize a face, manipulate blocks and learn to walk.

Instead of starting with a brain, Brooks started with a body with sensors and actuators, building a machine that was capable of sensing the position of its legs and the conditions of the local environment. Here is a description of the six-legged robot called Genghis walking:

“Genghis had six legs but no “brain” at all…Each of Genghis’s six legs worked on its own, independent of the others…Walking for Genghis then became a group project with at least six small minds at work. Other small semiminds coordinated communication between the legs…walking emerged out of the collective behavior of twelve motors. Two motors at each leg lift, or not, depending on what the other legs around them are doing. If they activate in the right sequence – Okay, hup! One, three, six, two, four! – walking “happens.”

There is no “brain” reading input, making decisions and then sending output to the legs to implement the decision. Once the activity is initiated and the process started, the behavior we call “walking” emerges.

The philosophy that underpins GOFAI is sometimes called “mind-body dualism” and it is deeply embedded in Western culture. Philosopher Mark Johnson suggests that this is so for three reasons:

Mind-body dualism has also underpinned the first generation of the cognitive sciences, the interdisciplinary study of the mind and its processes. But now that seems to be changing, mainly under the influence of discoveries from neuroscience but assisted by work like Brooks’ in AI, and findings from evolutionary psychology and anthropology. Philosophically the change has been described as a “pragmatic turn” as philosophers turn again to the ideas of the American pragmatists Charles Sanders Peirce, John Dewey and William James. Dewey always spoke of “body-mind”, never of body and mind. Pragmatists see the “mind” as an emergent process, never separated from the body; from this perspective “thinking” is a form of action.

Ever since the late 1950s, when the study of business in America was reformed to be made more “scientific”, its technical, instrumental rationality – the focus on means, almost to the exclusion of ends – has been founded on a mind-body dualism. The “head” (senior management) gathers information from the environment, calculates and formulates, and then tells the “body” (the organization) what to do. Back in those days the mind was seen as a blank slate, a piece of hardware to be instructed by software, just like first generation GOFAI.

So the big question is: will the study of management also take the “pragmatic turn” and embrace the idea of embodied cognition?  To the extent that our changing understanding of the human mind is important, then it ought to.  But the implications for practice might put many off. “Embodied management” would mean that behavior is regarded as much more important than words and numbers, which are easily faked. It would suggest, for example, that the current  move toward integrated reporting is skating over the top of the real issues in corporations – looking for more words and numbers, when what it really needs is evidence of effective behavior. It would mean that the only effective strategies would be ones that were embodied, rather than just articulated, where the people in organizations actually acted as though they believed in their organizations’ purposes. It would mean that the only effective leadership would be embodied leadership, where leaders actually practiced what they preached and were authentic and engaged. As far as the business schools are concerned, it would imply a change from context-free teaching in siloed disciplines to experiential learning in situations requiring integrated thinking. The very definition of “thinking” would change from that of a conscious, rational activity to a kind of action in all the different ways that we can experience the world.

Describing What Managers Do

I think that the best, most effective practitioners in management have always practiced “embodied management” but have been hampered in their ability to described what they do. The assumptions of mind-body dualism have forced them to rationalize their practices in the form of tools and techniques, which have then been carried to the rest of the managerial world by eager consultants as “principles” and “rules”, “practices” and “precepts” to be “implemented”. Herein lies the hint of a powerful reason why management might not take the pragmatic turn – the power of the status quo. As I have mentioned before, the philosophy of mind-body dualism and the elevation of rationality above all else make the role and use of power in organizations virtually undiscussable. It privileges senior executives, management academics and consultants as detached observers and allows them to define reality in the guise of describing it. There are never any “fingerprints” – things are just the way they are; usually attributed to the working of free markets that are assumed to always tend toward equilibrium. John Dewey understood this process very well when he wrote in Human Nature and Conduct:

“Those who wish a monopoly of social power find desirable the separation of habit and thought, action and soul, so characteristic of history. For the dualism enables them to do the thinking and planning, while others remain the docile, even if awkward, instruments of execution.”

When it comes to senior executives in commercial organizations, Upton Sinclair’s caution is also in order, “It is difficult to get a man to understand something, when his salary depends upon his not understanding it!” From an embodied management perspective, it is likely that current levels of executive compensation in America are not the workings of efficient markets but the result of a spiral trap, a steadily inflating bubble, sustained by the current power structures in organizations and institutions. Servants and beneficiaries of that power have little incentive to change…