← Brexit: Crisis and Opportunity for Britain and the EU – a Systems Perspective Renewing the American Republic: The Ecodynamics of Donald Trump Part II → 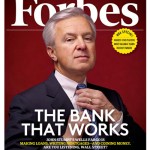 Happier Times – John Stumpf, CEO of Wells Fargo on the cover of Forbes in 2012

Over the decades organizational culture has devoured hundreds, if not thousands of strategies. One of the most recent examples is the case of Wells Fargo, where culture not only ate a long-standing, apparently successful strategy but last week also consumed its CEO, John Stumpf, who resigned under enormous pressure. The headline story in the business section of news in the past few weeks has been that over the past five years the bank has fired 5,300 employees (10% of whom are branch managers or higher) for opening new accounts without the customer’s permission. Apparently this was the unintended consequence of an aggressive strategy focused on cross-selling: if a customer has a checking account why not sell them a car loan together with credit card, mortgage and wealth management services? With the profit margin on straight lending squeezed by low interest rates, cross-selling has become the modern mantra for bankers and even used to justify mergers and acquisitions for the cross-selling opportunities they present. Objectives and targets for cross-selling were embedded into Wells Fargo’s performance management system and ridden herd on by layers of hard-driving executives. At the top was Carrie Tolstedt, Senior Executive Vice President of Community Banking, known to some within the bank as ‘the watchmaker’ for her obsessive concern with detail. An investor briefing on the business reveals a mechanistic model of the economics of retail banking with the profitability of cross-selling on clear display: customers with eight accounts with Wells Fargo are five times as profitable as those with only three (the industry average). The so-called “Gr-eight initiative” was the bank’s internal goal of selling at least eight different financial products to each customer.

Preoccupation With Results At All Costs

One gets a glimpse of the impact of this monomaniacal focus on transactions and performance on the employees from the many complaints of highly unrealistic sales targets and relentless pressure to sell customers multiple services. The stories of meetings held several times a day in some branches to check on employees progress against quotas suggests a cut-throat, pressure cooker environment in which bosses turned a blind eye to infractions of the Wells Fargo ethical code. In desperation employees turned to their families and friends, opening accounts in their names just so they could meet their sales quotas. Apparently their managers encouraged this move, together with solicitations at bus stops and visits to retirement homes! One can see how the resulting “ink-blot” approach might spread from the core to the edge and get out of hand. Of course Wells Fargo had an ethics hotline that employees could call but there are stories of messages being ignored and of those who emailed HR (and even Stumpf himself) to complain being disciplined for a variety of reasons.

Stumpf’s defense of cross-selling before two congressional hearing was generally regarded as lackluster. He refused to apologize, defended ‘the’ Wells Fargo culture and blamed his employees for the lapses from the corporation’s ethical code. This was despite that fact that the trouble was clearly systemic, not just the result of the actions of a few rogue employees. The problems had been rumoured since 2008 and senior management had been aware of them since 2013. Perhaps the most telling comment during his testimony was when Stumpf interrupted a detailed exchange to say, “I care about outcomes, not process.” Jack Welch, former CEO of GE has argued that monitoring how results are produced is precisely the role of senior management to make sure that the values of the organization are not being violated in the push for results. 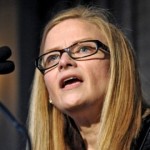 Fortunately, and better late than never, the Wells Fargo Board woke up to its responsibilities. Carrie Toldstedt was ‘retired’ and docked $9 million in performance bonuses. Stumpf forfeited $41 million in incentives and announced his retirement (without severance pay) the next week. He was succeeded by an insider, President and Chief Operating Officer, Timothy J. Sloan who, some commentators say, is too close to the existing management culture to be able to make the changes required, even though the roles of CEO and Chairman of the Board have now been separated.

To an outside observer Wells Fargo has always been a conundrum. On the one hand the public presentation of the enterprise, its vision and values and its ethical code came across as a smooth confection that espoused all that is best about American business. Analysts in the investment community typically viewed it as a highly credible, high-quality institution. On the other hand, for some time the bank has been involved in a series of glaring missteps that reflect poorly on its values and culture in practice. Over the last eight years it has paid over $10 Billion in fines for various misdemeanors. It has been involved in a series of legal cases in the aftermath of the 2008 crash in property values in which it has been accused of acting in its own interests rather than those of its customers and ignoring the human damage left in its wake. Notoriously one of it agents testified on the stand that, “I am not here as a human being, I’m here as a representative of Wells Fargo.” It was dramatic testimony of the extent to which customers can become targets for manipulation (‘muppets’ in the memorable phrase of Goldman Sachs) and employees can become tools and instruments in the cultures of large organizations.

How Did It Happen? 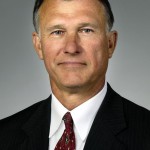 For those not familiar with American banking, Wells Fargo is a mega-bank, the second largest in the world by capitalization and the third largest in the US by assets. It is the product of a 1998 merger between the Minneapolis-based Norwest Corporation and the San Francisco-based Wells Fargo & Company and the 2008/9 acquisition of Charlotte-based Wachovia. These large constituents are themselves products of myriad mergers and acquisitions as the fragmented American banking industry has undergone a giant industry ‘roll-up’ over the past few decades (the number of banks has fallen by about two-thirds since the peak of 18,000 in 1984). ‘Wells Fargo’ is now the brand umbrella under which all these component organizations operate. The deals that created the mega-bank were driven by Richard M. Kovacevich, who was appointed CEO of Norwest Corporation in 1993. An unconventional banker with a marketing and retail background, he eschewed mindless cost-cutting and the move toward impersonal banking via ATMs to concentrate on relationship banking. He focused on smaller customers, checking accounts deposits and small businesses. If employees were well-trained and made to feel valued, they would appreciate their customers more and develop the cross-counter relationships necessary to enable cross-selling: Kovacevich created a cult of cross-selling and it was the success of this strategy that subsequently allowed Norwest to grow through a series of mergers and acquisitions.

The challenge of preserving an enabling corporate culture is particularly acute for firms that grow rapidly through merger and acquisition. Bringing together diverse cultures tends to result in the triumph of the lowest common denominator – things that everyone can live with. Here is one of the most likely sources of Wells Fargo’s problems. It is now huge – nearly 270,000 employees and it was formed by the merger of three very different cultures. Norwest (57,000 employees in 1998) was a decentralized retail-oriented sales culture that was branch (“store”) heavy. Wells Fargo (32,000 employees in 1998) was a much more centralized organization with a marketing offering that was said to resemble that of a “Soviet grocery-store”! Wachovia, which was acquired in 2008/9, had 120,000 employees at the time. Wachovia itself had grown through hundreds of acquisitions so it is difficult to know how to describe its culture. Certainly it did not share Norwest’s friendly sales ethos. Any student of management culture would have real concerns that a strategy that had worked in Norwest, although it might be stretched to cover the original Wells Fargo, would risk failure when applied in the much larger Wachovia operation.

The Root Cause – the Cartesian Mindset

At the root of problems like these in large organizations is the Cartesian mindset that pervades Anglo-American management practice and thought. It views management as a technical practice, requiring an instrumental means-ends rationality to find the most efficient means to reaching ends that are often set externally (e.g. maximize shareholder value). It pays lip-service to culture and little attention to context, history and narrative. People are treated as tools and objects – means-to-an-end, not as subjects, that is, as ends-in-themselves. Ethics are addressed by the production of an ethical code – abstract rules – with which employees are expected to comply. It’s a top-down process that puts the entire onus on the employee and gives management a free hand to hammer as hard as it likes at meeting stretch performance targets also set top-down. As a result the long run is treated as series of short-terms and when you do that crises like those now faced by Wells Fargo and perhaps America as a whole, are the inevitable consequence.