← Wading Through the Swamp – the Radical Power of Ecosystems-as-Processes True But Useless: Why So Much Management Advice Sucks (and what to do about it). →

The Engineer and The Gardener: Management Science Versus Complexity Science 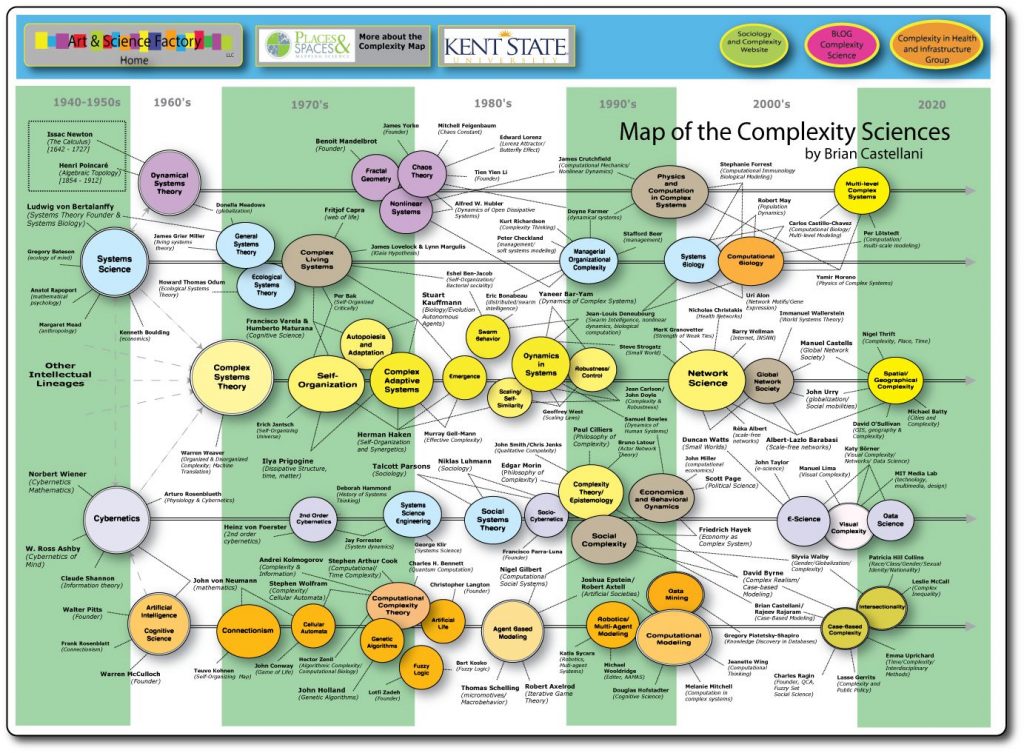 The concept of management as a science has its origins in the aftermath of World War II. During that conflict the use of analytical disciplines drawn from operations research proved enormously useful in decision-making. After the war the hope was that the business use of operations research would form the basis for a science of management that used rational, evidence-based techniques and analytical methods to inform and improve decisions of all kinds.

The result was what I think of as a “Cartesian” theory of management that assumed that:

Managers are portrayed as a detached, objective observers in search of “facts” and using deductive logic to predict and control the performance of organizations. They achieve this via the making of decisions and the issuing of crisp, actionable instructions accompanied by the appropriate rewards and sanctions. It is highly numerate view, with the mantra that “If it can’t be measured it can’t be managed” and even “If it can’t be measured it doesn’t exist.” Thought precedes action and the highest form of thought is conscious, deliberative, instrumental ‘scientific rationality’. Thus, management is a technical practice, like engineering, that demands the application of context-free principles in the efficient pursuit of goals that are often given externally. Deviations from this normative practice are the results of a host of human cognitive biases that stand in the way of managers achieving the gold standard of deliberative rationality.

The Cartesian Theory of Management is highly compatible with a neoclassical economics perspective that views individuals as self-interested rational actors, making rational choices in pursuit of their personal goals. Philosophically it is positivist, believing in the unity of scientific inquiry across the natural and human sciences, whose purpose is to predict and explain. Only the application of a values-free, scientific method in a subject-object relationship that objectifies the world (and its inhabitants) can produce true knowledge.

Complexity science, by contrast, views organizations as complex adaptive systems formed by ecological/evolutionary processes. At any moment in time one is looking at the product of idiosyncratic beginnings and path-dependent processes. The key point is that every organization is unique: history and context matter. People too can be viewed as complex systems that are the product of biological, ecological and evolutionary processes. The universe may be made of matter, but we live in worlds of significance, of ‘what matters’. Our minds are embodied, not just ‘embrained’. Action precedes thought, for we are born alive and struggling. We are not logic machines, but makers of meaning, constantly searching for answers to existential questions: Who are we? Why do we matter? What’s our mission? We create and maintain our identities through stories, narrative ‘centers of gravity’, that explain why things happen in life. Evolutionary psychologists suggest that our minds function like a set of special-purpose apps, cobbled together by evolution. These conferred adaptive benefits on us in the environments in which we evolved. We can ‘think’ about the world in just as many ways as we experience it and most of this cognitive activity is unconscious. Reason did not evolve to allow individuals to think through issues and make better decisions. It evolved to allow individuals to rationalize decisions that they had already made for largely unconscious reasons.The unit of survival is the collective, not the individual, and a group can reach better decisions when passionate people make evidence-base arguments for very different courses of action. From this perspective, management is a moral practice, requiring a practical wisdom to make collective judgements under Knightian uncertainty. The stance of the manager is that of an immersed participant, a gardener rather than an engineer, engaged in what has been called ‘absorbed coping’.

Philosophically complexity science is pragmatic – it does not replace management science; it embraces and contains it, restricting its use to complicated problems rather than complex ones. As Richard Rorty wrote of pragmatism, “It views science as one genre of literature – or, put the other way around, literature and the arts as inquiries, on the same footing as scientific inquiries. Thus it sees ethics as neither more “relative” or “subjective” than scientific theory, nor as needing to be made “scientific”. Physics is a way of trying to cope with various bits of the universe; ethics is a matter of trying to cope with other bits. Mathematics helps physics do its job; literature and the arts helps ethics do its. Some of these inquiries come up with propositions, some with narratives, some with paintings. The question of what proposition to assert, which pictures to look at, what narratives to listen to and comment on and retell, are all questions about what will help us get what we want (or about what we should want.)”

Thus, complexity science can be seen as a grand, sense-making narrative that embraces multiple perspectives, using concepts and tools from many disciplines. It is not a unitary science with rules and principles that can be ‘applied’, only heuristics, rules of thumb, that can be invoked and tested as needed. It should be thought of as a vocabulary of practice that deals with action rather than contemplation, a portfolio of frames and metaphors to be activated in the minds of inquirers. These will include both analytic methods familiar in the natural sciences as well as the analogical modes of inquiry found in the humanities and the arts. These are our resources for coping with uncertainty.

Rorty always contended that, in its search for certainty, Positivism had tried to erect Science as an idol to fill the space once held by God. Pragmatism contends that there is no ultimate authority, nothing outside of ourselves to which we can appeal. In short, there is no ‘them’; there is only ‘us’. That too is the message of Complexity Science.

This entry was posted in General, Leadership, Strategy, Uncategorized and tagged Cartesian Theory of Management, change, complex adaptive systems, complex systems, Descartes, Knightian uncertainty, management science, meaning, positivism, pragmatism, Richard Rorty, scentific rationality. Bookmark the permalink. ← Wading Through the Swamp – the Radical Power of Ecosystems-as-Processes True But Useless: Why So Much Management Advice Sucks (and what to do about it). →