← Claiming Our Humanity in a Digital Age: Big Questions in Vienna The Ecodynamics of Donald Trump: Can The Centre Hold? →

Pope Francis and the Environment – Transformational Leadership in Action

A version of this post appeared earlier this year in the blog of the Drucker Society of Europe: 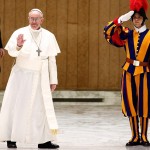 To students of management Pope Francis is a fascinating study in leadership and organizational change. From his surprise election as an outsider, the first non-European Pope in 1300 years and the first Jesuit in history, to his well-publicized efforts to shake up an aging institution by revisiting its mission and purpose, he exemplifies the behavior of a charismatic, transformational leader. His many actions to distance himself from the trappings of power that he believes separate him from the reality of the situation on the ground have been well documented. Now he has written a powerful, brilliantly-crafted papal letter (encyclical) on the environment, arguing that if the mission of the Catholic Church is “to serve the poor”, then degradation of the planet is the primary obstacle to this effort, because the poor suffer more than anyone else from the unintended consequences of headlong economic growth.

The encyclical is an astonishing document, written by a high-context, non-linear thinker, who takes a systemic, process view of organizations, institutions and the planet as a whole; “We are faced not with two separate crises, one environmental and the other social, but rather with one complex crisis which is both social and environmental. Strategies for a solution demand an integrated approach to combating poverty, restoring dignity to the excluded, and at the same time protecting nature.”

Although Catholic dogma is ever-present, the real topic is our modern, technocratic culture and the dynamics that sustain it. The problem suggests the Pope, is that our scientific and technological progress has outstripped our social and moral development: “… we still lack the culture needed to confront this crisis. We lack leadership capable of striking out on new paths and meeting the needs of the present with concern for all and without prejudice towards coming generations.”

The Pope acknowledges that, while overly literal interpretations of the Bible may have been used to justify the unilateral exploitation of the planet’s resources, the true problem lies deeper than that; “The basic problem goes even deeper: it is the way that humanity has taken up technology and its development according to an undifferentiated and one-dimensional paradigm (his emphasis). This paradigm exalts the concept of a subject who, using logical and rational procedures, progressively approaches and gains control over an external object. This subject makes every effort to establish the scientific and experimental method, which in itself is already a technique of possession, mastery and transformation. It is as if the subject were to find itself in the presence of something formless, completely open to manipulation.” The true motive behind the use of this paradigm, suggests Pope Francis, is neither profit nor the well-being of society, but power.

How do we reconcile the enduring human needs for purpose, meaning, fulfillment, dignity, caring for others and community with technologies that pervade and disrupt many aspects of our lives? This is the central question for the 7th Global Drucker Forum. The forum’s launch document asks whether the problem is with our current management model and the technocratic, rationalistic mindset that often accompanies it.

The encyclical suggests that this may indeed be the root cause of our malaise. While the encyclical does not address the assumptions that underpin management directly, the Pope makes several business-related comments: “To stop investing in people, in order to gain greater short-term financial gain, is bad business for society,” and “Purchasing is always a moral – and not simply an economic – act.” He also lends his support to the criticism of the shareholder value movement, “The principle of the maximization of profits, frequently isolated from other considerations, reflects a misunderstanding of the very concept of the economy. As long as production is increased, little concern is given to whether it is at the cost of future resources or the health of the environment; as long as the clearing of a forest increases production, no one calculates the losses entailed in the desertification of the land, the harm done to biodiversity or the increased pollution. In a word, businesses profit by calculating and paying only a fraction of the costs involved.” Clearly Pope Francis has heard of “externalities” and the problems that plague measures of prosperity such as GNP.

It is also clear that the “undifferentiated and one-dimensional paradigm” that Pope Francis refers to is what is usually described as “modernism”. It was on the basis of such assumptions that the business schools of America were reformed in the late 1950s. In a bid to make management a social science, methods from the natural sciences were applied directly to human organizations. The search was on for facts within a value-free discipline. Under the influence of mainstream economics, individuals were seen as rational egoists maximizing their own utility and, as detached “objective” observers, using others as instruments for this purpose. Thus, from the encyclical’s perspective, management based on modernist principles and the instrumental rationality it embraces is manipulative to its core.

What Is To Be Done?

Pope Francis realizes that what he is calling for is a major transformation, a change in habits and the adoption of sound virtues; “There can be no renewal of our relationship with nature without a renewal of humanity itself…. We urgently need a humanism capable of bringing together the different fields of knowledge, including economics, in the service of a more integral and integrating vision. Today, the analysis of environmental problems cannot be separated from the analysis of human, family, work-related and urban contexts, nor from how individuals relate to themselves, which leads in turn to how they relate to others and to the environment.”

His call is for new dialogues, on the role of faith and the role of reason, and among the different sciences, so that they do not become enclosed in their own language. All this is in the service of what he calls an “integral ecology”, a new synthesis of faith and reason, and based on a new relationship between humans and nature. From this perspective, the 7th Global Drucker Forum can be seen as an important station on our journey.

This is one of  a continuing series about the Roman Catholic Church and Pope Francis’ role as a transformational leader. For the first one before his election see here. Those about Pope Francis are here, here, here and here.