← Principles and Paradigms: The Debate Continues Why Strategy Has Lost Its Mojo → 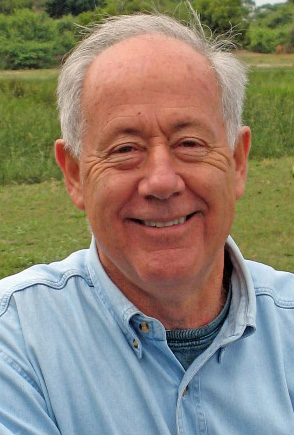 This week my blog is devoted to republishing (with his permission) Richard T. Pascale’s column from the January 25, 1982 edition of Fortune magazine. It’s an oldie but goodie not available elsewhere online. Much has changed since he wrote the piece but it still makes for good reading and is relevant to the current debate about the role and status of strategy as a management concept.

Fortune’s recent four-part series, “New Management Strategies,” traced the dominant strategic concepts of the Seventies, such as the experience curve and portfolio theory, and outlined a new generation of ideas that seemed destined to satisfy the insatiable American appetite for such material. But why do we, as compared with the Japanese, for example, make such a fuss about strategy in the first place? Why was an entire decade’s worth of managers swept away by concepts that in the final analysis have been found quite misleading? Why do we stand ready to accept the “new wave” concepts of the Eighties with undiminished enthusiasm?

Our strategy fetish is a cultural peculiarity. We get off on strategy like the French get off on good food or romance. The very term stirs something within us. It evokes images of Napoleon or MacArthur masterfully turning the tide of battle with a bold vision. There is something masculine about it too – and high status. It seems fitting that corporate leadership concern itself with strategy. Not surprisingly, the $300-million-a-year management-consulting industry has latched onto “strategic concepts” as the best potion for arousing corporate chieftains since firewater.

Bruce Henderson, founder of the Boston Consulting Group and guru of corporate strategists, recently published his second book, Henderson on Corporate Strategy, now in its fifth printing. I gave it to a number of Japanese executives and solicited their reactions. Their response was consistent. While not dismissing it out of hand, they wondered what all the fuss was about. To them it seemed obsessive and overly intellectualized.

Their reaction wasn’t surprising. During the Seventies most major U.S. consulting firms opened offices in Japan. Their expectation, based on the vast Japanese appetite for American control systems and technology, was that clients would flock to their doors. Instead, Japanese clients kept them at arm’s length, confining them to narrow studies and intelligence gathering on U.S. and European competitors. The consultant’s strategic concepts, so enthusiastically embraced in the U.S. were received with courtesy and veiled skepticism in Japan. Any literate Japanese manager could look about him and identify dozens of Japanese companies that defied strategic concepts and succeeded brilliantly. In musical instruments, for example, a mature industry facing stagnation as birthrates in the U.S. and Japan declined, Yamaha should have classified its products as “cash cows” and gone onto better things.. Instead, beginning with a negligible share of the U.S. market, Yamaha plowed ahead and destroyed the dominance of well-established U.S. competitors.

The Japanese view our excitement over strategy as we might regard their enthusiasm for Kabuki or Sumo wrestling. They study our habits not with the intent of cultivating a taste for them but for insight into our culture and our vulnerabilities. The Japanese are ever distrustful of “concepts,” for in their view any idea that focuses attention does so at the expense of peripheral vision that picks up changes in the customer or technology or competition, and so is key to corporate survival over the long haul. They regard our propensity to be guided by strategic formulas as a weakness.

The Japanese don’t reject concepts such as the experience curve or portfolio theory outright; they regard them as a stimulus to perception. They also try to ferret out the “formula” of their “concept-driven” American competitors and exploit our inflexibility. YKK’s success in zippers against Talon (a Textron division) and Honda’s conquest in the motorcycle field over Harley-Davidson (then an AMF subsidiary) are sobering illustrations. Both American conglomerates were wedded to the portfolio concept and regarded these as products to be milked rather than nourished and defended.

The consultants and academics who invented strategic concepts protest that the theories were never intended to be mindlessly applied in setting strategic direction. Most would also agree that there is a widespread tendency in American corporations to misapply concepts, to become obsessed by a magic formula, and to ignore the marketplace, the customer, and the problems of execution.

The Japanese avoid these pitfalls by avoiding master strategies. In our recent awe of things Japanese, most Americans forget that that the original products of the Japanese automotive manufacturers badly missed the mark. Toyota’s Toyopet was square, sexless, and mechanically defective. It failed miserably, as did Datsun’s first several entries into the U.S. market. More recently, Mazda miscalculated badly with its first rotary engine and nearly went bankrupt. Contrary to myth, the Japanese did not from the onset embark on a strategy to seize the high-quality small-car market. They manufactured what they were accustomed to building in Japan and tried to sell it abroad. Their success, as any Japanese automotive executive will readily agree, did not result from a bold insight by a few big brains at the top. On the contrary, success was achieved by senior managers humble enough not to take their initial strategic positions too seriously. What saved Japan’s near-failures was the cumulative impact of “little brains” in the form of salesmen and dealers and production workers, all contributing incrementally to the quality and market position these companies enjoy today. Middle and upper management saw the primary task as guiding and orchestrating this input from below rather than steering the organization from above along a predetermined strategic course.

The Japanese triumphs should lead us to re-examine our folklore about strategy. Most graduates of business schools over the past 15 years have been exposed to the case of Timex – used in the classroom to demonstrate the power of strategy. The case describes Timex emerging from World War II as a mass producer of fuses and timing mechanisms for bombs and projectiles. Seizing on its ability to produce semi-accurate timekeeping devices, the story goes, it repackaged them as wristwatches and revolutionized the world watch industry.

Such is the folklore. In truth, Timex was in despair at the end of World War II as its government contracts ended. From the bowels of the organization came the suggestion that the company might peddle the riveted-together timing devices as watches. Having no alternative, Timex tried; prototypes were produced and a small sales force was recruited to sell them through traditional channels. The jewelers, who made a sizable income from watch repair, rejected the notion of a cheap watch that could be used for a while and thrown away. As a last gasp for survival, Timex tried drugstores, which like the idea of a new novelty item. Only gradually did Timex come to embrace its role as a mass producer and marketer of watches and a revolutionary force in that industry.

The “Timex strategy” has been sold to us as a “big brain” strategic coup: in fact, it conforms more closely to the iterative Japanese process of trial and error. A whole generation of business-school graduates has been (and continues to be) exposed to what amounts to a pedagogical deceit. Timex is used to teach the folklore of what our corporate culture wants to believe rather than as a powerful illustration of how a success story evolved from experimentation and paying attention.

In recent months a number of observers have been nibbling at the edges of our managerial addiction to strategic concepts. McKinsey & Co.’s studies of excellent companies point inescapably to the conclusion that long-term success does not lie in concepts. It depends on an organization’s ability to pool the small incremental improvements and insights of the “antennae” of an organization – its salesmen and engineers and workers – to keep an edge on the competition. This dissenting point of view was stated forcefully eighteen months ago in “Managing Our Way to Economic Decline,” an award-winning article in the Harvard Business Review by William J. Abernathy and Robert H. Hayes, both professors at Harvard Business School: “These new (strategic) principles, despite their sophistication and widespread usefulness, encourage a preference for (1) analytic detachment rather than insight that comes from ‘hands-on’ experience, and (2) short-term cost reduction rather than long-term development of technological competitiveness. It is the new managerial gospel, we feel, that has played a major role in undermining the vigor of American industry.”

The Japanese don’t use the phrase corporate strategy. They think more in terms of “strategic accommodation,” underscoring their belief that corporate direction evolves from and incremental adjustment to unfolding events. Rarely, in their view does one leader (or a strategic planning group) produce a bold strategy that guides the group unerringly. Far more frequently, the input is from below. It is the ability of an organization to move information and ideas from bottom to top and back again in a continuous dialogue that the Japanese value above all things. As this dialogue is pursued, what in hindsight may be called “strategy” evolves.

One Response to Our Curious Addiction to Corporate Grand Strategy