← Obama and Romney: Prisoners of the System? Renewal in the West: Nature Bats Last →

In Praise of Ecological Rationality: The Return of Practical Wisdom to Management 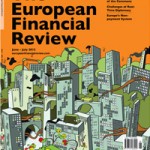 This is the title of the article of mine published last week by the European Financial Review. It begins like this:

Just over fifty years ago in America a concerted attempt was made to professionalize the field of management and set it on the path toward becoming a science in the mould of economics. Executives and their war stories were expelled from the academy and gradually replaced with freshly-minted PhDs in functional disciplines, like finance, accounting, production, marketing, statistics and so on. Business experience was no longer regarded as necessary for researchers, as the hunt began for context-free management principles. The “gold-standard” for management rationality was instrumental and oriented towards the pursuit of effective means to achieve desirable ends. The economists called them “rational-agents”. Management, it was hoped, could aspire to become a profession, like the law or medicine.

Initially this emphasis on the functional disciplines seemed to serve the business schools and their clients well. America was the only large industrial economy to come through World War II with its infrastructure intact. The widely anticipated post-War slump failed to materialize and a baby and consumer boom ensued. The war had spurred numerous technological developments that now began to play their way out into the consumer sector. The priorities of the largest American corporations were growth, economies of scale and the production of more of the same.

This does not mean that all was smooth sailing in the management academy. Periodic oscillations between “left” and “right” wing views of human nature have been a feature of the field since the beginning of the 20th century and the emergence of a formal “scientific” approach in the late 1950s did not change this. There was constant friction between the proponents of “rigour” and the champions of “relevance”. Indeed the field has recently been described as a “battleground” between radically different views of human nature….

To continue reading the article, go to the European Financial Review. My blog continues below with some further thoughts on the relationship between theory and practice: 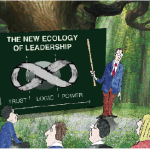 Last week I heard America’s sage, Yogi Berra’s quip “In theory there is no difference between theory and practice. In practice there is.”

It ties in rather nicely with an article I have just finished reading. It is by by management academics Jorgen Sandberg and Haridomos Tsoukas; “Grasping the Logic of Practice: Theorizing Through Practical Rationality” (Academy of Management Review, 2011, Vol. 36. No. 2, 338-360). In it they contrast what they call “scientific rationality”, the rationality of the natural sciences that the social sciences have been pursuing for past half-century and more, with what they call “practical rationality”.  Some of the key contrasts are as follows:

The patron saints of scientific rationality are Rene Descartes and Immanuel Kant and the modern philosophers of science who built on their ideas. Criticism of scientific rationality has come from several sources. There have been internal fights over many issues and many scientists have not accepted its relevance to what they do. Physicist Richard Feynman famously remarked “The philosophy of science is about as useful to scientists as ornithology is to birds”.

External criticism has come from several directions. The pragmatists John Dewey and William James stressed the importance of experience and context. As James points out, we are always “in the game”, never onlookers or bystanders. The European existentialists, hermeneutists and phenomenologists have argued that existence precedes everything else. Unfortunately their writings are bywords in obscurity, with those of Martin Heidegger leading the pack.

So what is a practical manager to make of the relationship between theory and practice? The ecological perspective suggests immediately that it’s a “both…and” relationship rather than “either/or”. The sweet zone in the center of the ecocycle can be seen as a space in which theory and practice continually play, informing and correcting each other. The Japanese concept of ba is useful here: “a shared context in motion in which knowledge is shared, created, and utilized.” What is “applied” in this space is not theory to practice but a philosophy of engagement, immersion in the context, getting one’s hands dirty. The most helpful points of interest are the polarities and contradictions, the discrepancies between what is said and what is done, between plans and their implementation, between the stories told internally and the seamless tales of success supplied to outsiders. These gaps and disconnects provide windows into the organization as it really functions…or not, as the case may be